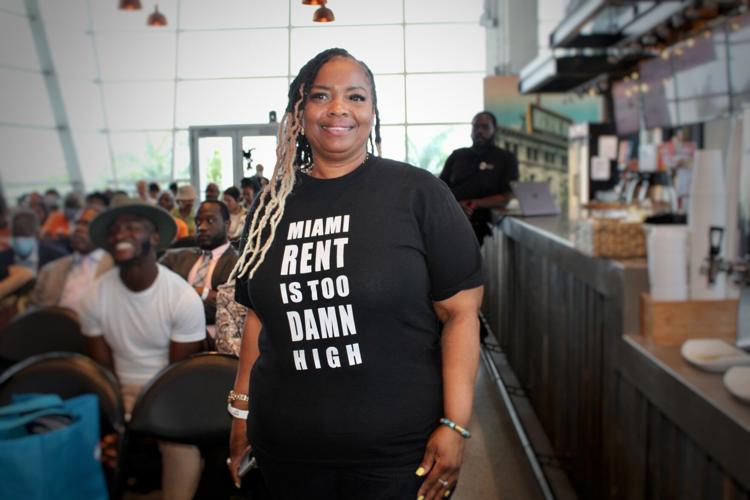 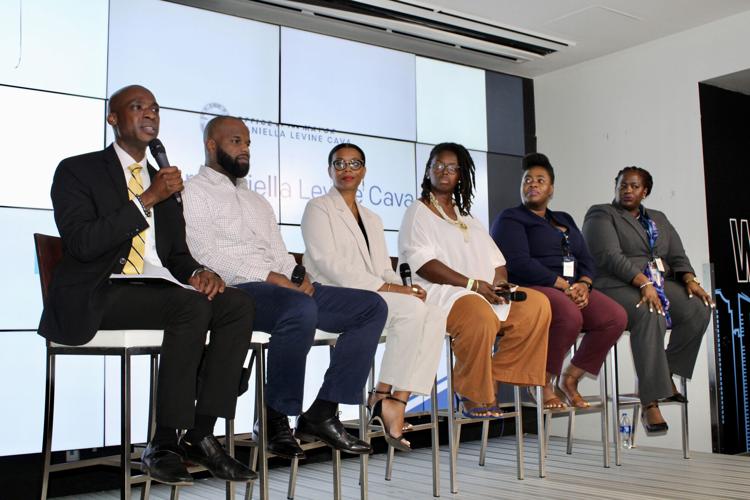 Jason Smith, director of the Miami-Dade County Office of Equity and Inclusion, moderates a five-member panel on civic infrastructure and housing solutions.

The summit was advertised in a news release as an effort to "find solutions to the housing affordability crisis currently affecting county residents." It took place between 8 a.m. - 6 p.m., at LoanDepot Park stadium, including a string of panel discussions and several workgroup sessions.

Those in attendance ranged from tenants, service providers, and civic groups to builders, national and local experts in housing and community development, and government officials.

During the summit, Mayor Daniella Levine Cava announced a new goal to have at least 18,000 units of affordable and workforce housing in financial closing by the end of 2023, to add to the 14,000 units already in the pipeline.

She also announced a partnership with the Miami-Dade County Public Schools to develop new workforce housing projects for teachers at three properties owned by the School Board, as well as a commitment of up to $100 million from the Healthy Housing Foundation to invest in affordable housing.

“Seeing leaders from across sectors come together to work side-by-side on solutions gives me renewed hope that together, we will build a more equitable Miami-Dade where all people can afford to live, work and thrive,” Said Mayor Levine Cava.

The summit came on the heels of a two-day visit by HUD Secretary Marcia Fudge, who called Miami the "epicenter of the housing crisis."

Look for an in depth report on the daylong summit in next week's Miami Times.