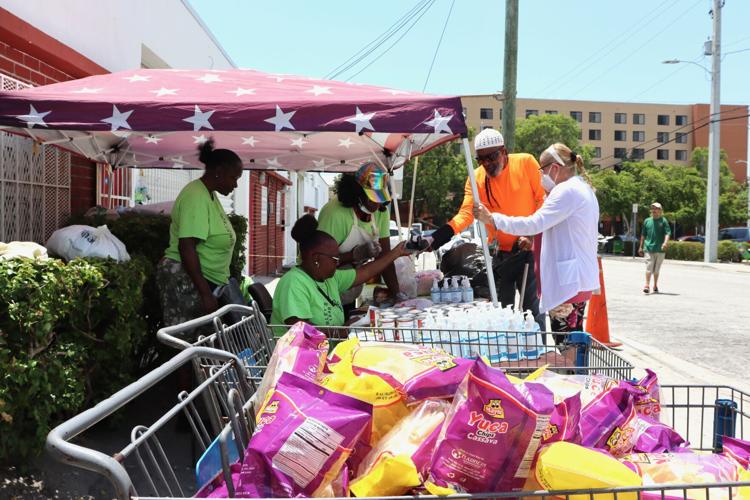 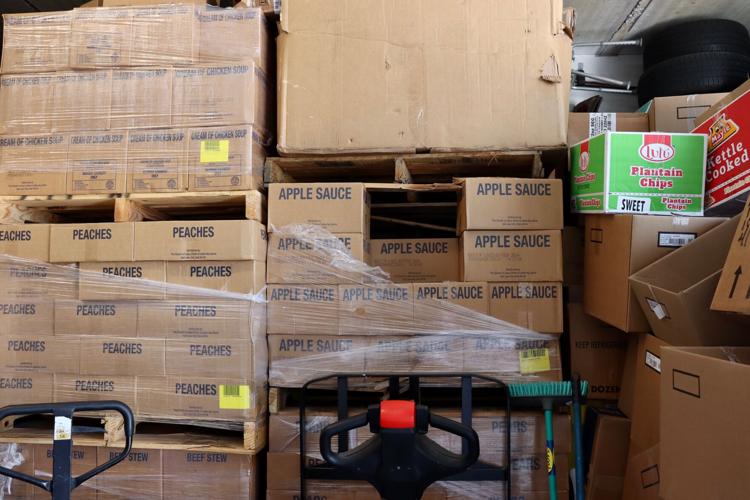 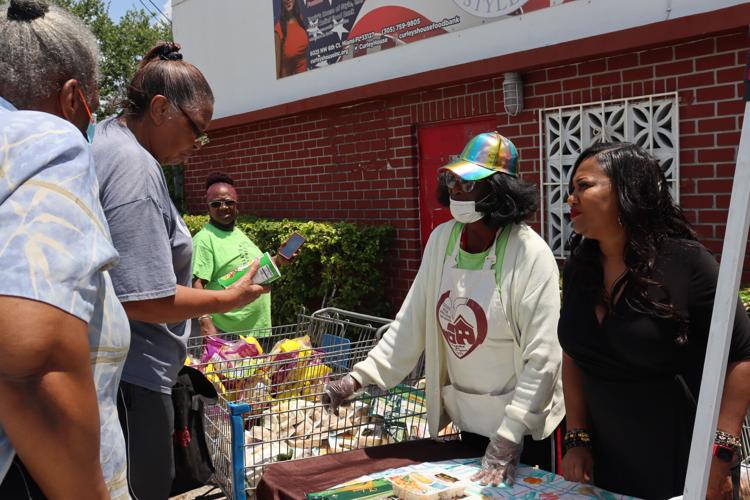 For two years, local food banks have been dealing with increased demand for assistance from those greatly affected by the pandemic. Now, these food banks face even more pressure as the cost of everyday goods continues to increase amid supply chain shortages worsened by Russia’s invasion of Ukraine – leading families to seek help putting food on the table.

Curley’s House of Style, Inc. – Hope Relief Food Bank in Liberty City has witnessed a jump in clients in the last few months. From serving 200 people on the organization’s busiest days, Tuesdays and Thursdays, it now sees close to 400, says founder and executive director Lavern Spicer.

She expects to see an even bigger increase due to rising grocery prices combined with the costs of gasoline and rent that don’t appear to be slowing down anytime soon.

“Everything in the economy is the highest that it’s ever been,” she said. “Miami is one of the most expensive places in the country right about now. When you take a look at that, that’s forcing people to decide, am I going to pay my rent this month or am I going to be able to get groceries to eat?”

As the nation grapples with the biggest cost-of-living increases it’s seen in decades, Florida has also scaled back food stamp benefits, or SNAP. Month by month, families who get help buying groceries through the federal program are seeing their benefits drop, as reported by the Associated Press.

Located at NW 60th Street and Sixth Court, the majority of Curley’s House’s clients are seniors, but no one gets turned away from receiving any food, clothing, disinfectants or baby items that are needed, regardless of age.

“[But] we’re not really seeing an increase in supplies,” due to inflation, said Spicer, who is currently running for Florida’s 24th Congressional District.

In 2020, Curley's received nearly $1 million in COVID-19 relief funding and an additional $200,000 from Miami-Dade County. This year, it received $300,000 in county grants, but in order to keep its doors open to feed the volume of people lining up, it often has to pull out money from its own pocket.

“It affects us tremendously because we’re already short on staff, so we really have to work hard and come together to make sure that we are able to properly serve these people,” Spicer said.

Curley’s currently has 10 employees, which differs from its pre-pandemic days when it used to take in volunteers looking to gain community service hours.

Similarly, Glory Temple Ministries does not have enough staff to take on the added volume of people and inflated prices. Pastor Ronae Cambridge, who founded the West Little River church that also serves as a food pantry, says she’s currently down to 12 staff members from 25.

“People are not volunteering like they were before,” she said. “We have even had to go in line and ask people, can you volunteer? Can you fill out an application? We really need your help. And some of them, if they’re able [to], we’ve had a couple of volunteers that way.”

According to Cambridge, who founded the church alongside her husband 22 years ago and serves as executive director where she oversees all operations, her food pantry saw an increase in demand for hot meals and boxed food that subsided in 2021. The church helped roughly 400 people per week at its location on the corner of NW 22nd Avenue and NW 79th Terrace.

Now, that demand has increased to 600 people, many of whom wait in their cars for hours, queuing up as early as 5 a.m., so that they can be among the first in line. And most are accompanied by their children.

“Most times, we have been servicing those who were low to moderate income,” Cambridge said. “But what we’re seeing now is that expenses are just dragging people down, and people that normally would not even have to [get on] a food bank line find themselves frustrated just to make sure that their families don’t go hungry.”

Global food prices hit a record high in March, surging by 12.6%, according to the Food and Agriculture Organization (FAO) Food Price Index. Additionally, the price for goods and services increased 8.5% from March 2021 to March of this year, the highest since December 1981, per the Bureau of Labor Statistics.

In turn, Cambridge says the church isn’t able to get its hands on a lot of the essential food products it needs, like grains, due to inflation and shortages from suppliers.

“If a family has rice and beans, they can do a meal, but we’re not getting the rice. And a lot of times we would get grains like quinoa,” she said. “Last year this time, we were getting pallets of grains.”

These factors have been weighing on Glory Temple, causing it to make its plea with the community to help keep its food bank’s doors open. Members of the church are currently reaching out to the community for donations by posting flyers and informing others about their newly formed committee and upcoming meetings.

During the pandemic, Cambridge said the church received a one-time $20,000 donation from District 2 Commissioner Jean Monestime and a $10,000 countywide grant from the Miami Foundation in partnership with the county, a program that aided small nonprofits in their financial recovery from COVID-19. However, the food bank has not received government assistance this year.

Taking what they can get

“The price of food is very high right now and to have this amount of people coming every day, it’s hard,” said Emmanuella Fleurimont, who runs Nourishing Souls Food Bank in North Miami. She is the founder and CEO of MJD Wellness and Community Center, a local health care organization that officially launched in 2018.

Located at 1306 NE 123rd St., the food bank has been supported through funding granted by the county last year in the sum of $200,000 and $300,000 this year. Yet, Fleurimont and her four staff members find that it’s expensive to obtain needed supplies – $20,000 used to bring the organization a month’s supply of food. Nowadays, that price cannot even give them half the amount.

Nourishing Souls is having a hard time assisting the community with meals since it has also seen an increase in clients. They have gone from serving up to 50 people daily to an average of 100.

Those needing assistance must call ahead of time to make an appointment to pick up a meal, unless it’s a major food distribution event. The food bank has held monthly food distributions across different communities like Opa-locka and Liberty City for a wider outreach.

“It brings a lot of pressure when you get people that are coming and you cannot give them what they are coming for,” said Fleurimont. “It’s not easy.”

It’s even more difficult when her vendors run low on supplies. When placing an order the last week of April for more rice, she said she didn’t know what to expect. She’s found that some varieties of food are not available at times, so she takes whatever she can get.

Those vendors supply produce to supermarkets as well, but Fleurimont said they are able to calculate the necessary number of supplies that go to these markets whereas they are not prepared to supply food for the unexpected number of food bank clients that have recently risen.

“It’s very challenging,” she said. “[I have to] to see what we can get because even (if it’s just) a small quantity, we need to have something.”