You have permission to edit this article.
Edit
About Us
News
Opinion
Business
Living Black
Sports
Obituaries
Digital Edition
Subscribe
ADVERTISE WITH US!
Share This
1 of 9 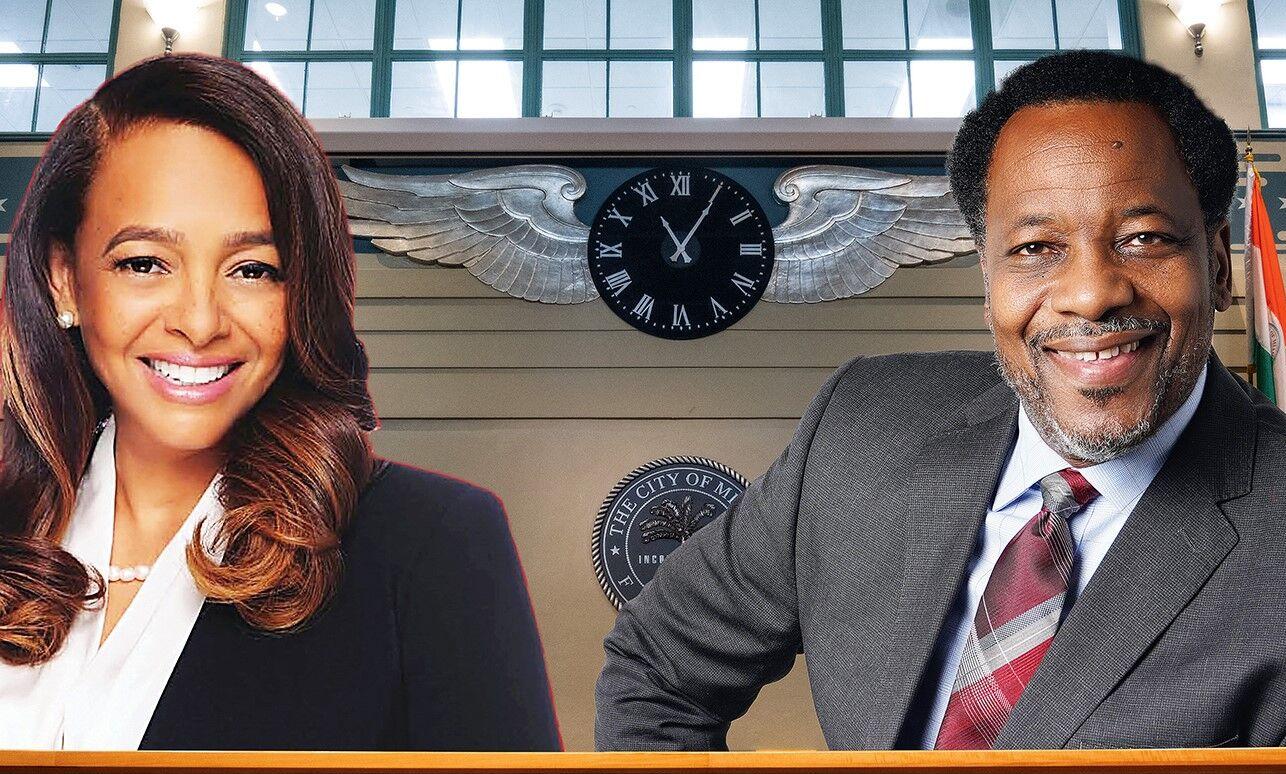 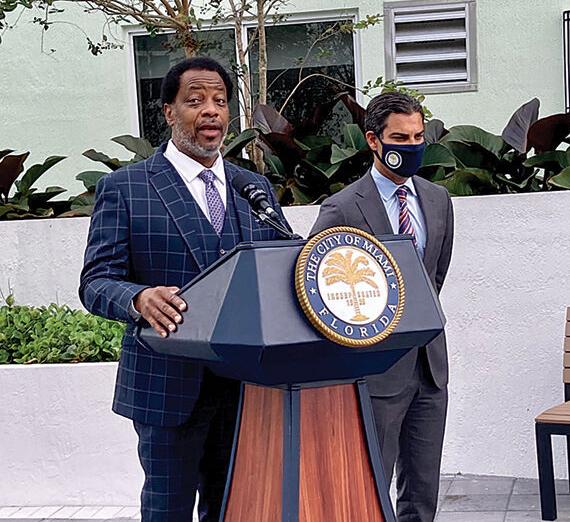 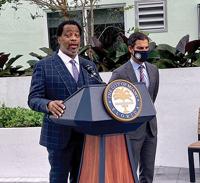 District 5 Commissioner Jeffrey Watson at a press conference with Mayor Francis Suarez, who is expected to endorse Watson in retaining his seat. 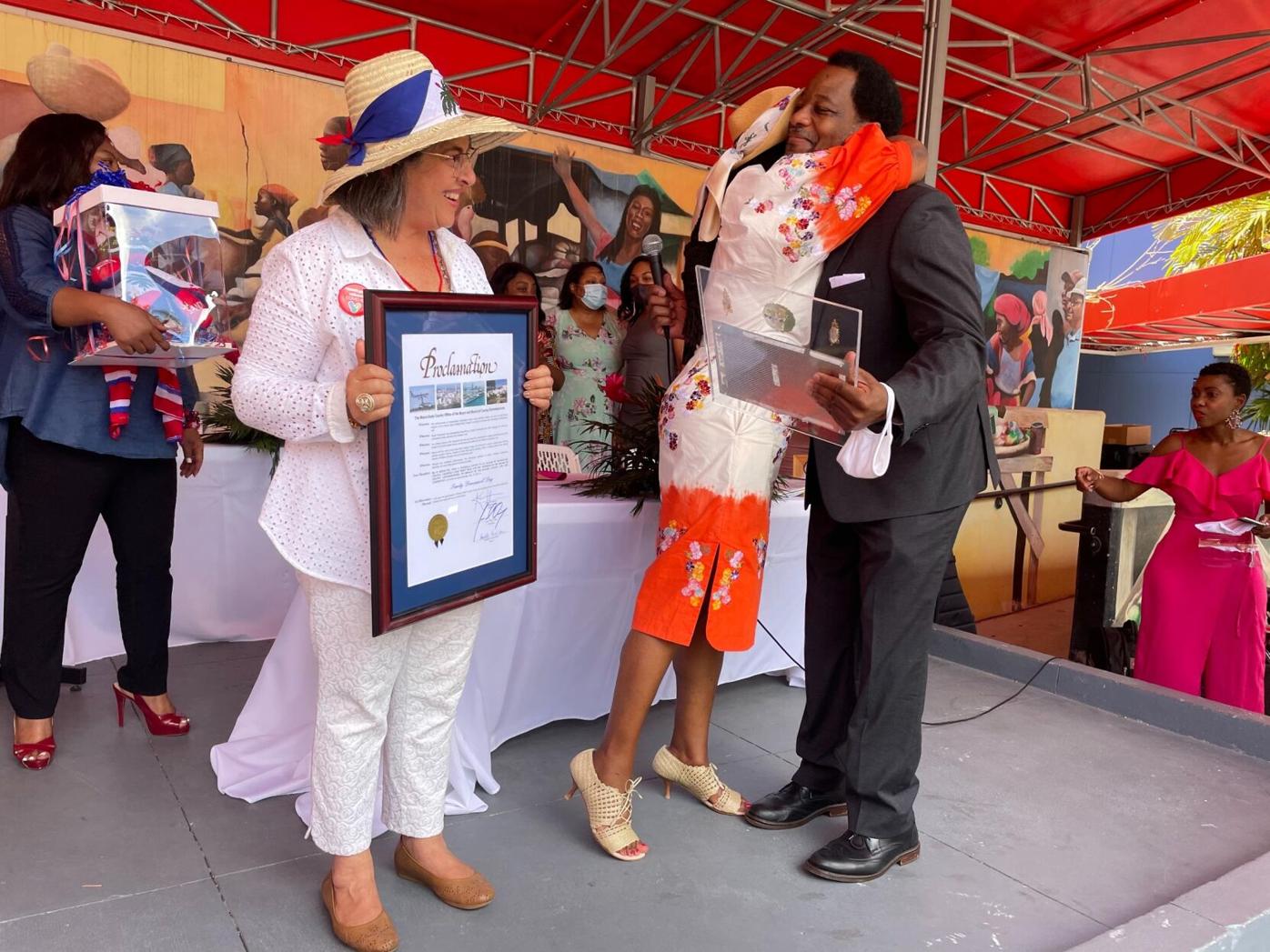 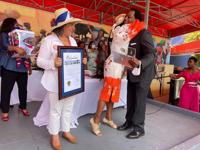 Commissioner Jeffrey Watson being embraced by Sandy Dorsainvil of the Little Haiti Cultural Center and joined by Miami-Dade Mayor Daniella Levine Cava at an event in Little Haiti. The mayor has endorsed King for the District 5 race. 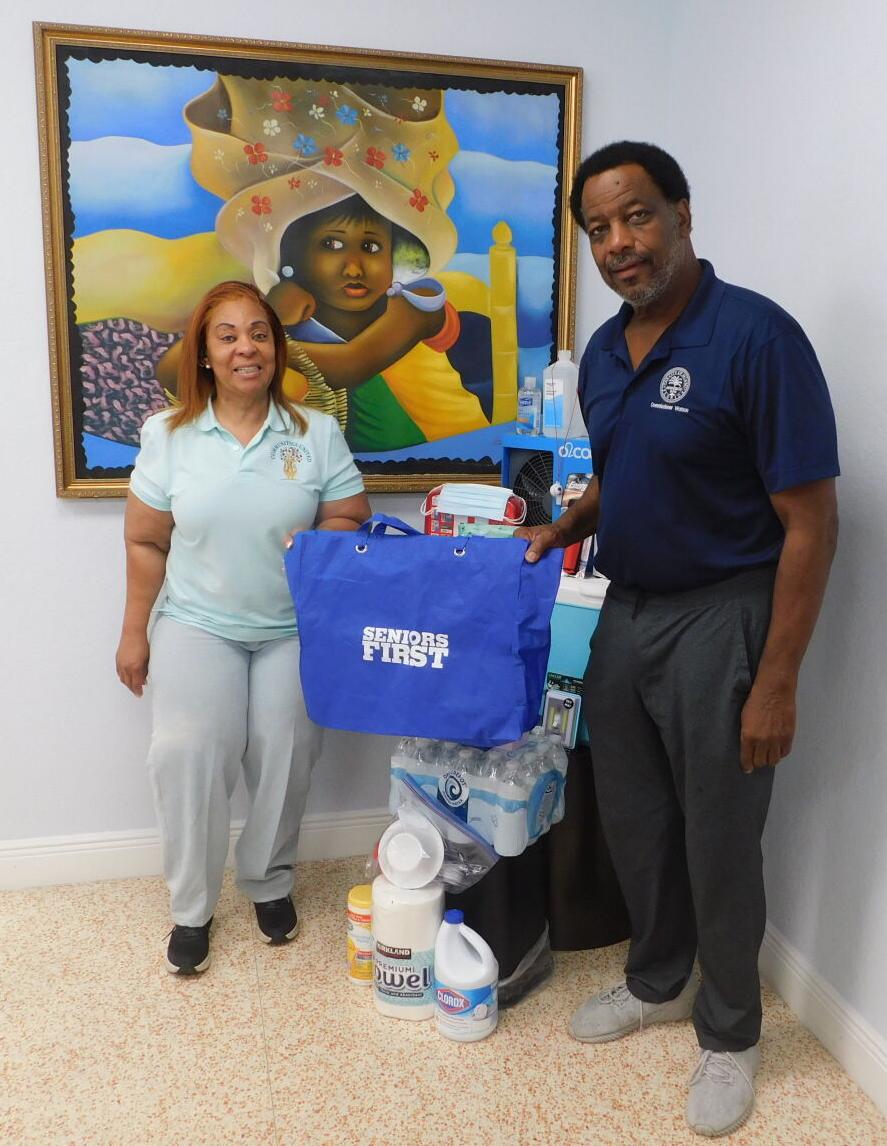 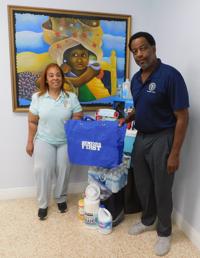 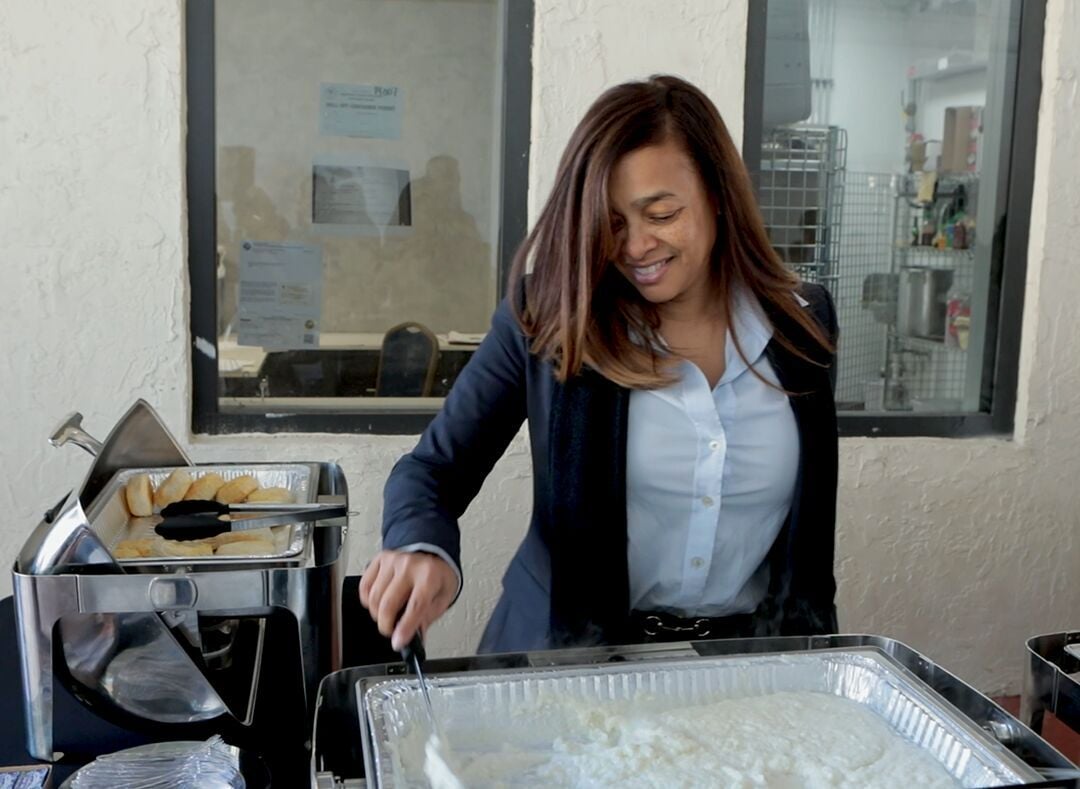 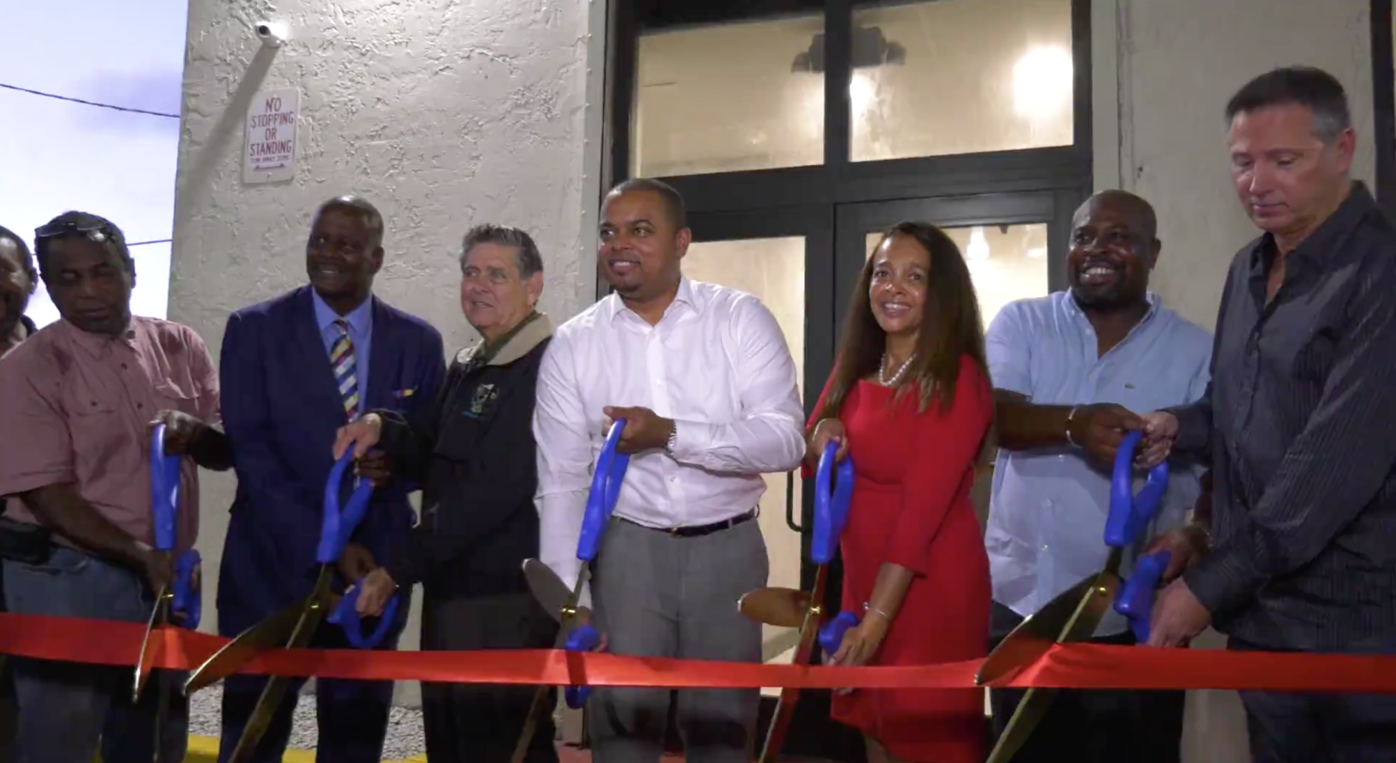 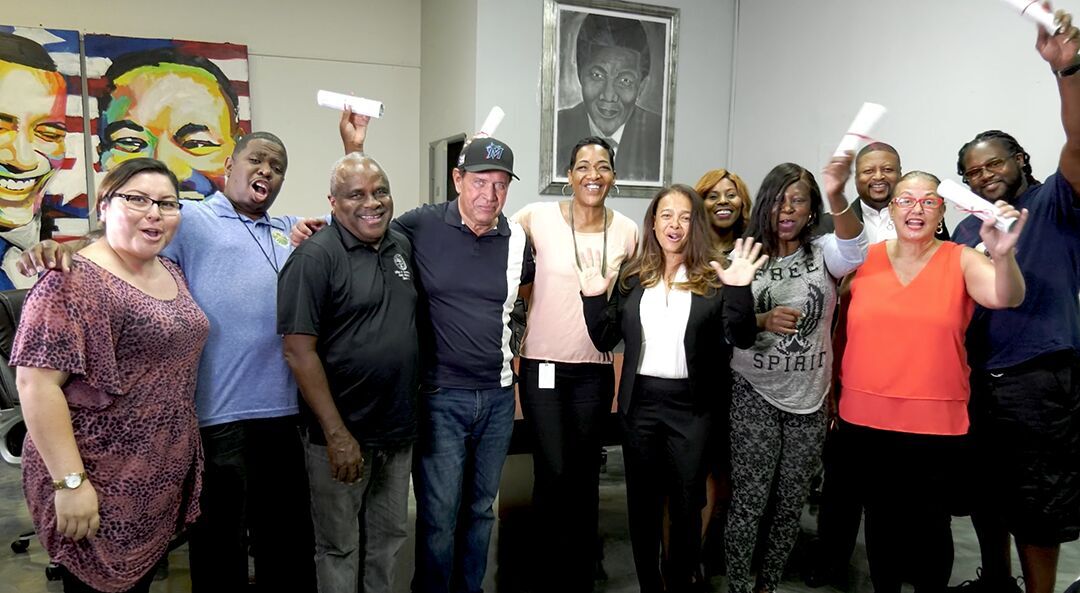 As CEO of the Martin Luther King Economic Development Corporation, Christine King has presided over the Wheels to Work program, which gifts cars to members of the community. 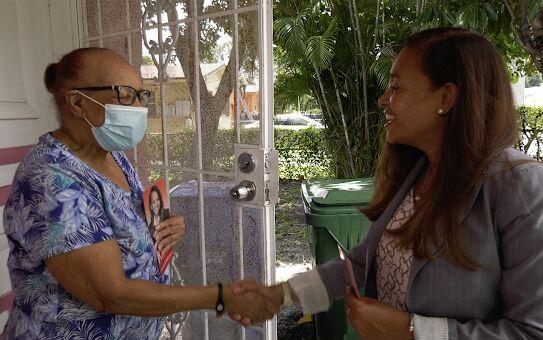 Christine King says the way to win the District 5 seat is by knocking on doors and talking to constituents one-on-one. 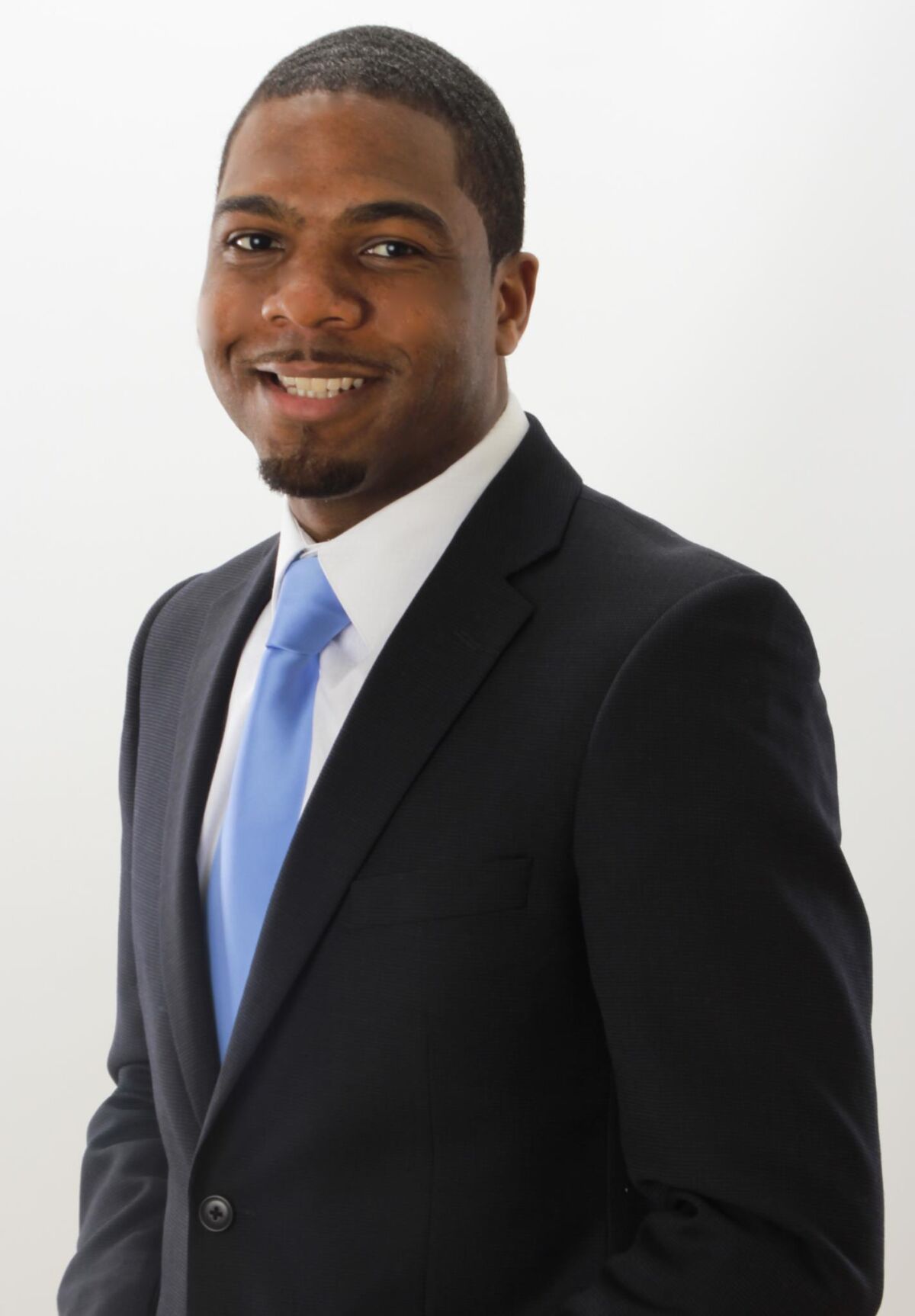 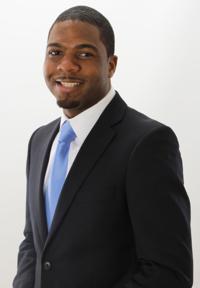 Michael Hepburn is a candidate for the District 5 commission seat.

There was a stack of household items in the corner of Miami City Commissioner Jeffrey Watson’s office, objects like a cooler, bottled water, bug spray, a portable fan, bleach, paper towels, masks, wipes and other items. They were part of a presentation by Communities United. To continue running the nonprofit organization’s Senior First Disaster Preparedness program in District 5, executive director Hattie Willis needed $30,000.

Watson, though, was running late. When he did arrive, he told his aides to call the mayor. A few minutes later, Francis Suarez walked in. Willis gave her pitch. In less than 15 minutes, she received a commitment that the needed funding will come from Suarez and Watson’s discretionary budgets. When the mayor was then asked if he planned to endorse Watson’s campaign to lead District 5, he had a playful response.

“He hasn’t asked for my endorsement yet,” Suarez answered as he pretended to exit before sticking his head back in and asking Watson with a big smile, “Are you running? I saw your billboard!”

The billboard Suarez referred to, located on a lot next to Churchill’s Pub in Little Haiti, simply states “Commissioner Watson. Fighting For Change.” The outdoor campaign ad appeared a couple of days before Sept. 17, when Watson officially submitted his qualifying papers to run for a full four-year term as the commissioner for District 5, an area encompassing the neighborhoods of Liberty City, Overtown, Little Haiti and Little River, as well as Buena Vista, Wynwood, midtown Miami, the Design District, Bayside, Belle Meade, Palm Grove, Shorecrest and portions of Miami’s downtown area.

Watson said he’s running because he wants to continue ongoing programs and initiatives that he set in motion to make District 5, where the median household annual income is $22,760, an economically viable place for its current residents. “Working in the community made me decide that it was important to continue the effort,” Watson said.

However, when he was appointed in November 2020 to finish the final year of Keon Hardemon’s term after he left to take a seat on the county commission, Watson – an economic development consultant and former aide of President Bill Clinton – promised he wouldn’t later run for a full term. That promise was supposedly key in commissioners’ decision to pick Watson over other contenders, or the notion of holding a special election.

Going back on that vow has already drawn rebuke from at least two of his opponents in the District 5 race.

“I actually expected Mr. Watson to do exactly what he did since the day he was appointed, so it’s not surprising that he lied,” stated District 5 hopeful Michael Hepburn, a program coordinator living in Belle Meade.

Christine King, president and CEO of the Martin Luther King Economic Development Corporation (MLK EDC), said if Watson was intent on running, he should have supported a special election like she did. King scoffed at the notion that Watson has work to finish.

“No, he doesn’t have any unfinished business. He is a caretaker … ” King said. “Most of the things he has been doing is just an extension of what Commissioner Hardemon has done.”

But Watson doesn’t feel like he’s been a mere caretaker. During his tenure, he said he saw the challenges the district faced with health care, economic development and affordable housing, and felt that his experience as a commissioner – as well as a civil servant in the City of Miami and in the county in the 1980s – can lead to improvements.

“My service on Dade County’s housing finance authority, as financial director for the City of Miami’s housing department many years ago, my service as a certified HUD consultant, that brings about knowledge and expertise to help solve some of [District 5’s] problems,” said Watson, who was raised in Overtown and now lists an address in Buena Vista as his residence.

King, raised in Liberty City and currently living in Bayside, said she’s been involved in community service since working as a chief constituent officer in the 1990s for county commissioner James Burke. King, an attorney, has been the CEO of the MLK EDC for the past 11 years, a nonprofit currently chaired by Billy Hardemon, uncle of Keon, former District 5 city commissioner and current District 3 Miami-Dade county commissioner.

“My connection to the community is real,” she said.

King vs. Watson vs. everyone else

Backed by county commissioner Hardemon and his politically influential family, King was considered a front-runner in the District 5 race prior to Watson officially filing his candidacy.

In contrast, most of King’s competitors have raised far less campaign cash. Hepburn has a campaign chest of $27,926.68, most of which came from Hepburn himself. Palm Grove resident Stephanie Thomas, an assistant to the director in the City of North Miami’s community planning and development department, has $6,220.21. Francois Alexander, a consultant residing in Little River affiliated with the grassroots group Konscious Kontractors, raised $5,678. Zico Freemont, a Little Haiti resident and CEO of RA Automotive Corporation, has $5,983.12 in his campaign account. Revran Shoshana Lincoln of Overtown has $0.

Yet in just the month of August, Watson’s political action committee, Fighting For Change, was able to raise $92,600 in contributions. Michael Swerdlow, developer of the 568-unit Sawyer’s Landing project in Overtown’s Block 55, gave $25,000 to Watson’s PAC. Ironically, Swerdlow was once sued by developer R. Donahue Peebles for allegedly conspiring with Hardemon and his family to sabotage a previous deal on the Block 55 site. The suit was dismissed in August.

Besides campaign contributions, Watson also snagged an endorsement from District 4 City Commissioner Manolo Reyes. Both men worked for the City of Miami in the 1980s in the areas of housing and economic development, Reyes recalled. Reyes said he’s impressed with the work Watson has done for District 5 during the pandemic.

“This gentleman was on the frontline,” Reyes said. “He was bringing resources, bringing food, bringing masks, always with the community to try to provide as much as he can.”

So much work that Watson contracted COVID-19 and spent a week in the hospital earlier this year.

“He risked his life by being there all the time, being there with the people, trying to provide whatever was needed,” Reyes said.

Besides that, Reyes appreciates the calming influence Watson brings to the dais which, at times, breaks into crazed arguments. “He is a lot more diplomatic,” Reyes said. “When he stresses a point, he doesn’t get aroused or raise his voice. … He listens to everybody and he expresses his opinion.”

District City Commissioner Alex Diaz de la Portilla said he’s supporting King, because she’s “part of the community” and that a female perspective is needed on what is now an all-male city commission.

King is not shy about the support she’s receiving from Hardemon. She sees their political partnership as a plus for District 5.

“It will be the first time in over 20 years that the city and the county will have a relationship,” King said. “That is huge because we will be able to work together to bring resources to our community. All of District 5 is in (Miami-Dade County’s) District 3, so if we need to get county approval to get something done in the city, I can call him up and say ‘Help me move this along.’”

But the support King said she covets the most is that of voters. During a recent Saturday, she and a handful of volunteers canvassed swaths of District 5, planting signs and knocking on doors.

“I personally knocked on every quality five on District 5,” she said, explaining that “quality five” means “folks who voted in every election, every time.”

King said she intends to meet as many District 5 residents as she can.

“Campaigns are won by meeting the voters, knocking on doors, grassroots efforts,” King explained. “So many (voters) have said I appreciate you coming and introducing yourself, and sharing your story and listening to our issues. You only get that going door-to-door.”