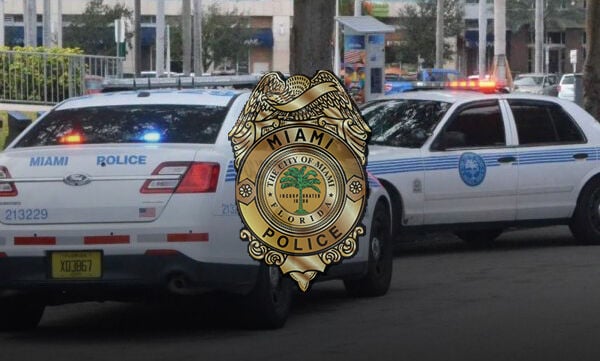 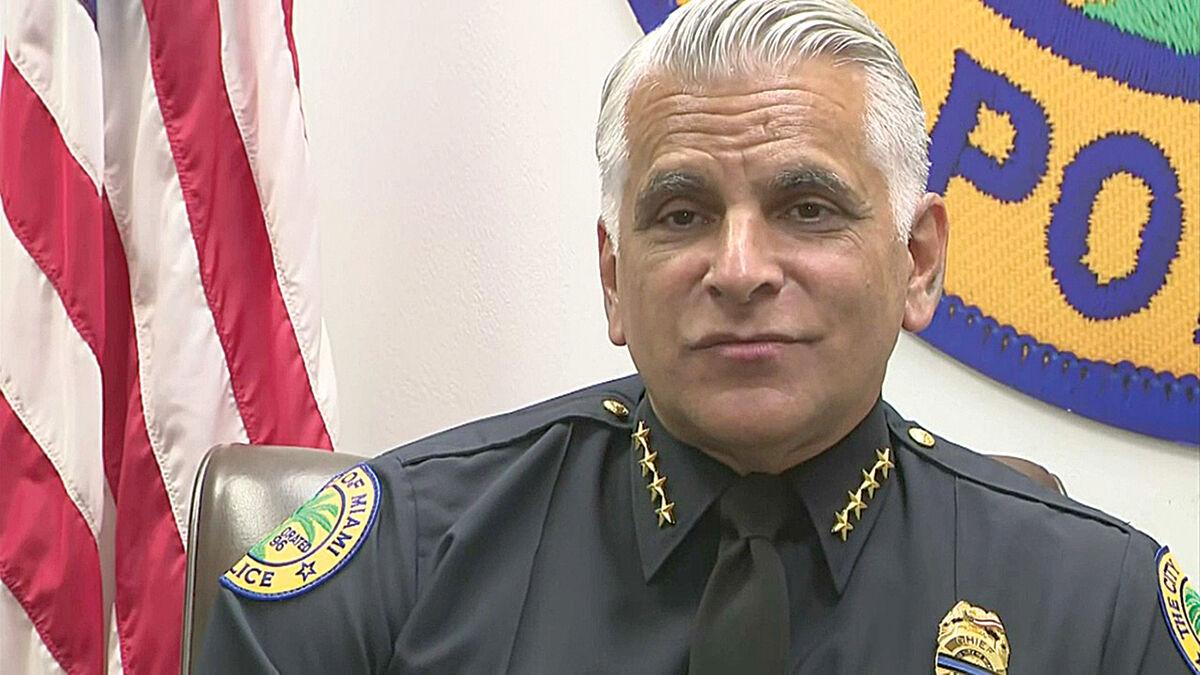 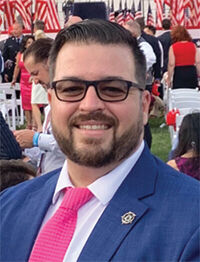 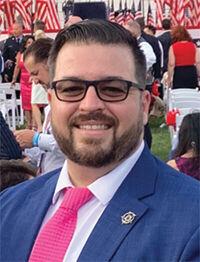 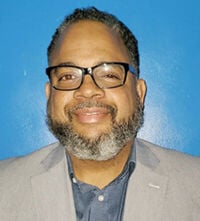 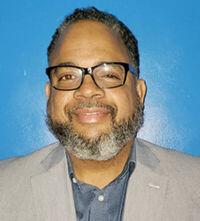 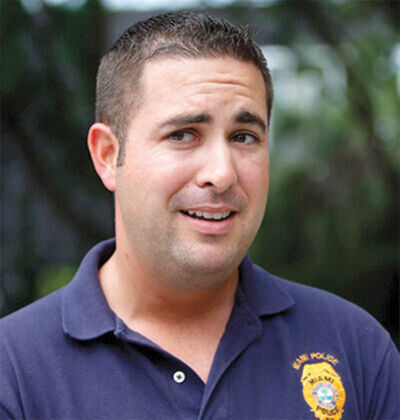 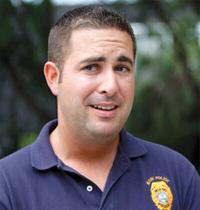 A controversial suspended police captain, who has been described as a “polarizing figure” with “racist tendencies” by a leader of a Black police organization, won’t be reclaiming the presidency of the local Fraternal Order of Police, the Miami Police Department labor union.

Sergeant Tommy Reyes, incumbent president of Miami FOP Lodge 20, was reelected by active-duty and retired MPD officers in an online runoff election held between Jan. 3-12. Reyes defeated a challenge by Captain Javier Ortiz, a previous leader of the FOP who was suspended last year pending several civil and criminal complaints.

“The membership did the right thing,” Reyes said. “We are going to continue the good work we have been doing and prepare for contract negotiations and representing our membership as well.”

Ortiz has filed an “appeal/grievance” with the state FOP leadership. “Due to the process of the by-laws not being followed whatsoever by the Miami Executive Board, I am asking for the State FOP President to get involved as well as the District in the meantime,” Ortiz stated in his complaint, which was filed on Jan. 20. “As of the time of this email to contest the election, the new board has not been sworn in. We are twenty days into the new year.”

“... As a private organization we do not comment on internal matters,” Palacio stated in an email.

In a text message to our sister publication, the Biscayne Times, Reyes stated that Ortiz’s complaint is “frivolous and won’t go anywhere.” As for why the new members haven’t been sworn in, Reyes explained it’s because both he and a third of the board and staff were infected with COVID-19 the day after the runoff period was completed.

“Can’t be sworn in unless we have a meeting,” Reyes stated. “He [Ortiz] is nitpicking.”

Carr, vice president of the Miami Community Police Benevolent Association (MCPBA), which represents Black police officers in the MPD, ran on a platform of reform and accountability. At first, Carr didn’t back either candidate. But after speaking with both Ortiz and Reyes, he endorsed the latter.

“[Ortiz] didn’t deserve to win,” Carr said, who described Ortiz as “someone who has a polarizing history, has embarrassed the city and has racist tendencies.”

Ortiz’s challenge mainly focuses on the scheduling of the FOP runoff, Carr said, which was supposed to have been held in December, but was instead scheduled for January. FOP members also couldn’t vote on Jan. 9, originally the last day of the runoff election period, because the City of Miami was updating its computer system. To appease Ortiz, who claimed that the loss of Saturday harmed union member rights, voting was extended to Jan. 12.

“[Ortiz] is just being a sore loser,” Carr said.

Sergeant Stanley Jean-Poix, president of the MCPBA, questioned how Ortiz would have been able to represent MPD officers had he won. As of deadline, Ortiz was still suspended.

“He’s relieved of duty. He can’t even come into the station. He doesn’t have his key card,” Jean-Poix said.

Prior to his suspension, Ortiz, who served as president of Miami’s FOP chapter between 2011 and 2017, was infamous for being slavishly outspoken in the defense of police who fatally shoot Black men. For example, in 2011, just prior to being elected president of Lodge 20, Ortiz emailed a distorted picture of Durrall Miller, who was shot and killed by Miami-Dade police, giving him red eyes and fangs. Another example: Ortiz called 12-year-old Tamir Rice, who was shot and killed by a Cleveland police officer while playing in a park with a toy gun in 2014, a “thug” in a Facebook posting.

Ortiz also has attracted controversy for his social media posts and public statements that were not directly related to police shootings. In 2015, he claimed that Anita Najiy, MPD assistant police chief and a Black woman, was a Muslim who didn’t respect America because she didn’t have her hand over her heart during a police college ceremony. And in 2016, Ortiz attempted to organize a boycott of Beyoncé in reaction to her Super Bowl performance because her background dancers were dressed in Black Panther Party uniforms.

Ortiz has been accused of using excessive force, falsely arresting at least two Black football players in separate incidents, abusing overtime pay and posting a woman’s private information on the internet after she complained about an MPD officer’s driving, according to various media reports.

He was finally suspended following a bizarre appearance before the Miami City Commission on Jan. 15, 2020, when the group discussed allegations of discrimination against Black officers and trainees by the mostly Hispanic top brass under the leadership of Chief Jorge Molina. During the discussion, the MCPBA presented documents that Ortiz, a white Hispanic, listed his ethnicity as non-Hispanic Black in promotions exams.

Ortiz, who admitted to commissioners that he may have stated he was white or Hispanic when he was hired by the MPD in 2014, insisted he was a “Black male” and not Hispanic because he never visited Cuba or Spain. During a back-and-forth with Commissioner Keon Hardemon, Ortiz blurted: “Oh no, you (Hardemon) are blacker than me – that’s obvious. And if you know anything about the one-drop rule, which started in the 20th century, which is what identifies and defines what a Black male is, or a Negro, you would know that if you have one drop of Black in you, you’re considered Black.”

Ortiz’s speech, and his citation of the segregation-era “one-drop rule” made local headlines. He was suspended with pay a week later, officially for ongoing investigations. Prior to his suspension, Ortiz had 51 complaints in his file, according to a January 2020 Miami Times story. At least two of those cases, having to do with allegations that Ortiz overbilled for off-duty and overtime pay, were referred to the Miami-Dade State Attorney’s Office and the Florida Department of Law Enforcement, reported The Miami Times. Although Carr pointed out that Molina never said what criminal or civil charges Ortiz was suspended for.

“No one knows what [Ortiz] truly got relieved of duty for,” Carr said.

Admiration for a Confrontational Approach

At the same time, Ortiz has a reputation for his willingness to confront city hall over contract negotiations. Carr said that much of Ortiz’s support in the first round of voting came from active-duty officers, while Reyes’ received votes from retirees.

“They feel [Ortiz] is the best fighter, and that he will fight no matter what, even to his own detriment. They care less about his troubles,” Carr summed up.

On his campaign website, Ortizfop.com, Ortiz actually touts his conflicts with Miami’s Civilian Investigative Panel, a city board tasked with reviewing complaints of police abuse. The same website has links to three commercials Ortiz produced in 2013 urging police recruits not to work for the MPD in protest of the department’s entry-level salaries.

Via the website, Ortiz also claimed he urged Lodge 20 members not to make concessions with the city last year when it was faced with a looming $30 million deficit. The city administration wanted the police union to agree to slashes in overtime payments, or risk losing 66 sworn police jobs. By November, however, the shortfall was projected to be only around $2 million and the layoffs were averted.

Reyes, a 14-year MPD veteran, admitted that Ortiz’s reputation as a fighter appealed to younger members of the FOP. But Reyes, who was elected as president of Lodge 20 in 2018, insisted his method of negotiating was more effective than Ortiz’s.

“It is a matter of style. Javi has his ways of doing things and I have my way of doing things that are a lot different,” said Reyes. “I like to be a little more professional … rather than blast [people] on social media.”

Reyes insisted that he would have won in December had Carr not split the anti-Ortiz vote. “I was behind Ortiz by less than 50 votes,” he said.

But Reyes has had his share of disagreements with the MCPBA, too. Carr said Reyes wasn’t representing concerns from Black officers that they were being treated unfairly by the top brass. Reyes, in turn, didn’t appreciate that the MCPBA held a press conference in June revealing that Colina, who the group wanted fired as police chief, received a reprimand for using a racial slur in 1997 during a training session. Reyes said the press conference was held during a time when the police were anticipating violent protesters’ intent to harm or kill police.

“The day of or the day after they had their press conference announcing the chief said the n-word in the 1990s, there was a protest held,” Reyes said, although he added that the demonstration was not violent. (Colina, who was a narcotics officer at the time, told the Miami Herald that he used the phrase as part of a “teaching moment.”)

Carr said he and Jean-Poix spoke to Reyes a few days after the election.

“We … told him that we felt like he did not stand with us [regarding] the administration’s clear violations against our members,” Carr said, and added that Reyes was receptive to the MCPBA’s concerns, which included more diversity on FOP boards like the health trust, which has no Black members.

“There was a list of maybe 10 or 12 things we discussed that we are going to work together on,” Carr recalled.

“We will represent our members equally and make sure everyone gets a fair shot,” Reyes told the Biscayne Times.

In early January, Carr sent out a video publicly endorsing Reyes as president. Given that the MCPBA has around 300 members, Carr is certain that the group’s endorsement helped put Reyes over the top.