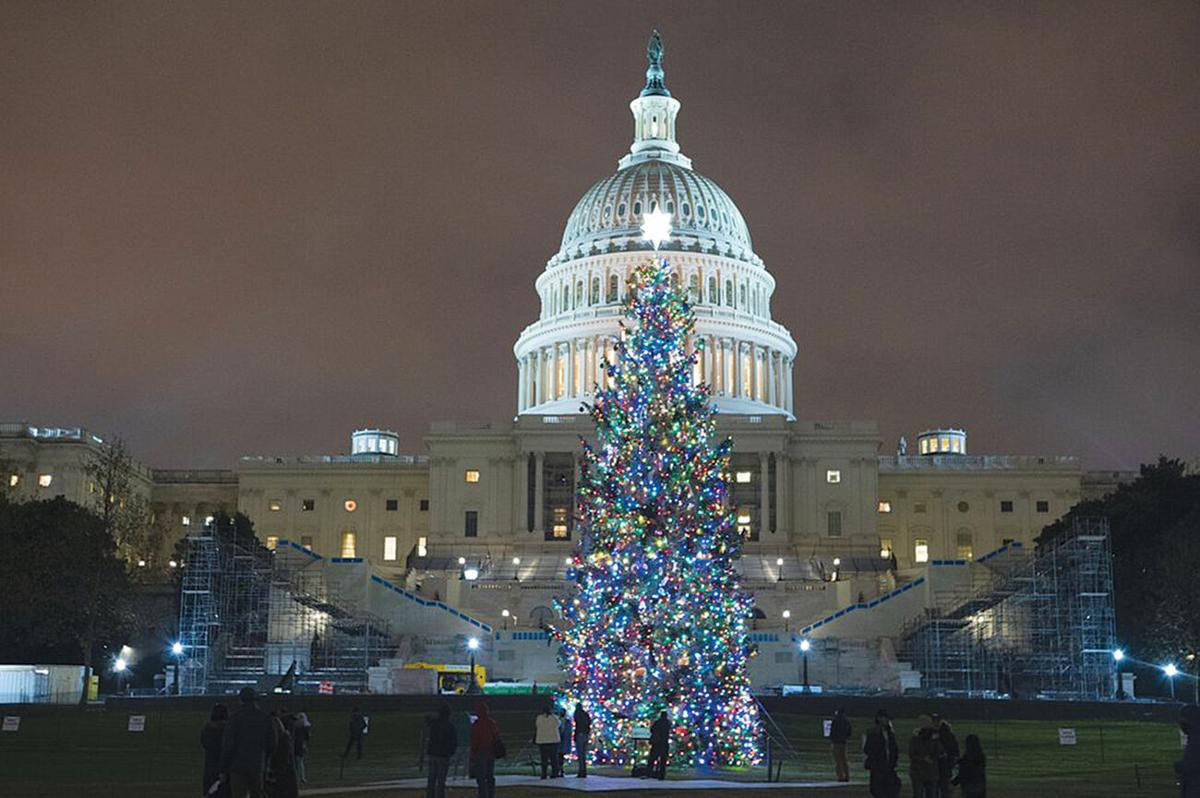 The U.S. Capitol Christmas tree as seen at night, after negotiators sealed a deal for COVID relief on Sunday, Dec. 20, 2020, in Washington. 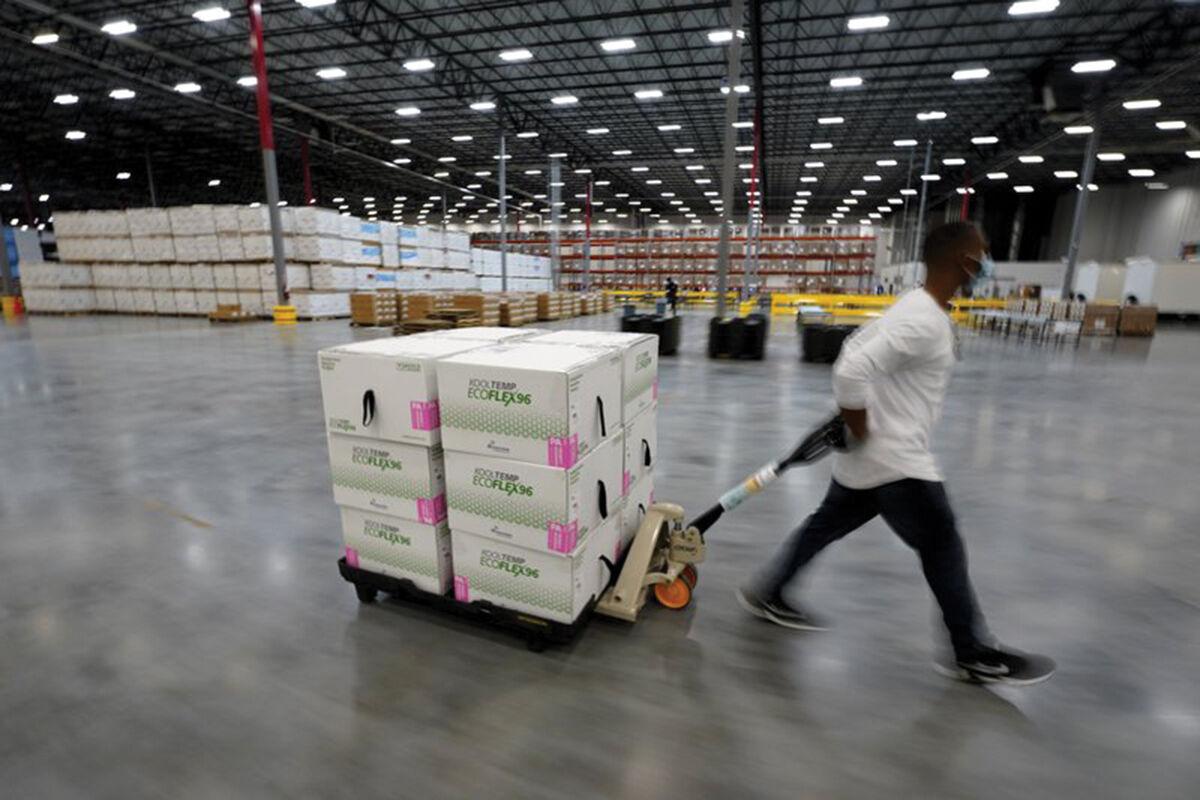 Boxes containing the Moderna COVID-19 vaccine are moved to the loading dock for shipping at the McKesson distribution center in Olive Branch, Mississippi, Sunday, Dec. 20, 2020.

Congress passed a $900 billion pandemic relief package Monday night that would finally deliver long-sought cash to businesses and individuals, and resources to vaccinate a nation confronting a frightening surge in COVID-19 cases and deaths.

The bill is on its way to President Donald Trump for his signature, which is expected in the coming days.

The relief package sped through the House and Senate in a matter of hours. It is less than half the size of what Democrats had demanded earlier this fall, but President-elect Joe Biden was eager for a deal and broke the logjam by urging his party to accept a compromise with top Republicans.

Vice President-elect Kamala Harris, D-Calif., came to the Senate to cast her vote for the bill.

“The American people need relief and I want to be able to do what I can to help them,” she said.

The aid is part of a massive, $1.4 trillion year-end catchall spending bill that doesn’t address reams of other unfinished legislation on taxes, energy, education and health care.

Here are highlights of the measure with overall funding amounts and specific amounts for some, but not necessarily all, initiatives. Noticeably absent from the relief bill is funding for states with budgets buckling under massive spending they’ve been forced to incur to fight the virus.

Unemployment insurance ($120 billion) Revives supplemental federal pandemic unemployment benefits but at $300 per week – through March 14 – instead of the $600 weekly benefit that expired in July. Extends special pandemic benefits for “gig” workers and extends the maximum period for state-paid jobless benefits to 50 weeks.

Small business ($325 billion) Revives the Paycheck Protection Program – for which $284 billion of the $325 billion allocated has been earmarked – to provide forgivable loans to qualified businesses. Especially hard-hit businesses that received PPP grants would be eligible for a second round. Ensures that PPP subsidies are not taxed.

Schools ($82 billion) Delivers $54 billion to public K-12 schools affected by the pandemic and $23 billion for colleges and universities; $4 billion would be awarded to a Governors Emergency Education Relief Fund; nearly $1 billion for Native American schools.

Rental assistance ($25 billion) Provides money for a first-ever federal rental assistance program; funds to be distributed by state and local governments to help people who have fallen behind on their rent and may be facing eviction.

Food/farm aid ($26 billion) Increases food stamp benefits by 15% and provides funding to food banks, Meals on Wheels and other food aid. Provides an equal amount ($13 billion) in aid to farmers and ranchers.

Entertainment venues ($15 billion) Provides a maximum of $10 million to qualifying venues such as music halls, movie theaters, theatrical stages and similar cultural institutions. Applicants must have lost at least 25% of their revenue to qualify, and those that have lost more than 90% will be able to apply first, within the first two weeks after the bill becomes law.