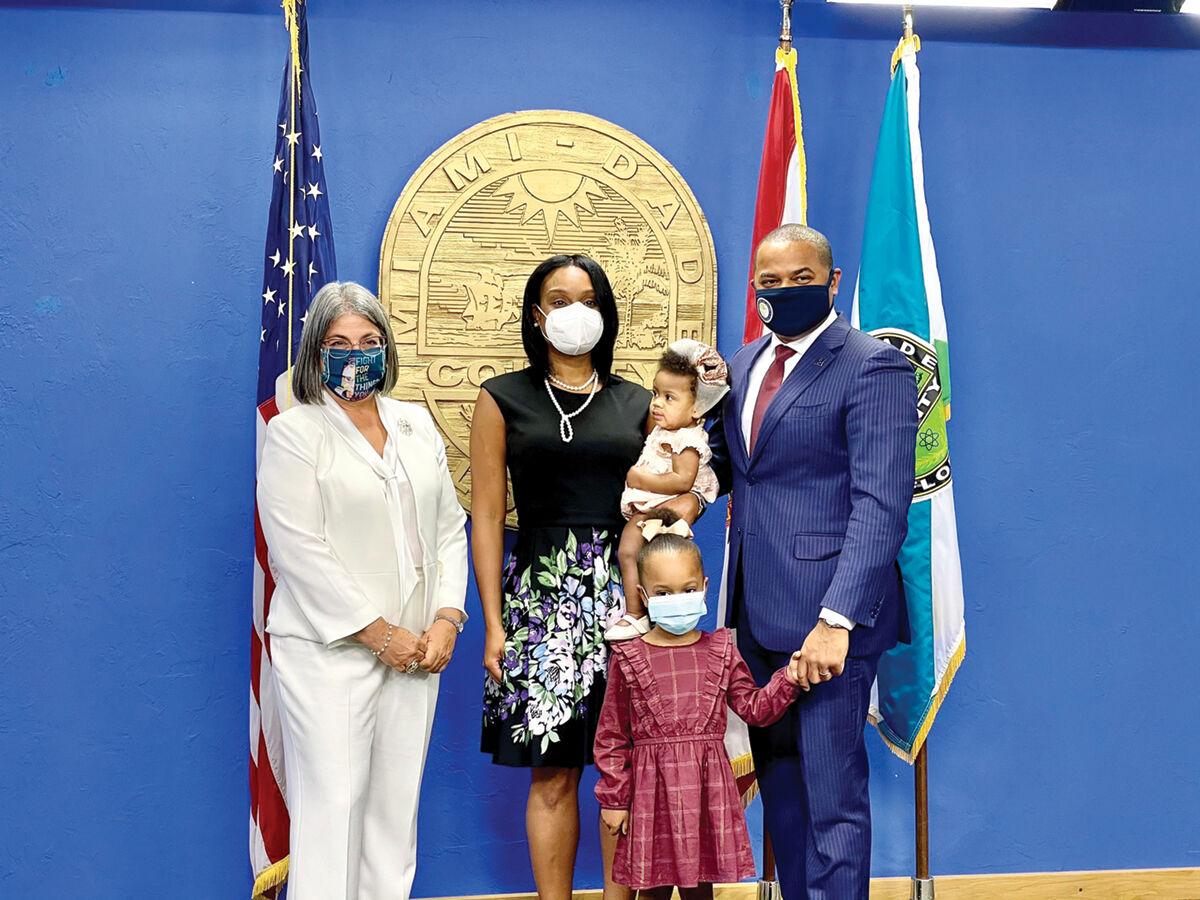 Miami-Dade County’s first female mayor, Daniella Levine Cava, stands with District 3 Commissioner Keon Hardemon and his family after the two were sworn in. 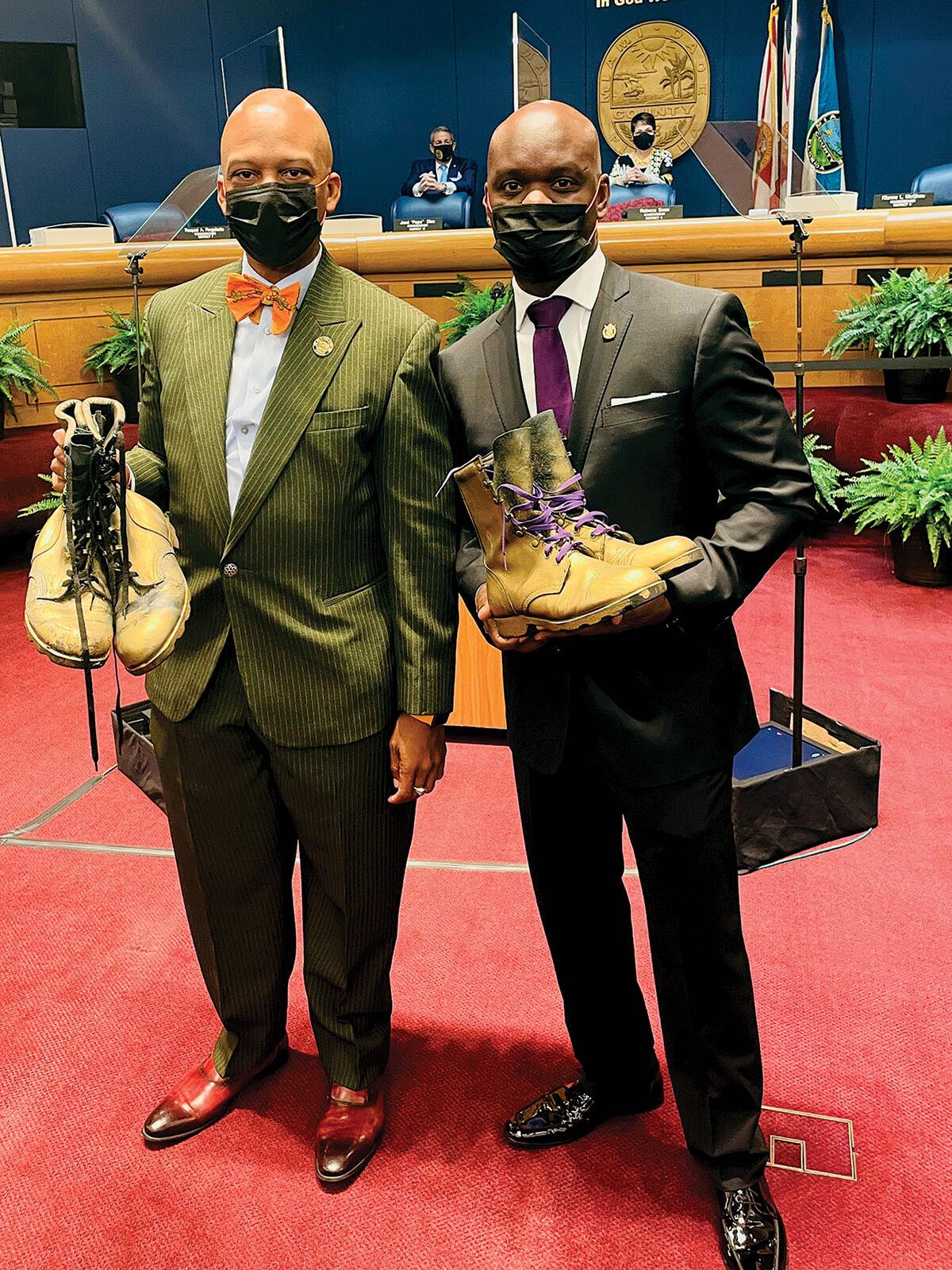