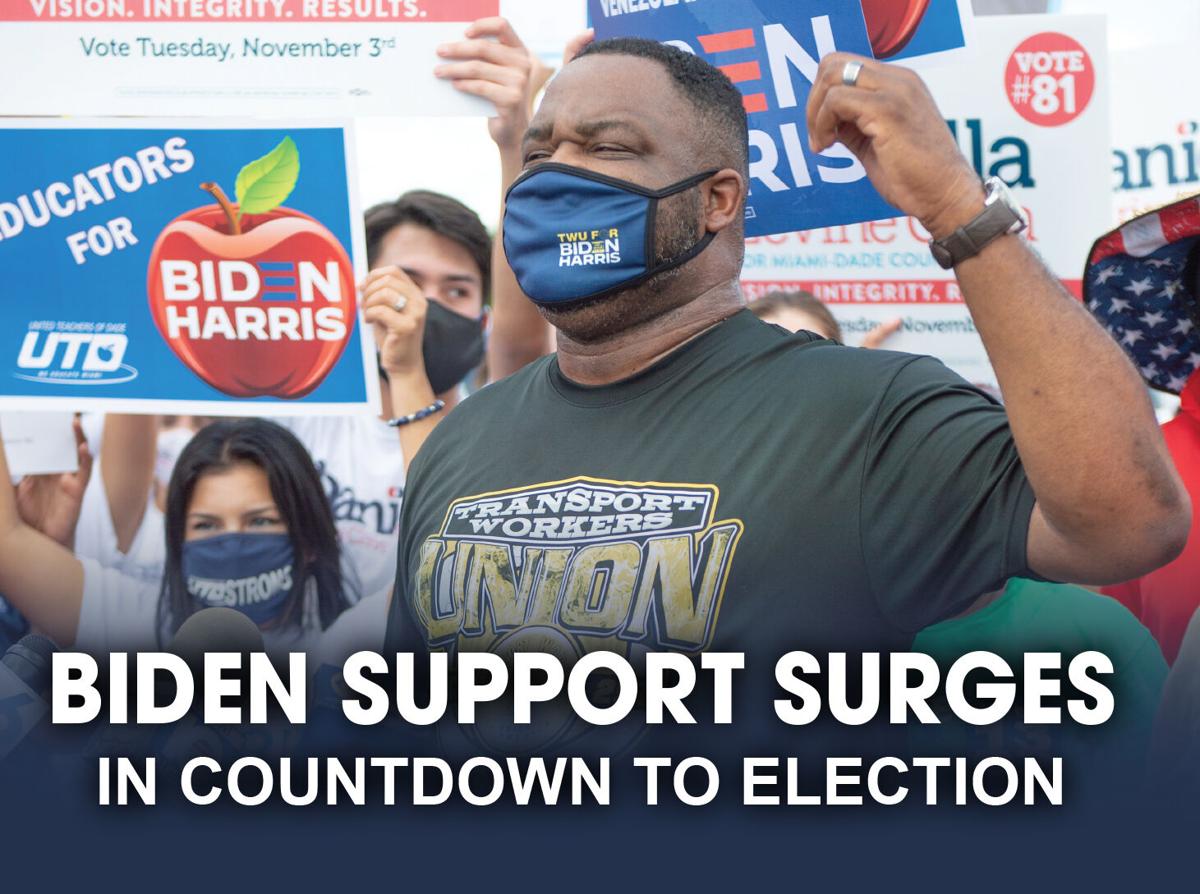 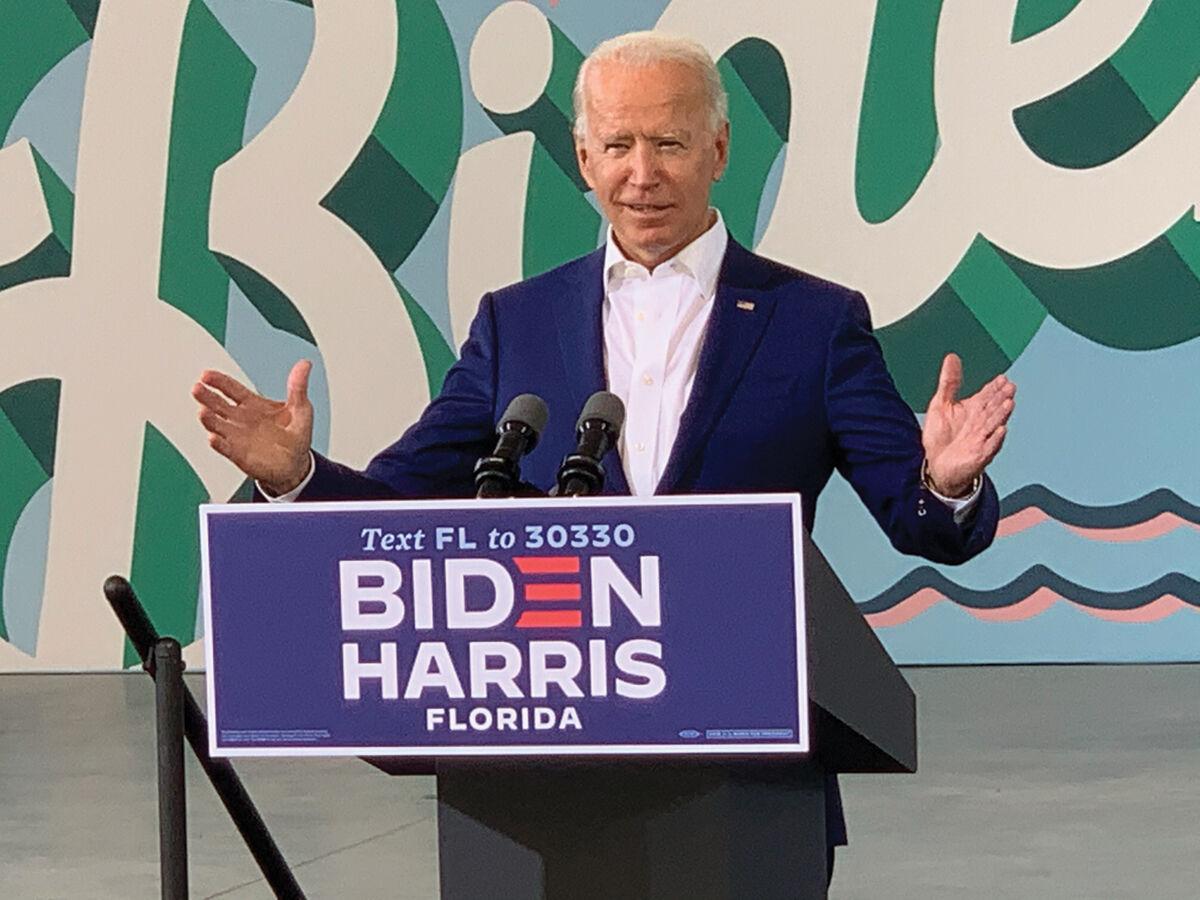 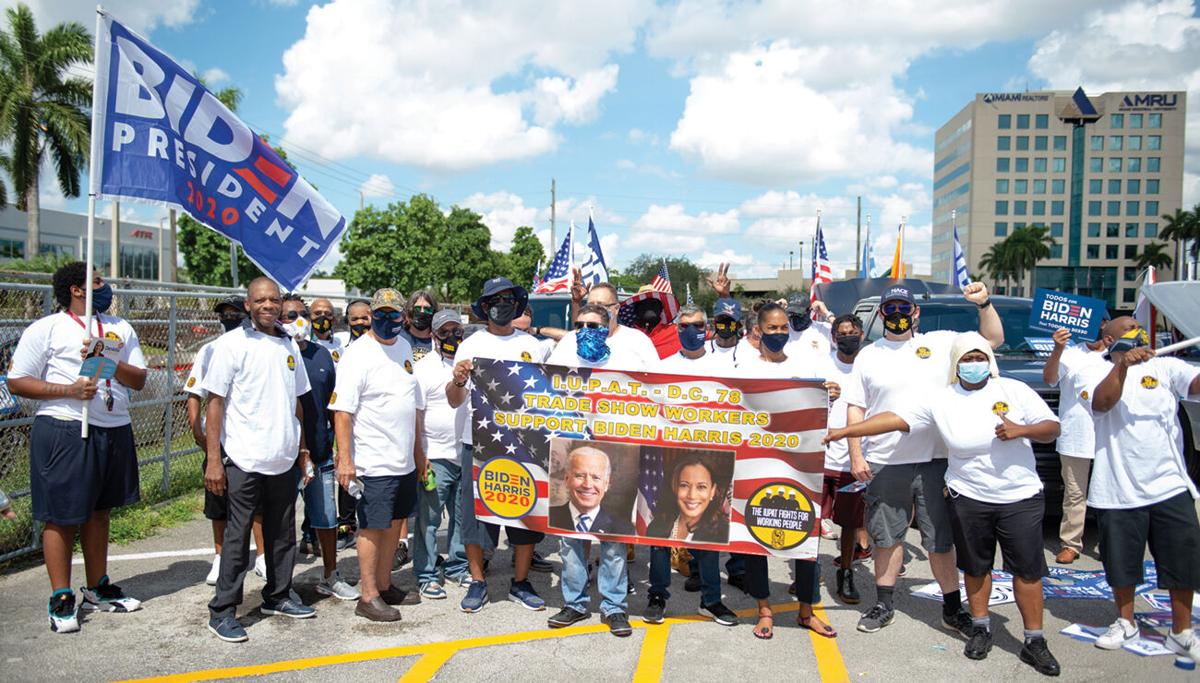 Labor union workers in Miami came out Sunday in support of the Biden-Harris ticket. 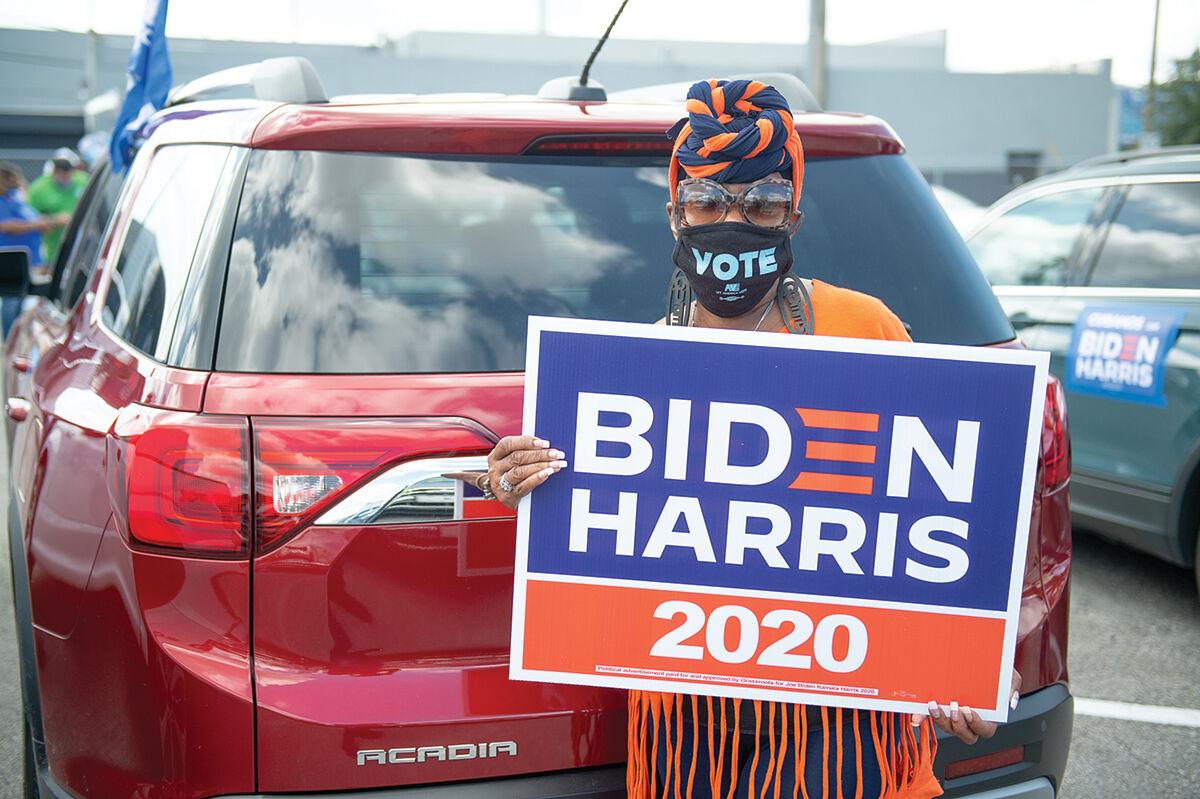 Many rally participants held supportive signs aloft or affixed them to their cars for a caravan that snaked across southwest Miami-Dade on Sunday.

Momentum for the Biden campaign in South Florida is reaching a feverish pitch as Election Day nears.

The cancelled presidential debate originally slated to take place Oct. 15 in Miami was a faded memory when Biden touched down in Miramar on Tuesday following a weekend rally held by organized labor and the thousands who drove across town in a subsequent caravan.

Although Sunday’s activities were promoted as a “Todos con Biden” (“All with Biden”) event focused on drawing Hispanic voters, Black representation was clearly visible.

“Labor is united, we’re joined at the hip. While we are different in nationality, we’re the same in conditions whether it’s economically or sociologically. We just want everyone to have an equal stance,” he said.

Other participating organizations included the American Postal Workers Union, United Teachers of Dade, and the International Union of Painters and Allied Traders.

The pro-Biden parade of more than 1,100 cars from each corner of the county converged at Tropical Park. Industry vehicles like school buses, trucks and construction rigs bore “Biden Harris 2020” signs, while voters on the ground welcomed the caravan with flyers that denounced Trump’s presidency.

The NAACP, We Count and Rise Up were three organizations known to support communities of color that were present at the event.

The UTD – with a 65% Black membership – acknowledged the common interests shared by labor advocates as Mitchell also mentioned.

“We’re all in this together. We’re doing God’s work protecting other people’s children. They are the children of the painters, post office workers and transportation workers,” said UTD President Karla Hernandez-Mats. “What we’re asking for is leaders that have plans to help our communities thrive and not have them in limbo like they are now. I stand in solidarity with all my brothers and sisters,” she said.

Like the other labor workers who showed up in campaign apparel, Hernandez-Mats said she supports Biden because he will prioritize unions by increasing the minimum wage.

“I am a Latina for Biden and a laborer for Biden because unions matter and there are so many intersectionalities. At the end of the day, we just want our communities to be better,” she said.

“Together we will fight to make sure people can have what they need during this time. Food on the table is not an afterthought, it’s an essential,” she said.

Whilst Biden’s policies for the working class garnered support from labor unions, his attempt to address the plight of Black people – achieved through his vice presidential running mate Kamala Harris and policies centered on Black communities – gives him a leg up over Trump.

“I don’t think President Trump has displayed any kind of leadership with regards to COVID-19 and respect for African Americans,” said Mitchell. “He won’t even criticize white nationalists like the Ku Klux Klan and the Boogaloo Bois. How can you possibly stand for all of America [and be] exclusive of African Americans?”

He recounted the inconsistency between what Trump believes he has done for the community and his actions.

“When he made the comment of him doing more for African Americans [than any other president] with the exception of Abraham Lincoln, it was a slap in the face to us,” said Mitchell.

And to the Black community, Mitchell said: “Don’t be discouraged by negative comments about voting. Vote like your life depends on it. In this case, it actually does.”