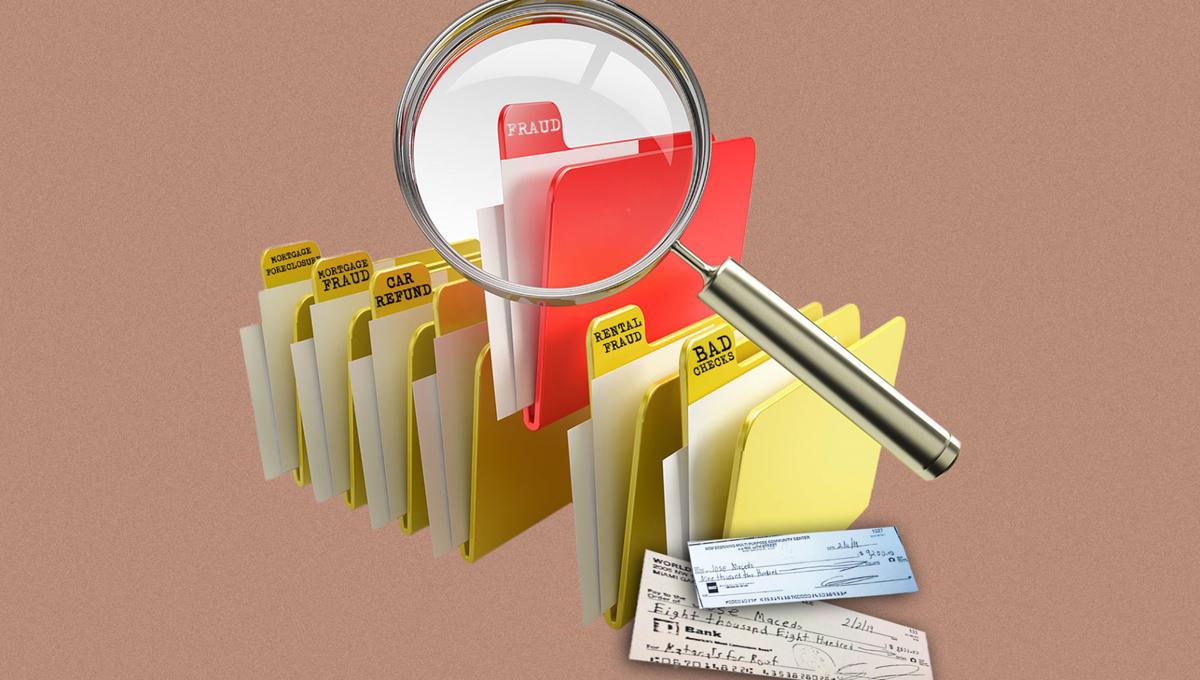 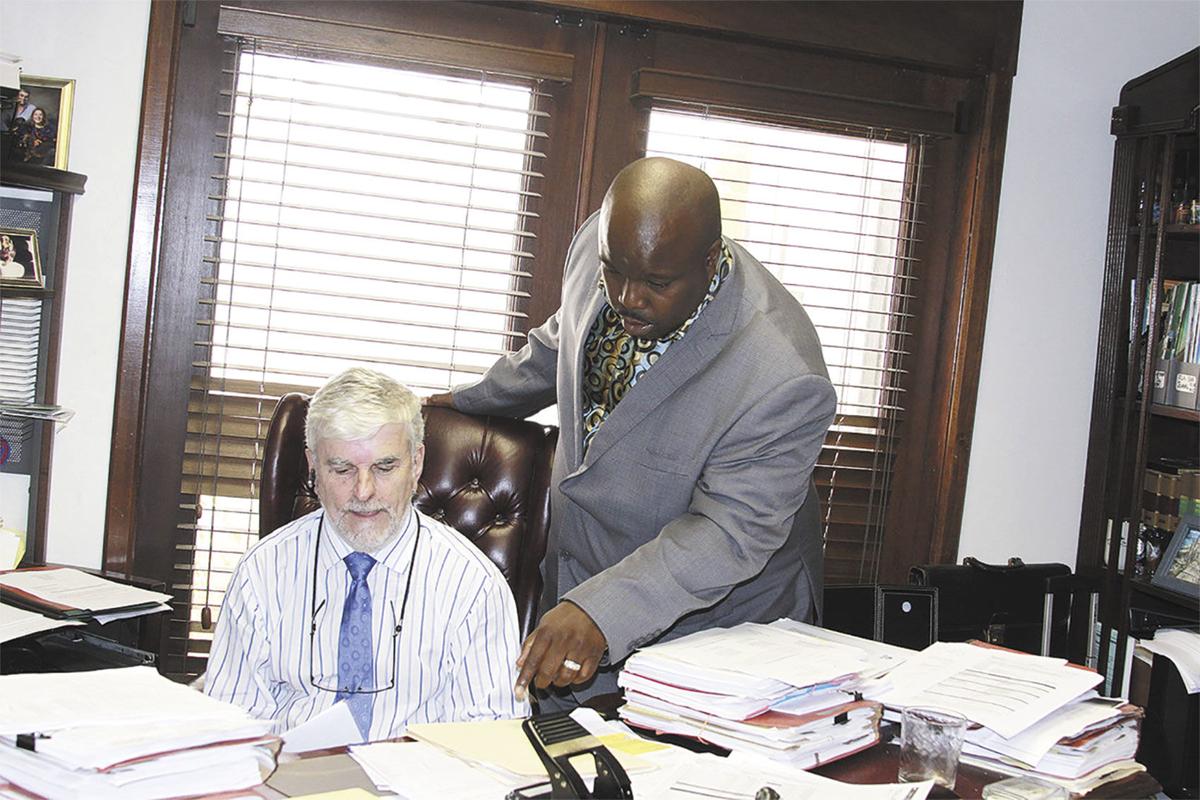 Pastor Eric Readon wears a suit on the pulpit, but the Man of God may have to dust off his Sunday’s Best for court appearances on a regular basis.

Readon has been named in at least 12 lawsuits in the last five years, research shows. Five of those cases are still pending or open while several of them have been dismissed or disposed. Amid the challenges to his business practices, on Tuesday Readon said he will seek public office.

Five business or entities with which he is affiliated are named in the lawsuits, but Readon said his dealings as a businessman should not be intersected with his role as a pastor.

Readon said he has completed at most 80 business transactions in the last two years. “People get sued every day in business. My character as a pastor has nothing to do with my business,” said Readon, who has pastored at New Beginning Missionary Baptist Church Miami Gardens for 16 years.

In the scheme of things, no matter how minute, Readon adds to the court’s caseload.

There were 133,714 civil cases filed from January 2017 to June 2018 in the Eleventh Judicial Circuit Court of Florida, out of which 118,250 were closed and 32,891 were re-opened. To avoid your business transaction to becoming a docket, a legal expert said consumers should be aware of their rights and use caution to avoid disputes from happening.

The open cases against Readon and his businesses and business partners include allegations of mortgage and rental fraud; a foreclosure; and breach of agreement. Readon has filed for bankruptcy protection. If he loses the cases, payments could be on hold.

Readon said that he has “counteraction” for all of the cases.

His accusers are staggered by Readon’s ability to remain unscuffed.

“It seems like he’s getting away with the fraud,” said Latasha Blue. She gave Readon $3,000 for a 2014 Mercedes Benz, five years ago, but he never gave her the vehicle.

In a case filed in May 2017, Blue told the Broward County court that she gave Readon $3,000 worth of money orders for her to take over payments on the vehicle. She was supposed to pay Readon more money when he delivered the car, and then pay the monthly finance payments.

Readon kept the money and the Benz, Blue said. The judge in the case ruled in Blue’s favor and ordered Readon to pay the $3,000 plus interest on March 11. That interest is about $1.89 per day, said Blue. The money orders were written in September 2014. Readon has since appealed the case. He told The Miami Times that Blue’s entire “story is bogus.”

But Blue wants to be done with the issue and Readon once and for all.

“It’s been five years that I have been dealing with this,” she said.

Jeffrey M. Hearne, director of litigation for Legal Services of Greater Miami Inc., said the best way for consumers to protect themselves from a breach of agreements is to get legal advice beforehand.

According to Broward County court documents, Janet Spence is suing Worldwind Investment Group LLC, Black Rain City Capital Investment LLC, Readon, his wife, Lakeisha Readon and Joseph Riley for cancellation of the deed on a house in Davie. Readon and his wife are officers on the title of both businesses. Spence’s lawsuit states that she signed over the deed to Readon for the house located at 12455 SW 20 St. in Davie in January. However, the deed that was recorded was altered with a signature of a witness that was not present at the signing. Spence found out about the altered deed a month later on Feb. 23. The suit was filed on Feb. 27. Spence states in the civil suit that Readon promised to pay her $1.3 million for the property. Since Readon did not produce all the cash to purchase house, he asked Spence to hold him in debt for $400,000. Spence’s lawyer could not be reached for comment. Readon, on the other hand, said that Spence found another buyer who offered her more money, and that’s why Spence challenged the sale.

In another mortgage fraud case, Readon asked Edward Fuller to sign over his home in a quitclaim deed. Fuller’s suit said Readon would apply for loans against the property. Instead, according to the lawsuit, Readon sold the house. According to Fuller’s the two had agreed that Readon would give him back the house. Instead, Readon’s wife then transferred ownership of one of the Readons’ other properties to Fuller. However, the couple is still receiving rental income on that property, according to the lawsuit filed on Sept. 21, 2017.

“Instead he purchased, from Project Youth, a house which was more affordable for him to live in.” With regard to the rent, Readon said, Fuller still owed him money, and Fuller “put up the [new] house as collateral.”

Fuller also alleges that Readon used his credit card for more than $8,000 in unauthorized transactions. Fuller’s attorney said he would not comment on the open case. Readon, on the other hand, said it never happened.

“If I used his credit card that would be a crime,” Readon said.

The house in Davie that Spence signed over to Readon was foreclosed by Jorge Castillo, the lender. Worldwind Investment Group LLC and Black Rain City Capital Investment LLC – all tied to Readon – have been named among the lengthy list of defendants on the case. The property is own by Black Rain City Capital. Readon told The Miami Times he is unable to pay the mortgage until the deed case is resolved. The foreclosure lawsuit was filed on March 4.

A Miami couple is suing Readon, his church, New Beginning Missionary Baptist, and some of his other affiliated entities, Project Youth Outreach Unlimited, New Beginning Multi-Purpose Center and Rainbow Financially LLC, for civil theft and breach of a rental agreement. According to the lawsuit, Readon promised to rent Calvin and Safiyah Singleton a house located at 10911 NW 19 Ave., in Miami. It is the same home signed over to Readon by Fuller in the mortgage fraud case.

The couple gave him a total of $3,100 as a deposit on the property, and they were supposed to move in on Dec. 23, 2016. After a Google search on Readon returned results of allegations of theft, the couple asked Readon to return their deposit money. Readon promised to return the money twice but never did, the suit said. Readon said the Singletons inquired about the home but denies receiving money from them.

Hearne of Legal Services said in cases where a security deposit for a property is paid and the tenant does not move in, the tenant is entitled to their money back. The tenant can then sue the landlord in small claims court, as the Singletons did.

Hearne recommends that renters negotiate a deal with landlords to pay a portion of the deposit before moving in and the remainder after.

“That way, there is better control,” he added.

According to Singleton’s lawyer, Michael Davis, the lawsuit, filed in November 2017, is on hold because Readon filed for bankruptcy.

Readon is seeking Chapter 11 protection in the Florida Southern Bankruptcy Court. Readon is now protected from creditors’ lawsuits while he reorganizes his debt. Unless the court rules otherwise, Readon would remain in control of his assets.

“The bankruptcy court will determine whether there is money to pay the creditors,” said litigation expert, Hearne.

Readon also made recent headlines because of a police investigation into whether he wrote worthless checks in the amount of $27,500 in February.

The Miami Gardens Police Department’s investigation into Readon for the fraudulent checks is still open. A spokesperson for the department said that she could not give details on the open investigation.

However, Readon, has a history of writing bad checks.

In October 2010 and May 2012, Readon was charged with a misdemeanor for writing worthless checks. The cases were dismissed both times after a trial.

In October 2013, Julio Torres told the Miami-Dade County Police Department that Readon wrote two checks totaling $5,500 for work he completed, “knowing that there was no sufficient funds with to pay.”

Torres’ telephone number was disconnected. When asked about the charges, Readon said, “The law speaks for itself.”

In addition to the fraudulent checks, Readon has a lengthy criminal record about which he has not been shy.

In 2012, he told a Miami Times faith writer that before dedicating his life to Christ, he “robbed,” stole cars and sold drugs. Reason’s rap sheet, which goes as far back as 1995 in Miami-Dade County, includes charges for grand theft, burglary and strong arm robbery. Readon has never served prison time. The maximum punishment Readon received, according to court documents, was three years probation with community control, which could include house arrest, abiding by a curfew or wearing an ankle bracelet. In addition, Miami Gardens Police has more than 100 pages of complaints that are tied to Readon over the past nine years.

‘The church belongs to the people’

Readon also made headlines last month when it was reported that his church, New Beginning Missionary Baptist, would be up for sale due to a foreclosure suit filed by Herring Bank. He told The Miami Times that a person, who he said wants to remain anonymous, offered to give him the $1.3 million or so needed for Readon to keep the church. It was scheduled to be auctioned on March 6. However, the sale of the church was rescheduled for April 17.

Readon sent photos to The Miami Times of what he said are ongoing renovations at church, saying he would not be investing in a property that is in foreclosure, and that court records will reflect that this week.

Still, the man with numerous allegations against him remains the leader of a church.

Readon said his congregation has faith in him.

“The church belongs to the people. If they wanted me to step down, then I would have to,” said Readon.

The congregants may have already spoken.

Delvin McCullough told Miami-Dade police in December 2010 that the congregation voted, and he was selected as head pastor. Readon was upset about the vote, and he called McCullough and expressed his frustration.

“Mutha Fucka, I’m going to blow yo mutha fuckin’ brain out,” Readon told McCullough, according to the police report. The police department closed the case, after McCullough failed to return several calls. He could not be reached for comment. Readon said he does not recall the incident ever occurring.

There’s an upside to all the attention, Readon said.

The bad publicity has only made Readon’s church more popular, he said, and with that the congregation has increased. Now he plans to use his notoriety to run for Miami Gardens mayor in 2020.

“I am going to build my campaign off of the negativity,” he said. “Put it all on the table and upfront, and let people make the decision.”

His proposed campaign slogan: Vote For the Underdog.