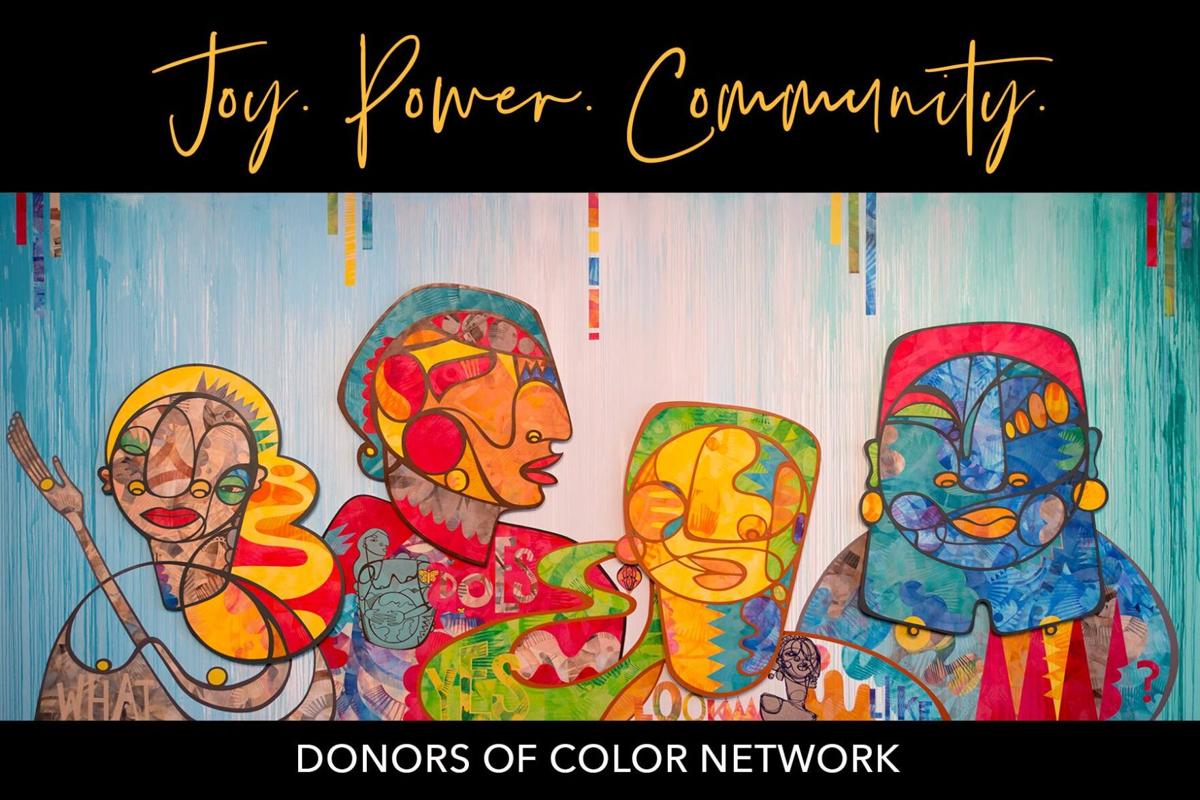 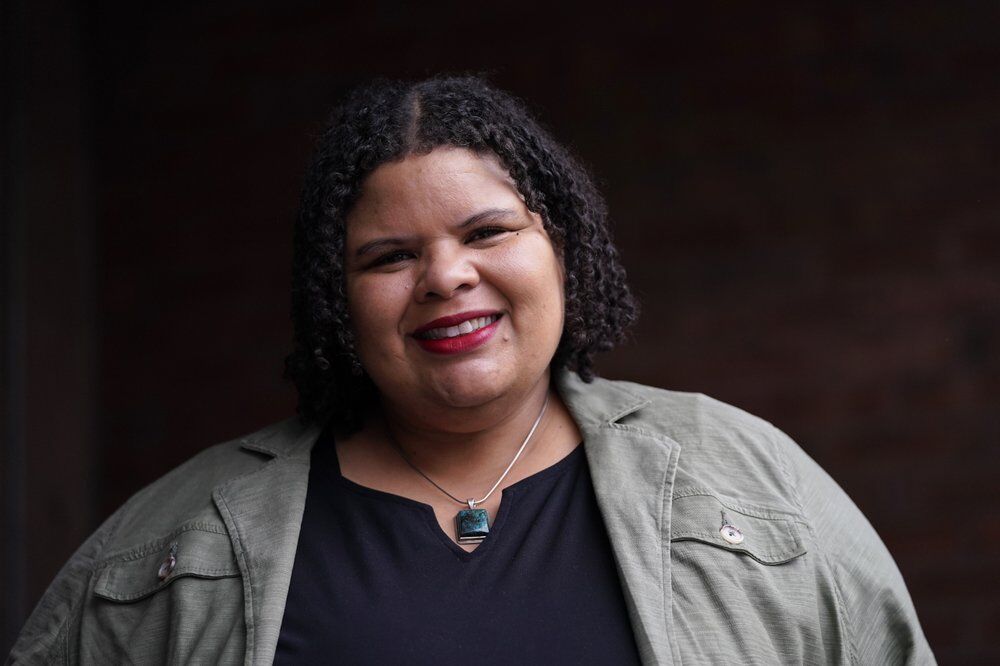 Ashindi Maxton was distraught when she toured neighborhoods in one of the most polluted communities in Michigan.

They live against the backdrop of heavy industrial sites that have long been a major concern in the nation’s largest Black-majority city, which has some of the country’s highest asthma rates among children and a lengthy history of environmental concerns.

Residents shared stories of loved ones who grew sick after living in close proximity to the industrial sites, and also noted it’s often hard to breathe because of a thick, chemical stench that is most profound in the summer.

It was a defining moment for Maxton, co-founder of the Donors of Color Network, a philanthropic group dedicated to racial equity and funding environmental projects and other racial justice movements nationwide.

“Most of the people I know have more than one illness,” said 68-year-old Emma Lockridge, who has lived near an oil refinery for more than three decades and suffers from a rare blood cancer. Her brother, sister, mother and father all died from cancers or disease they blame on environmental toxins.

“It just makes me want to cry. The environmental impact on our lives, no one should be living like this. We’ve got to figure out a better way,” Lockridge told The Associated Press.

It’s because of tragedies like this that Donors of Color Network launched a Climate Funders Justice Pledge last Thursday, challenging the nation’s climate philanthropists to shift 30% of their donations toward environmental efforts led by Black, Indigenous, Latino and other people of color.

While the fight against climate change and for environmental justice has benefited in recent years from a growing push by politicians and activists, research shows funding isn’t spreading equitably to communities of color, which are often hit hardest.

A study last year by the Tishman Environment and Design Center at The New School found that between 2016 and 2017, 12 national environmental grant makers awarded $1.34 billion to organizations in the Gulf and Midwest regions, but of that, just $18 million – 1.3% – was awarded to groups dedicated to environmental justice.

“What we’re asking for is everyone to collectively acknowledge that 1.3% is a systemic failure,” Maxton said. “We haven’t met anyone ... who thinks that is a sign of a healthy or winning climate movement.”

By setting a 30% goal, “you have a metric to strive for,” Maxton added. “We felt it was really important for people to set a baseline of what racial equity should look like when it lands in a budget. It should show that you are investing in the communities that are most impacted by the climate crisis.”

But there are barriers. New School professor Ana Baptista, who led the Tishman study, said several foundations told her they were concerned smaller organizations led by people of color didn’t have the infrastructure to handle a large donation.

But Baptista also found that other groups openly acknowledged longstanding structural racism and bias within the philanthropy sector that has led to environmental groups led by people of color being under-resourced and underrepresented in decision-making, with most funding going toward white-led efforts.

“I think there’s definitely a great opportunity right now, with the increased awareness and recentering of racial equity and racial justice within philanthropy, and an important moment of reckoning that we should use to hold these foundations accountable,” Baptista said. “Now is where the rubber meets the road and it’s a moment to put your money where your mouth is.”

The centerpiece of the pledge drive is to increase the share of funding to 30% over the next two years to groups with boards and senior staff that are at least half people of color, and whose work is focused on the most environmentally impacted communities.

As a starting point, funders who take the pledge commit to disclosing within one month the percentage of their climate giving that is currently directed to such groups.

The pledge drive is being supported by some of the nation’s top environmental groups led by people of color and six top funders, including The Kresge Foundation, which has already committed to the 30% goal.

Kresge’s pledge comes after a $30 million grant announced last year to support nearly 60 racial justice and community-led efforts across the nation. Separately, the foundation has increased funding to climate justice groups led by people of color from about 5-7% in 2012 to more than 30% in 2019 and 2020.

“Equity is obviously a central concern for us because of how structural racism is a barrier of opportunity,” said Lois DeBacker, managing director of The Kresge Foundation Environment Program. “If we’re going to win on climate change in this country, the climate movement needs to look like all of the country. It does, but it hasn’t been equally funded.”

The pledge drive comes at an opportune time. President Joe Biden signed sweeping executive orders last month to transform the nation’s heavily fossil fuel-powered economy into a clean-burning one, while also pledging to make environmental justice central to the White House’s efforts to fight climate change. He signed an order to establish an environmental justice council and directed the government to spend 40% of clean energy efforts in disadvantaged communities that bear the brunt of pollution.

It also comes on the heels of proposed legislation by Democratic lawmakers Rep. Cori Bush and Sens. Edward Markey and Tammy Duckworth that would create a federal system to comprehensively identify the demographic factors, environmental burdens, socioeconomic conditions and public health concerns that are related to environmental justice.

Dallas Goldtooth, an organizer with Keep It in the Ground, a campaign dedicated to keeping the world’s remaining fossil fuels underground, and a member of the Indigenous Environmental Network, said the pledge drive is crucial.

“It is no surprise and it has been no surprise for generations that the communities that are dealing with the highest instances of disease and sickness associated with toxic pollution are communities of color,” Goldtooth said.

“It’s not about a short-term investment to address immediate concerns, it’s about shifting the entire landscape to address the generations of destruction and address the ways in which Black, brown and Indigenous communities have carried America’s addiction to fossil fuels and toxic pollution,” he said.

The NAACP launched its own Environmental and Climate Justice Network in 2009 after it became clear Black communities were being impacted hard, and is supporting the climate pledge drive.

“It’s horrific the number of ways that we are disproportionately impacted,” said the program’s director, Jacqui Patterson, noting in particular Hurricane Katrina, which killed more than 1,800 people in and around New Orleans. “We are supporting it because we are on the front lines of these challenges.”