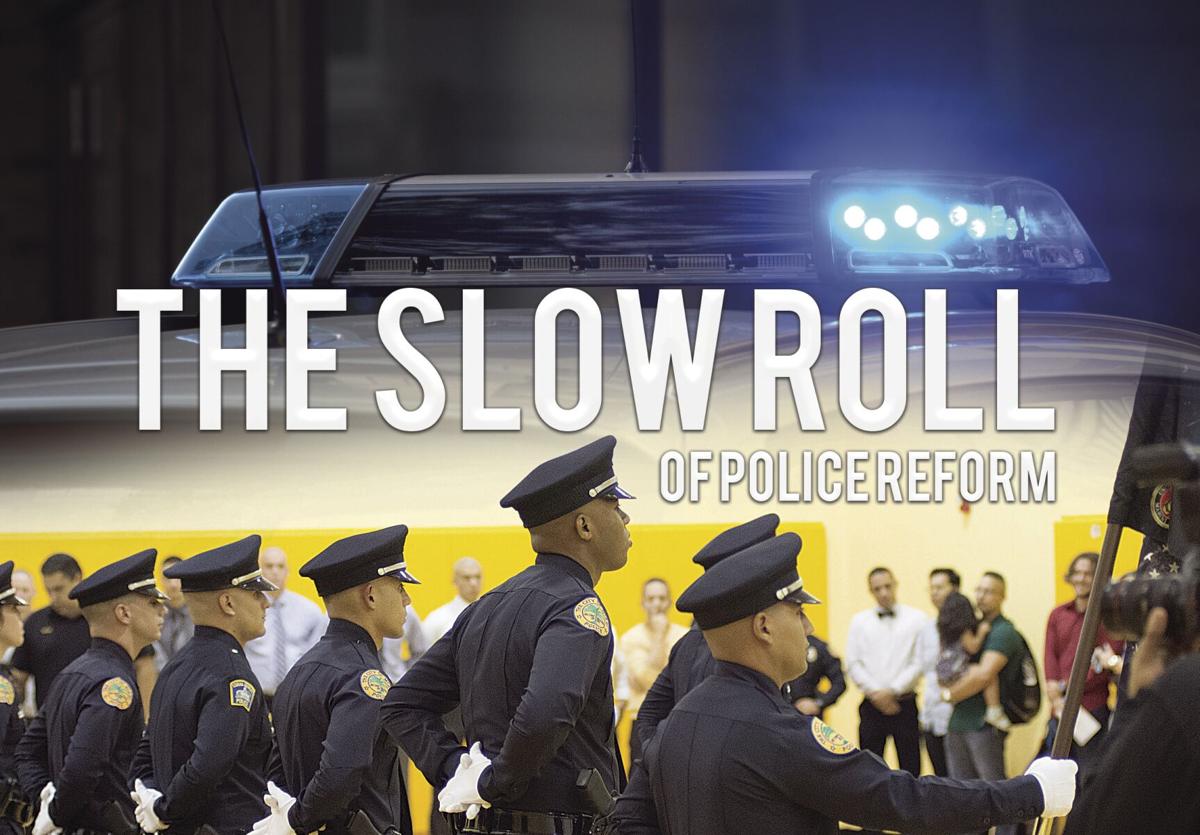 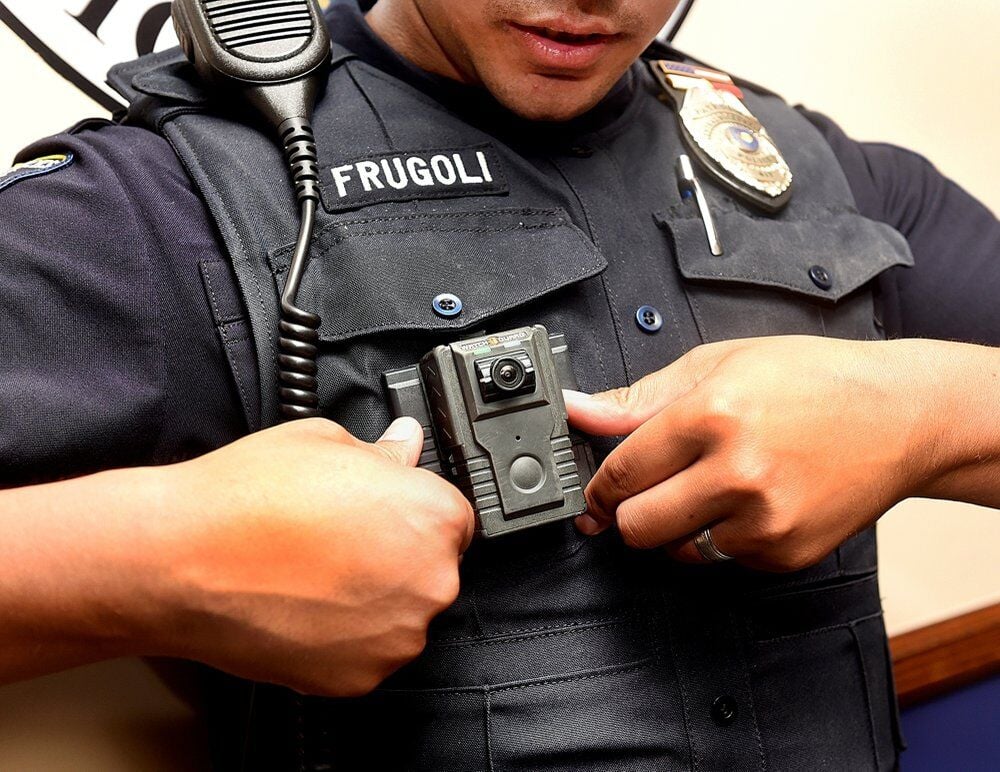 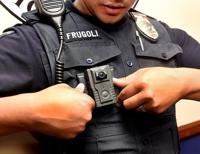 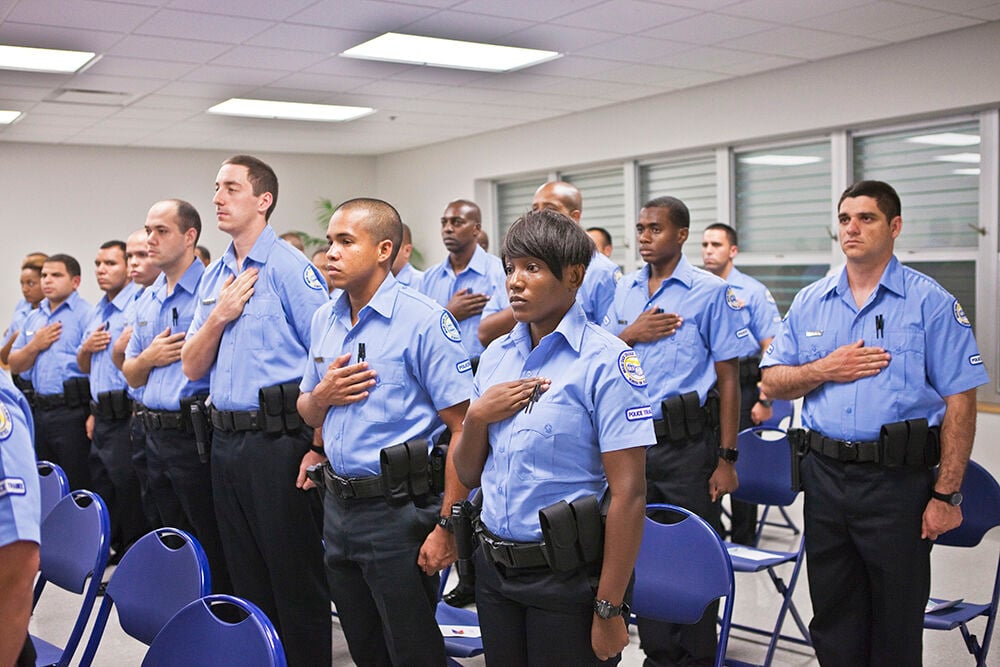 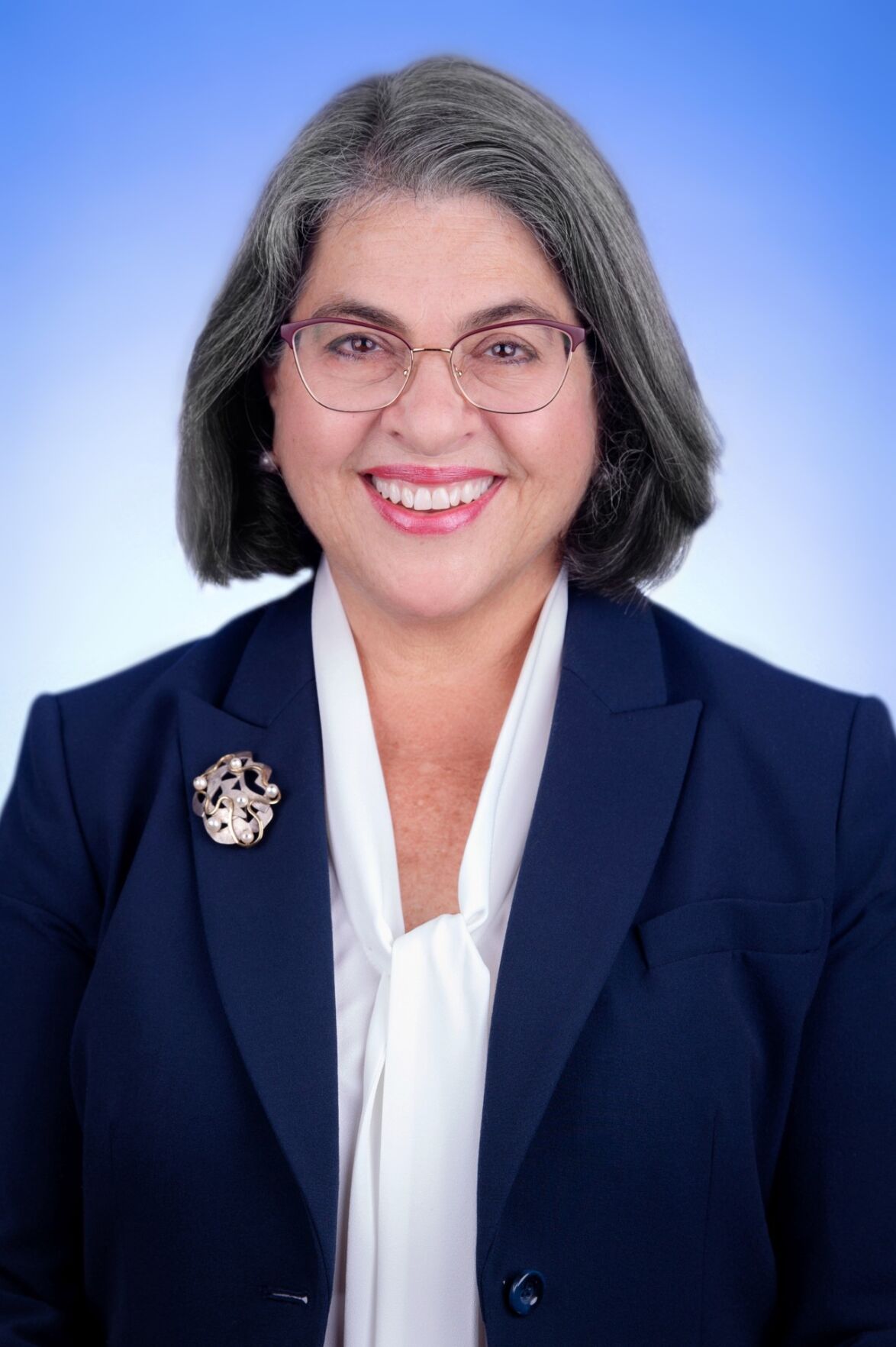 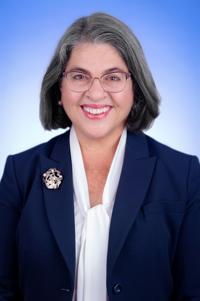 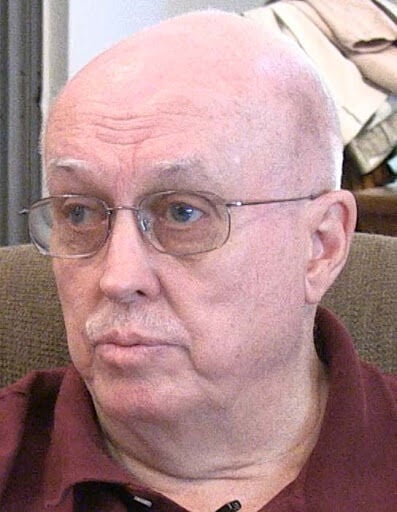 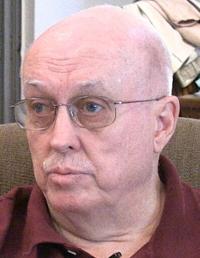 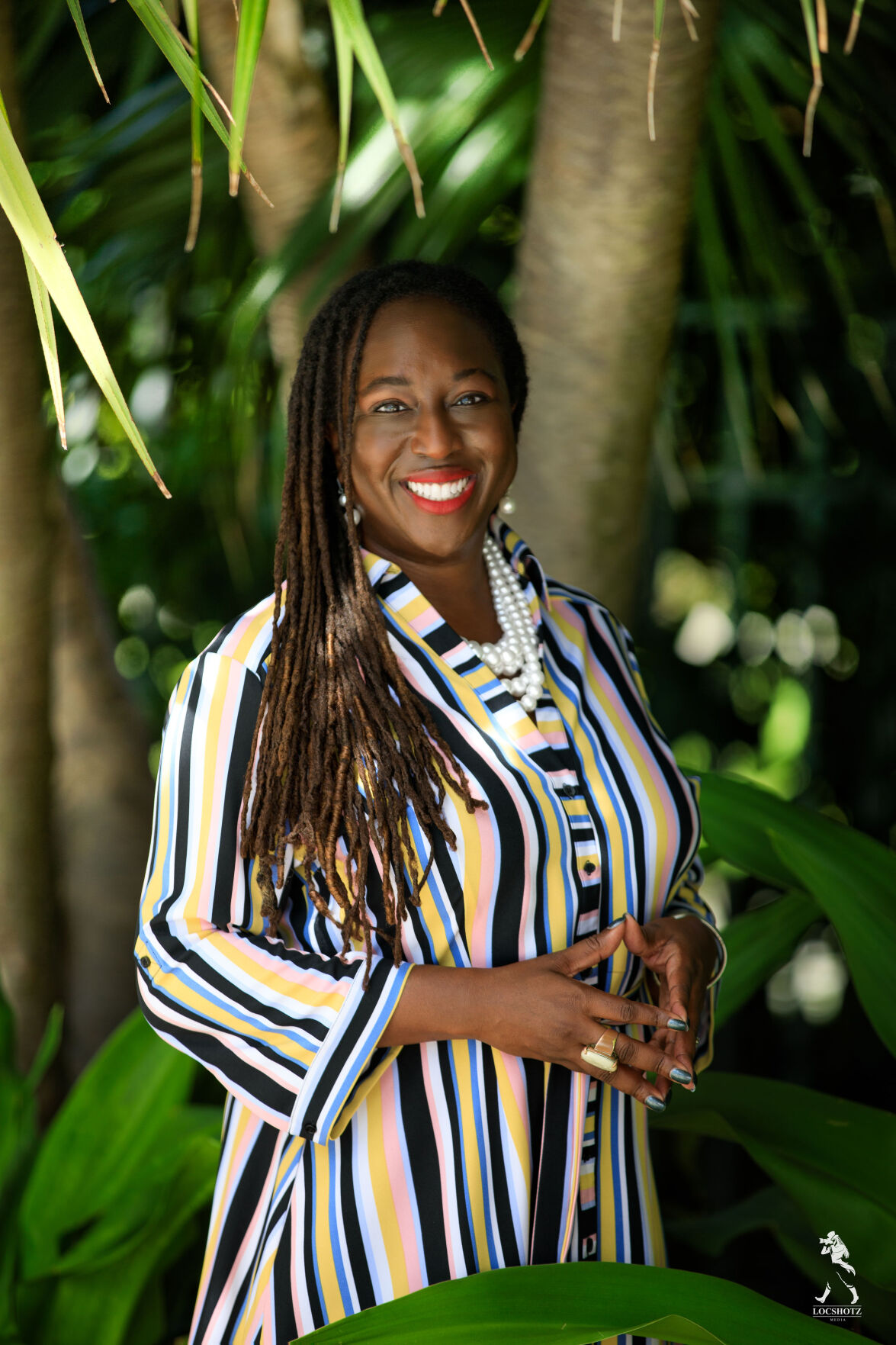 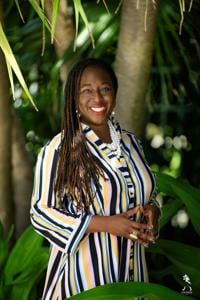 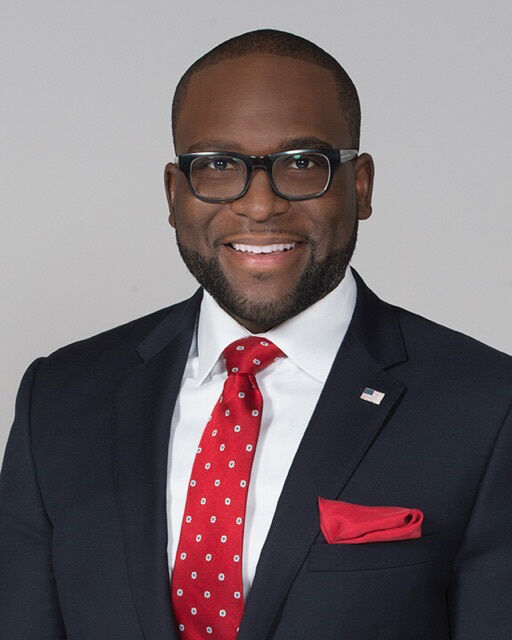 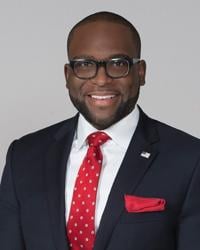 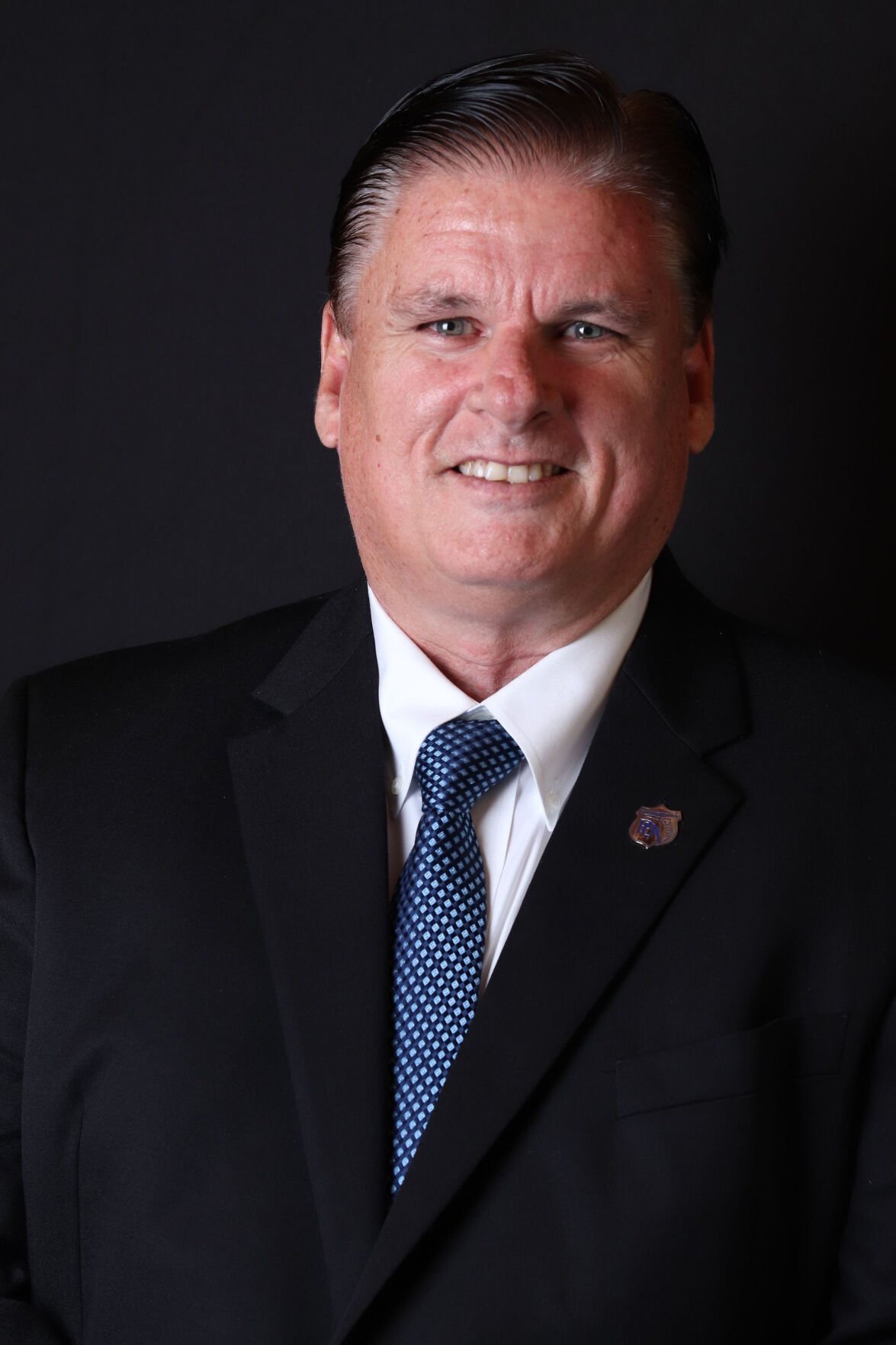 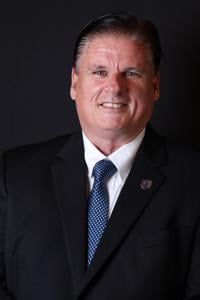 Months after Black Lives Matter protests called for massive police reforms, any prospects of major overhauls in Miami-Dade and the Florida Legislature appear to be dead, with local Black leaders now pinning their hopes on Washington, D.C.

State Sen. Shevrin Jones, a Democrat whose district office is in Miami Gardens, said “none of the bills that have been filed by the Black Caucus are being heard” by committees in the Florida Legislature. “My hope is the Biden administration.”

But a sweeping federal bill has sailed through the House of Representatives. Among its many measures, it includes establishing independent prosecutors for police investigations, providing grants to create local groups to study their law enforcement departments and legislating changes to make it easier to sue cops. It mandates federal uniformed officers to wear body cameras, and requires state and local police to use existing federal funds to ensure their use.

The bill passed the House along mostly party lines and is now in the Senate, where it faces an intense fight that might be derailed by a filibuster. Still, a Washington group that tracks bills, Skopos Labs, predicted on March 20 that it had a 71% chance of being enacted into law.

Locally, there are no announced plans for the Miami-Dade Board of County Commissioners tackling major reforms, but Mayor Daniella Levine Cava, who took office in November, said she will work hard “to show that there is accountability, that we are responsive, and that police misconduct is being handled.” She supports county police as “already a national leader in many regards,” including reviewing cases to make sure officers follow protocols, and has stated that she views “de-escalation and conflict resolution training [as] hugely important, to build muscle memory that governs how you react in very difficult situations.”

On the state level, the one reform effort with some possibility of passage has been introduced by Sen. Jason Pizzo, a Democrat whose district is in Northeast Dade. That bill was crafted by State Attorney Katherine Fernandez Rundle and is backed by a police union and a chiefs organization. It bans chokeholds in most situations and encourages a wide range of officer training in how to de-escalate tense situations and be more sensitive to interacting with people of color.

“I think that’s great,” said Steadman Stahl, president of the South Florida Police Benevolent Association. “I don’t think you’d find anybody is opposed to training. We support anything that makes the communities safer.

He noted that all police departments in Miami-Dade have already banned chokeholds.

The bill has at least some bipartisan support and has passed one Senate committee, but some Black leaders view it as too little, too late.

“To be blunt, this puts a Band-Aid on a gunshot wound,” said Melba Pearson, who ran against Fernandez Rundle last year and is now director of policy for the Center for the Administration of Justice at Florida International University.

The entire Minneapolis police department underwent training on how to be sensitive to people of color before former officer Derek Chauvin put his knee on George Floyd’s neck for eight minutes and 46 seconds, resulting in Floyd’s death.

“What we saw wasn’t a training issue,” Pearson said. “If you don’t listen to the people screaming, including a first responder, for you to stop, this is an issue of malice and evil. No bias training is going to stop that. The only way is for officers is to be held accountable. Derek Chauvin was charged. He was fired.”

Minneapolis has taken steps to make major changes in its police department.

“I’m a daughter of a union household, but I’m not a fan of union abuse. At some point, it’s fish or cut bait,” she said, pointing to a Washington Post column written last year by Daniel Oates, former police chief of Miami Beach, who complained about the “unions’ immense power to block the discipline of bad cops. … From our experience, we know there cannot be true reform unless Americans elect politicians willing to take on obstructionist labor leaders.”

Levine Cava notes that “police contracts are very protected in state law, particularly in Florida, where the law is far more overreaching than in other states. If there are proven cases of police misconduct, we need to be able to address them. I will continue to work closely and negotiate with the police union to ensure we have due process and a fair process for issues to be handled.”

Among the many bills the Black Caucus proposed in the Florida Legislature was one to weaken state statutes called “the police bill of rights,” which guarantees lengthy appeals before officers can be disciplined or fired. Like the other caucus proposals, the Republican-dominated Legislature never allowed the bill a chance to reach a vote.

Stahl said the union is only doing its job protecting workers’ rights and has nothing to do with whether a bad cop is charged criminally.

“Police unions have zero say on hiring police officers,” he said, and added that psychological evaluation tests usually go “to the lowest bidder. That’s how government works. … the chiefs – they hire them. And then we’re the bad guys” for executing a lengthy process before an officer can be fired.

Change at the County Level

In Miami-Dade during the height of last year's protests, Commissioner Barbara Jordan pushed the county commission to create the Independent Civilian Panel to review complaints about officers. The effort passed only after the panel’s power to subpoena county employees was removed.

Levine Cava, then a commissioner, hailed the creation of the panel as a “landmark decision.” For this story, the mayor said, she strongly supports the panel’s work “and will use my power to direct the Miami-Dade Police Department to work closely with the ICP,” adding that she'd support additional subpoena powers if proposed in legislation by the board.

The panel was approved in August. Seven months later, only three of the 13 commissioners have appointed their representatives to the panel. Laura Morilla, executive director of the Miami-Dade County Office of Community Advocacy, which is coordinating the selection, said, “I anticipate it may take another three to four months before the ICP has all its members and can have its first meeting. And then the first order of business will be to hire an executive director.”

Last year, Jordan also advocated for the use of social workers, rather than police officers, to respond to certain kinds of 911 calls, including many of those involving mental health crises. The strategy has worked well for years in places like Portland, Oregon, and after last year’s demonstrations, other cities, including St. Petersburg, Florida, have instituted it. Jordan’s proposal never got traction in Miami-Dade before she left office in November, and no other commissioners appear to have pursued it since.

Still, other cities report positive results. USA Today recently reported on a six-month experiment in Denver, in which a team of a medic and clinician started handling some calls involving mental health, homelessness and substance abuse issues. The effort went so well that the city is adding six new teams. Pearson thinks the concept makes a lot of sense.

“I think it’s a great idea. Some people try to paint it in very simple terms: Do you want to send a social worker to an active school shooting? Well, no. But if somebody’s having a mental health crisis, do you want a police officer with a gun or a social worker with a master’s degree that’s trained in that situation? If all you have in your tool box is a hammer, everything looks like a nail,” she said.

Pearson also noted that the social worker concept should be adapted to fit local conditions. She pointed out that Miami-Dade has a long-standing program, developed by Judge Steven Leifman, for training officers in how to handle difficult mental health situations.

Data provided by Leifman shows that in 2019, crisis intervention teams (CIT) for the county and city of Miami handled 13,796 calls and transported 11,543 to crisis centers, while recording only 46 arrests and 25 use-of-force reports.

Levine Cava said she supports CIT as “an innovative first-responder model.” She likes the idea of having social workers go alongside officers for some calls, as happens in some places like Houston, but notes that move would require commission approval.

At present, Florida conservatives appear much more interested in passing anti-riot bills. Gov. Ron DeSantis has such a bill that’s moving swiftly through the Legislature, adding penalties that critics fear could mean peaceful demonstrators could be charged criminally if they are part of a group in which a few broke store windows or threw rocks.

In mid-March, the Miami-Dade Commission passed a resolution supporting another state bill that would make it a crime if people came within 30 feet of officers who are doing their duty. Pearson, a former prosecutor, said she had “mixed feelings” about the bill.

“Police officers should be able to do their duties safely,” she said. “But when I was a prosecutor, I had to repeatedly tell officers they could not arrest people for filming or yelling at a safe distance during an arrest of another person. The 30-feet provision does provide clarity to reduce those types of arrests. However, the language is vague – what is harassment? Would being 29 feet away during the murder of George Floyd and screaming ‘You're killing him!’ trigger an arrest under this statute? I see the potential for disparate enforcement, which is problematic.”

Stahl strongly supports the bill. So does El Portal Police Chief David Magnusson. He said he backs some police reforms but worries about their practicality. One example are the proposals that all police departments should have body and vehicle cams. He said his village of 2,000 struggles to meet pressing police needs, like new vehicles.

“For small agencies, the cost of body and vehicle cameras is prohibitive, even with a grant,” he said. “Maintenance is prohibitive. If you were giving it to us for free, I’d be the first to sign up. I think they safeguard the officers. The truth is going to be the truth.”

And if video recordings revealed officers’ wrongdoing, Magnusson said he would want to know that truth.

Another proposal that continues to pop up is “community policing,” having officers walk the streets of a neighborhood so they get to know the residents, rather than barging in as outsiders only when there’s a major incident.

Tom Petersen, a retired Miami-Dade judge who spent decades trying to reform juvenile justice, said that this concept “has always had great potential. But I always remember Larchmont Gardens,” a public housing project he worked in the 1980s seeking to improve conditions.

“The cops were supposed to be walking around meeting residents, but it was always too hot most of the time,” Petersen recalled. “They would just park their cars under a tree and sit in their cars. … Community policing really only works if the police have some affection for the community. … If you don’t like being in Liberty City (on foot or in a patrol car), you are never going to treat the residents of Liberty City the way you treat the residents of Coral Gables.”