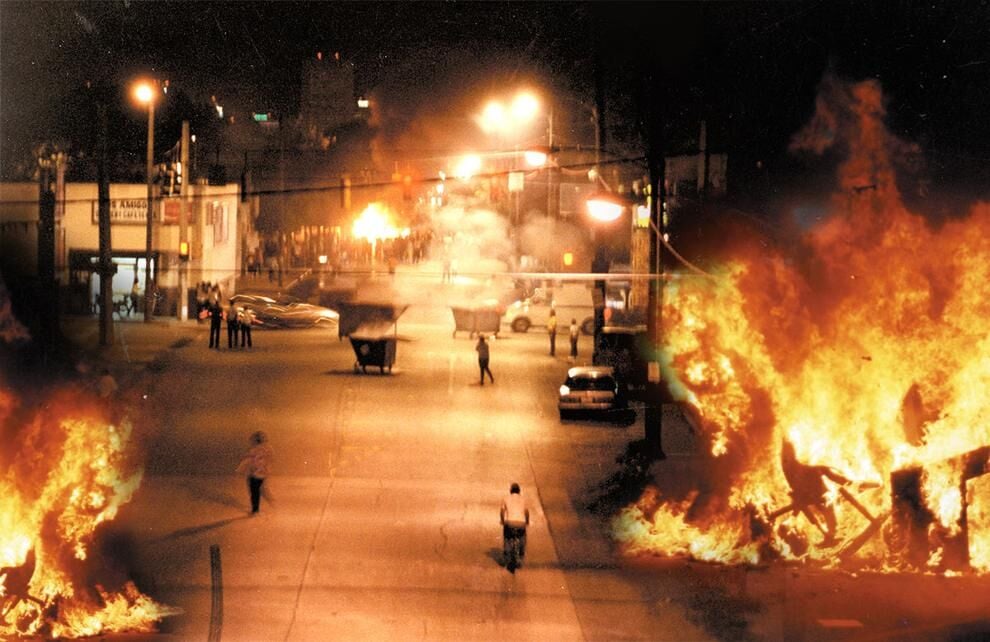 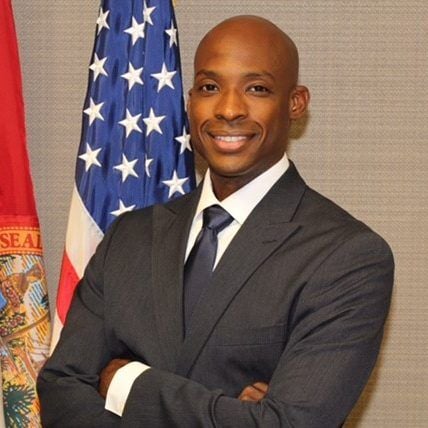 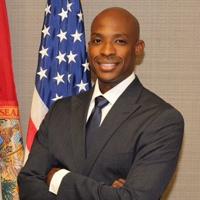 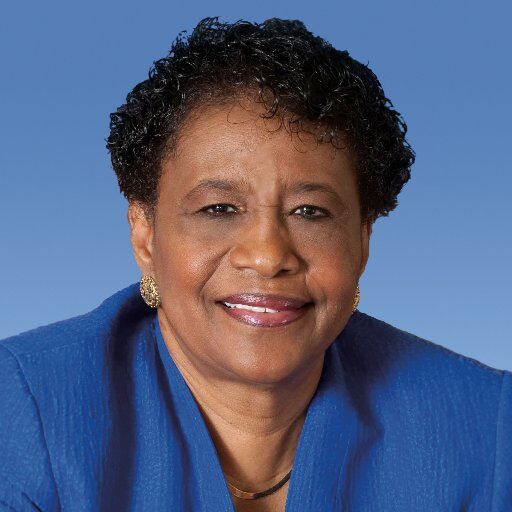 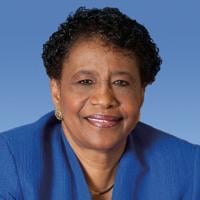 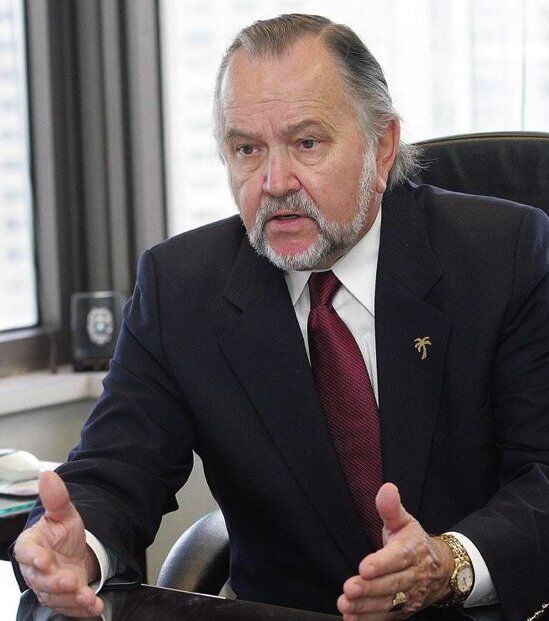 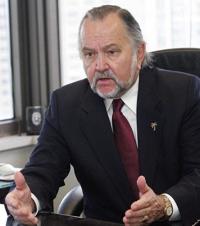 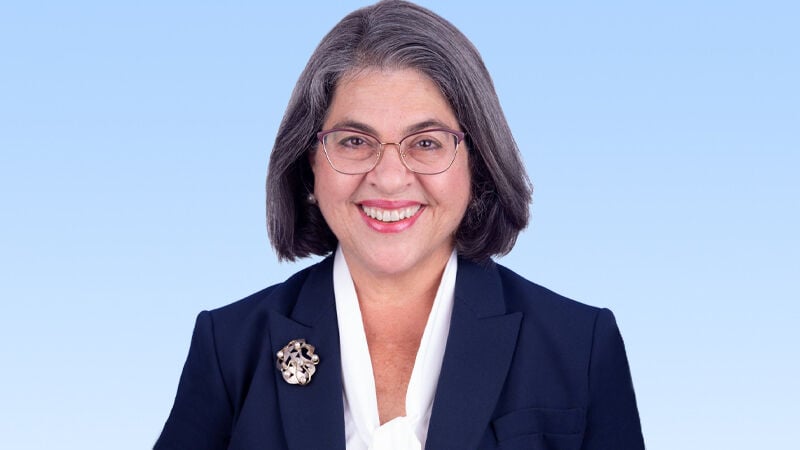 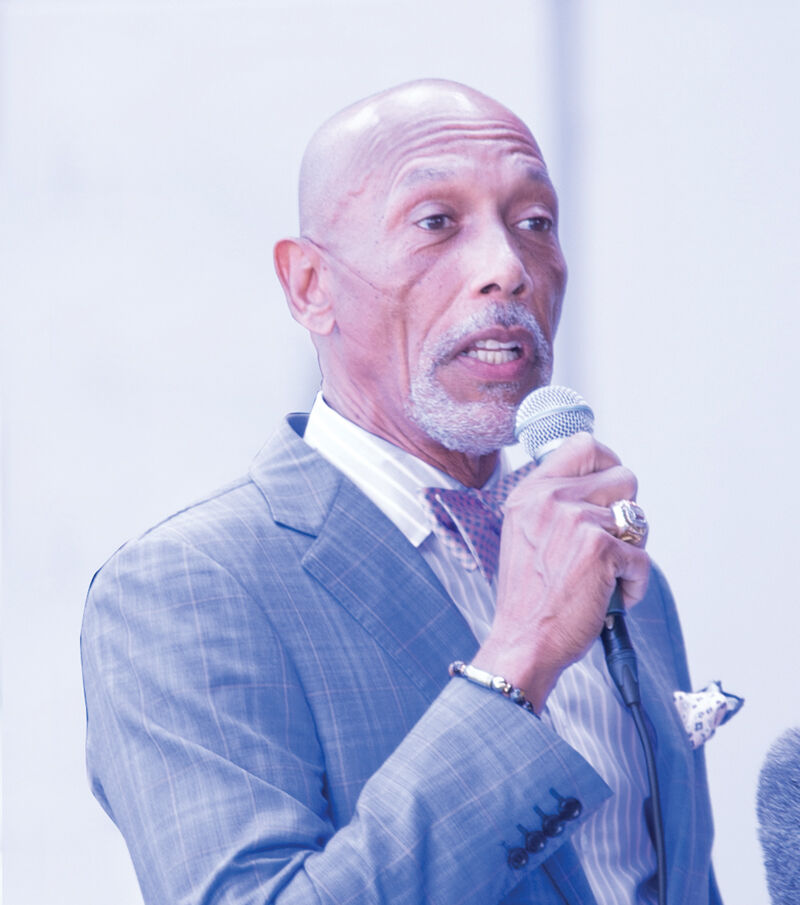 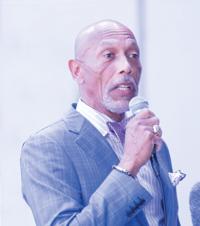 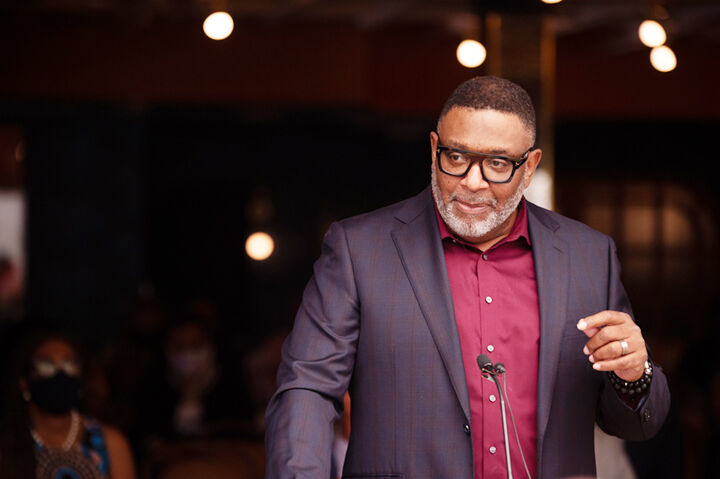 Generations of efforts to rid Miami-Dade and South Florida of economic and social inequity have fallen short all too often or come to grief.

Will this time be different?

Encouraging signs from two separate but aligned initiatives unveiled this month suggest that it might – but only with sustained effort, buy-in and follow-through from institutions, businesses and residents in the months, years and decades ahead.

“This effort will go from the streets to the suites,” said Miami-Dade Chamber of Commerce President G. Eric Knowles in a Feb. 11 news conference, who is leading the tricounty Alliance’s efforts in Miami-Dade.

The day before, Levine Cava held her news conference at the Historic Hampton House in Brownsville.

“This is the year to get it right,” she said and introduced Jason Smith as director of the new department. “Equity is not equality. Equity is making sure we make investments needed to bring [forward] those who have been left behind and on the sidelines.”

As Knowles and Levine Cava would acknowledge – to borrow from the late New York Gov. Mario Cuomo – one inspires in poetry but governs in prose.

Knowles views the goal of the alliance as a difficult yet worthwhile task, and is working with partners in regular Zoom meetings to build it into a sustainable catalyst and clearinghouse for lasting change. That, he said, will require commitment from big businesses, philanthropies and organizations in South Florida, such as the Greater Miami Chamber of Commerce, Miami-Dade Beacon Council and Greater Miami Convention & Visitors Bureau. He already has an enthusiastic partner and staunch ally in Florida International University and its president, Mark B. Rosenberg.

“Now it’s time for those who talk the talk to walk the walk,” Knowles said. “It’s not a question of a handout, but of partnering to level the field. It’s not that the Black Prosperity Alliance says it is the ‘voice of community.’ We’re saying come join us in the issues that plague us.”

Knowles is one of three partners in the South Florida Black Prosperity Alliance, incorporated as a nonprofit July 8 of last year with three directors: Knowles; Frank Hayden, director of the Office of Equal Opportunity for the City of West Palm Beach; and Shaheewa Jarrett, the founder and president of the Broward County Black Chamber of Commerce.

Recent events have imbued the timing of these announcements with piquancy, even urgency.

A Long History of Racial Inequity – and Unrest

The COVID-19 pandemic, now entering its second year, has highlighted disparities of relative wealth and poverty, both through rate of infection and unevenness of vaccine distribution.

The killing of George Floyd at the hands of Minneapolis police last May 25 accelerated a national racial reckoning, coinciding almost precisely with the 40th anniversary of the May 1980 Miami race riot following the acquittal of four police in the death of Arthur McDuffie, a 33-year-old insurance salesman, father of three and former Marine, whose skull was fractured by blows from heavy Kel-Lite flashlights and police batons after an 80-mph motorcycle chase through city streets.

Those riots killed 18. Eight white people were dragged out of their cars and beaten or burned to death; 10 Black people were also killed. The injured included 370, among them children, leaving devastation in Liberty City, the Black Grove, Overtown and Brownsville that lingers to this day.

The recent upsurge in white supremacy and right-wing extremism is another catalyst, culminating in the Jan. 6 Trump-inspired Capitol insurrection to overturn the presidential election, with five deaths, 140 police injuries and the Confederate flag flown in the Capitol for the first time in American history. Voter suppression efforts are at four times the level they were a year ago, according to the Brennan Center for Justice at New York University Law School, as a backlash to the historic turnout in the 2020 election. As of February, the Center counted 165 voter suppression efforts afoot in 33 states – including Florida.

Locally, Levine Cava’s recent election – won partly on a platform of equity, empowerment and inclusion – and a 13-member County Commission now with five Black representatives may result in positive action.

“How are you going to be accountable and how are you going pay for it? How do you put it together and create an accountable system? You need more than rhetoric and something that just puts together a good article. If we’re truly serious about getting rid of systemic racism, it has to be a long-term issue.”

Both Knowles and Levine Cava are acutely aware of the challenges posed by Jordan’s questions, and are working to set up systems to address and measure progress accordingly, starting with a baseline of facts they are in the early stages of gathering.

The alliance’s mission to develop a better infrastructure for Black businesses throughout South Florida is ambitious but still in search of long-term focus.

The Office of Equity and Inclusion is at once more focused and broader in its mission, in that it is focusing specifically on improving Miami-Dade County procurement opportunities for underserved businesses, encompassing Blacks, women, seniors and the LGBTQ+ communities.

Both efforts have the enthusiastic moral support of former County Manager Merrett R. Stierheim, now 87 and completing his upcoming book, “Ethical Leadership in Challenging Times” with Florida Atlantic University. Stierheim created the county’s first ordinance in 1981 for set-asides in county contracts to redress racial inequities. That ordinance was upheld and later struck down by the courts.

“It grieves me we still have so much racial discrimination on the national scene,” said Stierheim. “There is no question it is still rampant in this country and that is a tragedy. I wish both these endeavors well. Success will depend on buy-in, not only by officials in the county but by major cities and chambers of commerce. I congratulate them.”

What the Numbers Say

At the core of both efforts is “capacity building” – a term usually applied to nonprofits, but one that can refer to any business or entrepreneur, in that the term encompasses access to capital, a business plan, updated technologies, an internal and external communications strategy, a considered succession plan and rigorous measurement of outcomes. Such are the ingredients that make any enterprise – or individual in the marketplace – effective and sustainable.

While inequity and inequality in Miami and South Florida is an oft-told tale, it bears repeating. By nearly any measure, the Miami-Dade metropolitan area consistently ranks in the top three among the nation’s most unequal.

Miami-Dade’s median income for Black households is $38,015 versus $56,527 for whites, including white Hispanics. The Black poverty rate is 24% versus 16% countywide. The Black COVID-19 infection rate is 25% higher than that of either whites or Hispanics. Only 18% of Blacks have at least a bachelor’s degree, versus 50% of White non-Hispanics and 33% for the county overall.

According to Census Bureau data, white households have an estimated median net worth of $107,000; self-identified Cubans, $22,000; Black Caribbeans, $12,000; and Black Americans, $3,700. Such wide disparities are common across the United States, and aggravated by the historically lower rate of Black homeownership, held back by generations of government-sanctioned redlining, as documented in Richard Rothstein’s book, “The Color of Law: A Forgotten History of How Our Government Segregated America.”

The recent influx of hedge funds, private equity firms and tech entrepreneurs into Miami’s service-based economy, and the construction of luxury housing – for all their economic benefits – stand to only widen those wealth gaps. Poverty is widespread within and just outside Biscayne Times territory, just a few miles from the nation’s richest zip code in Fisher Island off Miami Beach, with an average income of $2.2 million; the mansions of Star Island; and the gated, guarded “Billionaire’s Bunker” of Indian Creek Village near Surfside.

This inequality extends to the business community. While 17% of Miami-Dade’s 2.7 million residents are Black, only 2.5% of its businesses are Black-owned, according to Miami-Dade County’s Economic Advocacy Trust (MDEAT). It is estimated that less than 2% of the county’s economic contracts are with Black-owned businesses.

These disparities in small business and county contracts were two catalysts for both the alliance and the county’s new Office of Diversity and Inclusion.

A Place for Everyone at the Table

Since last summer, the alliance has grown from an idea in Knowles’ June 8, 2020, Miami Times column into an embryo with a heartbeat and mission to unite an array of institutions, businesses and community stakeholders to increase economic and social prosperity across South Florida’s varied Black diaspora. It is quickly marshaling institutional support and is welcoming all comers to join in common cause at SoFloridaBlackProsperity.org.

More than $30,000 has been raised so far, and participants include OneUnited Bank, the Greater Miami Chamber of Commerce and Miami-Dade Beacon Council. Florida International University and Florida Memorial University will help in providing measurements, and FIU is additionally lending its people to help the alliance.

The alliance’s immediate priorities include easing the path for Black businesses and residents to be more fully represented before government prior to the solidification of all developments, procurement and infrastructure projects, so they may win fairer access to contracting and training opportunities.

Ruban Roberts, immediate past president of the Miami NAACP and a family therapist by trade, said he is particularly concerned by the financial and health stresses brought about by the widening wealth gap and the economic, social and psychological pressures of gentrification.

“We’re not asking for anyone to give us a handout,” he said. “We want nothing but to help us help ourselves. We have the resources to lift ourselves up, but we want talent here locally.”

The alliance will gather data over the next year, with the aim of presenting in 2022 a manifesto for future coordination and efforts.

Concrete efforts to undo discrimination in county contracts go back 40 years. When Stierheim worked to create the 1982 ordinance instituting preferences for Black-owned businesses – then 1% of the total in Miami-Dade – the county awarded a bid to build the $6 million Earlington Heights Metrorail Station in Brownsville to a Black-owned Atlanta contractor. The South Florida Chapter of Associated General Contractors of America challenged the bid and failed in the 11th District Court of Appeals in Atlanta.

In 1997, that very court overturned Miami-Dade’s policy, saying that “the County lacked a strong basis in evidence to justify race- or ethnically-conscious affirmative action.”

For more than 20 years, the county has sought to address underrepresentation through MDEAT, with its focus on small business and economic development, promoting homeownership assistance and holding teen court.

Under Smith, the Office of Equity and Inclusion will conduct surveys, hold listening sessions with stakeholders and create a strategy by May to broaden participation in social, economic and political life regardless. A big component of that will be to produce the data and evidence the 11th District Court cited as lacking.

Smith will work with Rahel Weldeyesus, Levine Cava’s senior advisor for innovation and performance, who will connect the county departments with each other, and the county with the public, including the business sector.

“That’s the Thrive305 initiative, the engagement component,” said Weldeyesus. “The second is the empowerment side of it. How do they advocate for change? Most people get into the budget process too late. The budget cycle really starts in January, February. That’s the time to speak up. Businesses and people need to be in on it every step of the way, not just the tail end of it, to empower residents with accurate information. It shouldn’t just be up to the lobbyists to know how the government works.”