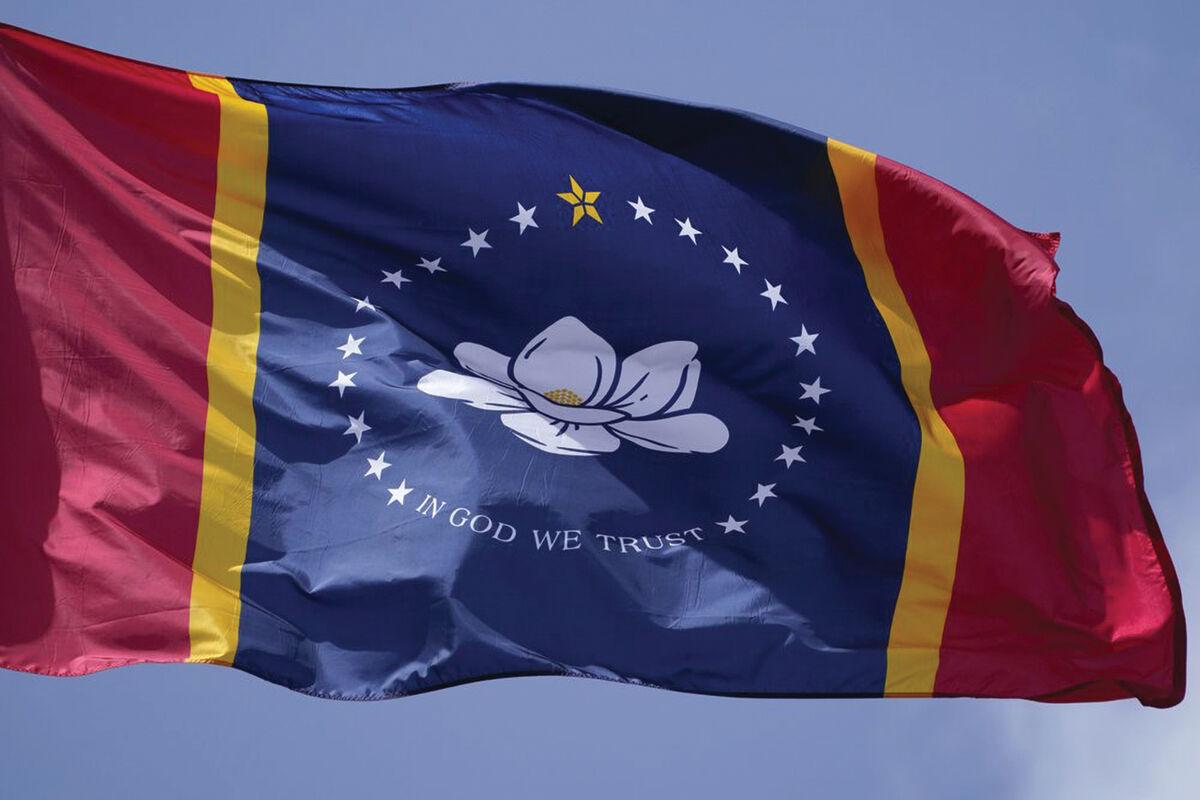 Mississippi voters have approved a new design for their state flag to replace the Confederate-themed one lawmakers retired in late June. 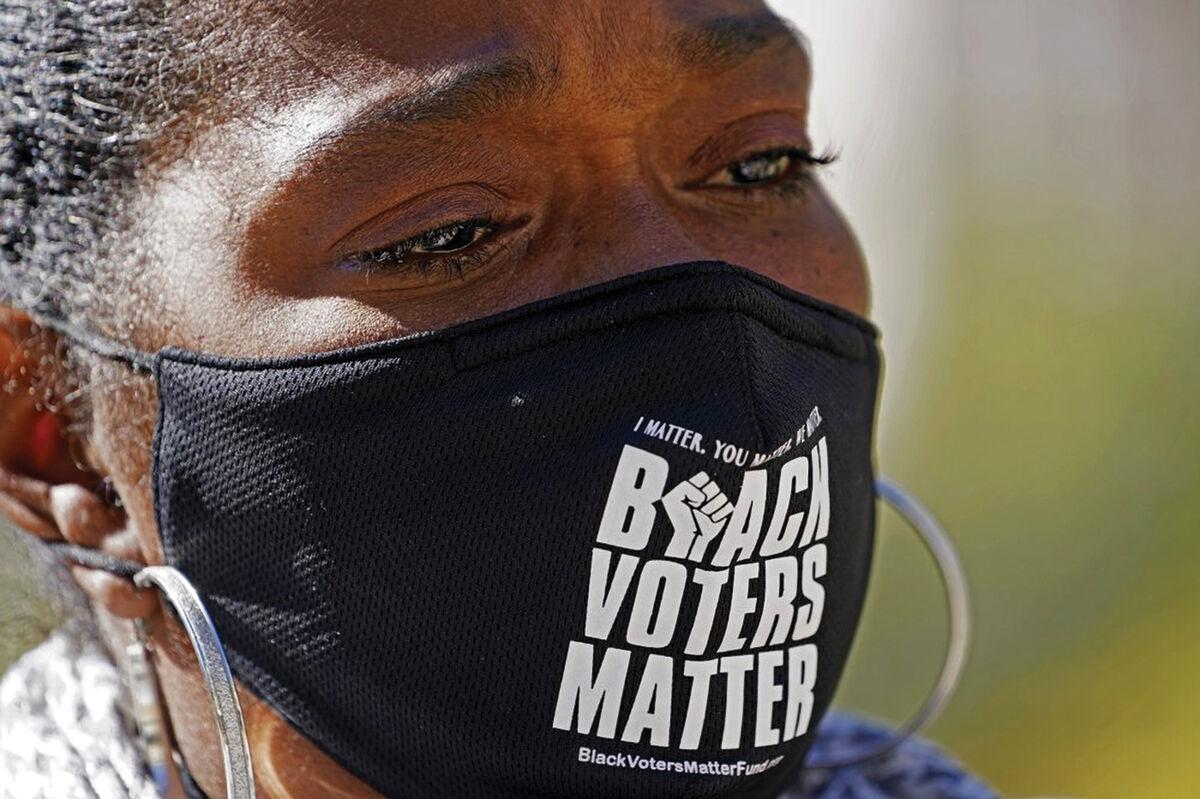 Sharon Brown, co-chair of the Mississippi Poor People’s Campaign, reacts during a news conference at the state Capitol in Jackson, Mississippi, over voting concerns statewide.

Alabama voters reversed themselves from a few years ago and removed racist vestiges of segregation from the state constitution that courts long ago ruled unconstitutional. Rhode Island did a similar U-turn to eradicate the word “plantations” from the state’s official name.

In a year when discussions of racial justice have dominated U.S. society like few others, five states voted to cleanse the public sphere of words, phrases and symbols that to many were painful reminders of the nation’s history of slavery and the systematic oppression of Black people.

Brendan Skip Mark, who teaches political science at the University of Rhode Island, believes the decisions were linked to the revulsion and widespread protests that followed the police killing of George Floyd in Minnesota in May.

“In many ways this has sparked a national conversation on race, and I think we’ve seen a lot of people who are more willing to take concrete steps to address racism than they were in the past,” Mark said.

In addition to the votes in Alabama and Rhode Island, residents of Utah and Nebraska decided to strip their constitutions of unenforceable provisions that allowed slavery as a punishment for criminal convictions. And Mississippi voters approved a state flag without the familiar X-shaped design of the Confederate battle flag.

The votes are a positive sign in a nation where racial tension always has existed, said Stacy Moak, who teaches in the social work department at the University of Alabama at Birmingham.

“Affirmative votes for these changes shows a willingness on the part of Americans to provide for a more inclusive community. These changes, by themselves, are not enough – but they are encouraging signs of progress in the right direction,” she said in an interview conducted by email.

The Alabama measure begins the process of removing Jim Crow language from the 1901 Constitution that was intended to entrench white supremacy. Voters in the mostly white, conservative state had rejected similar proposals twice since 2000.

Courts had previously struck down the legality of the segregationist provisions that were enshrined in the document long ago, but the language banning mixed-race marriage, allowing poll taxes and mandating school segregation remained.

Glenn Crowell, a Black Republican from Montgomery, was among the roughly 67% of voters who supported scrapping those sections.

“It just doesn’t make any sense nowadays,” said Crowell, 63. Yet another statewide vote will be required to approve the revisions after legislators consider a draft in 2022.

In neighboring Mississippi, about 71% of voters approved a new state flag featuring a magnolia and the words “In God We Trust” to replace the Confederate-themed flag that state legislators voted to retire in June after the nation erupted in demonstrations following Floyd’s killing.

Mississippi voters also eliminated an 1890s provision that aimed to ensure white control of the state by requiring majorities of both the popular vote and the 122 state House districts to win statewide office. Now, only a popular vote majority is required.

To the west, Utah and Nebraska approved provisions similar to Alabama’s to delete constitutional language allowing slavery as a possible punishment in criminal cases.

The measures, which passed by 81% in Utah and 68% in Nebraska, got relatively little attention before the vote.

But the fact that states even placed the measures on ballots shows that protests and the national discussion on racism are having an impact, said Deirdre Cooper Owens, director of the humanities in medicine program at the University of Nebraska.

“Symbolism matters, and so does language,” she said by email.

The vote was closest in Rhode Island, once a hub of the trans-Atlantic slave trade, where about 53% of voters supported the proposal to strip the words “and Providence Plantations” from the state’s formal name, first adopted in 1790. A similar measure failed in 2010.

Like elsewhere in the country, Rhode Island has seen protests over Floyd’s death, and in racially diverse Providence, a truth commission was established to consider the state’s historic ties to slavery, land seizures, systemic racism and possible reparations.

“This ballot initiative is part of a broader shift in Rhode Island to reconcile with the past,” said Mark. “I think this is a unique moment in history.”

All those ballot measures involved changing symbols or wiping away reminders of injustices of long ago. In California, where voters were asked to reconsider a more contemporary race-related issue, they balked.

The liberal-minded state rejected a proposition that would have repealed a 1996 initiative prohibiting affirmative action programs in public employment, education or contracting. Supporters said the measure lost for several reasons, including a lack of time to persuade voters during a busy election year.