About Us
News
Opinion
Lifestyles
Sports
Faith & Family
Obituaries
Digital Edition
COVID-19 Hub
ADVERTISE WITH US!
Share This
1 of 3 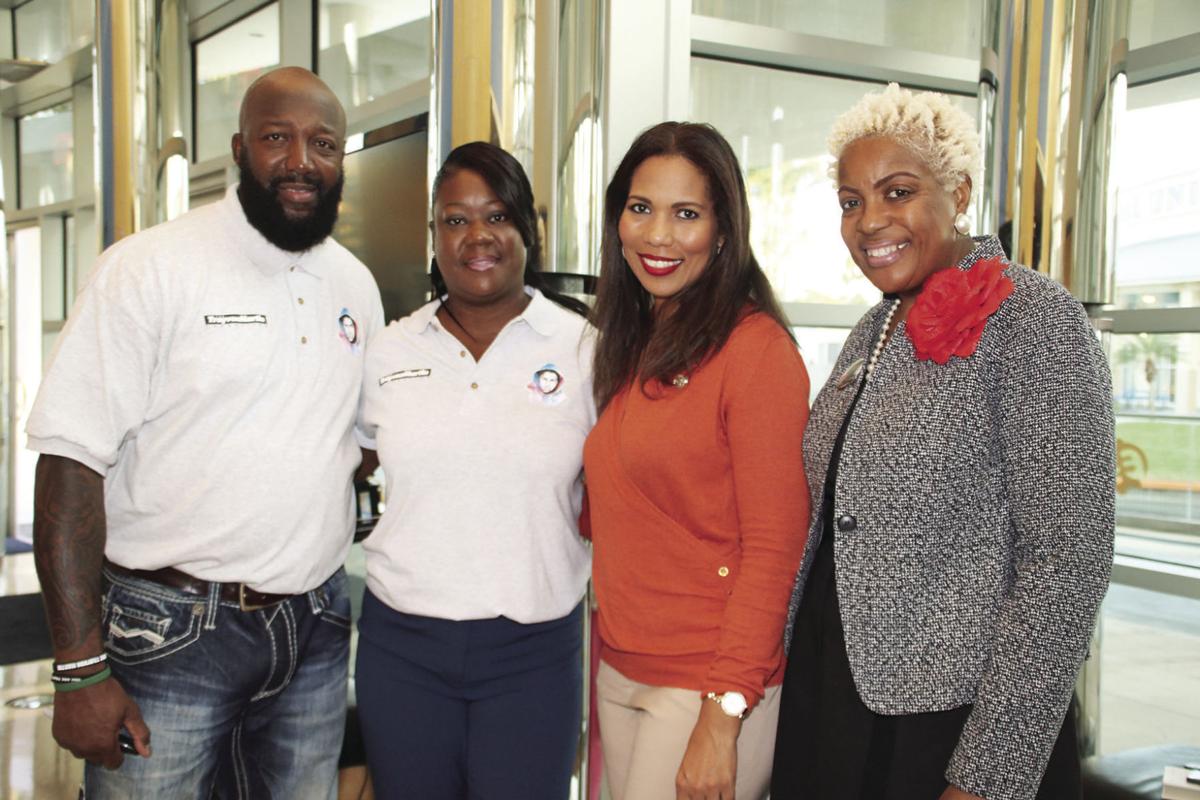 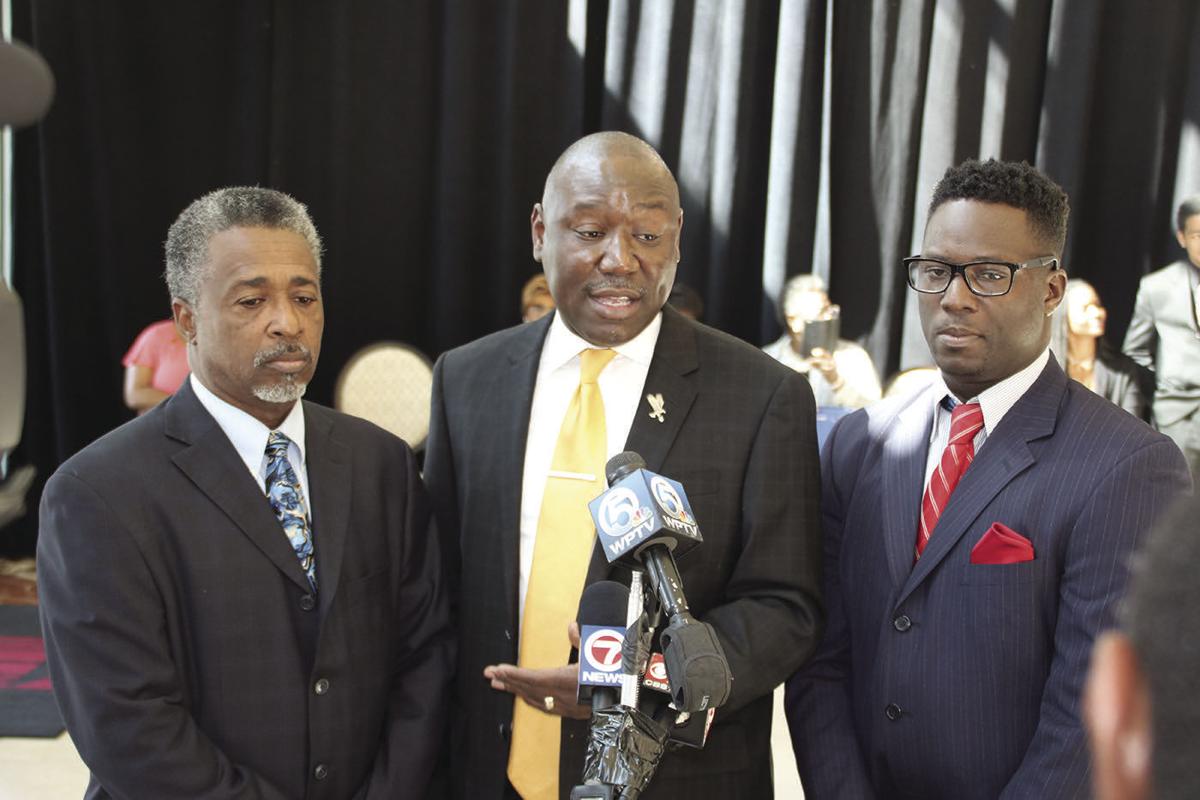 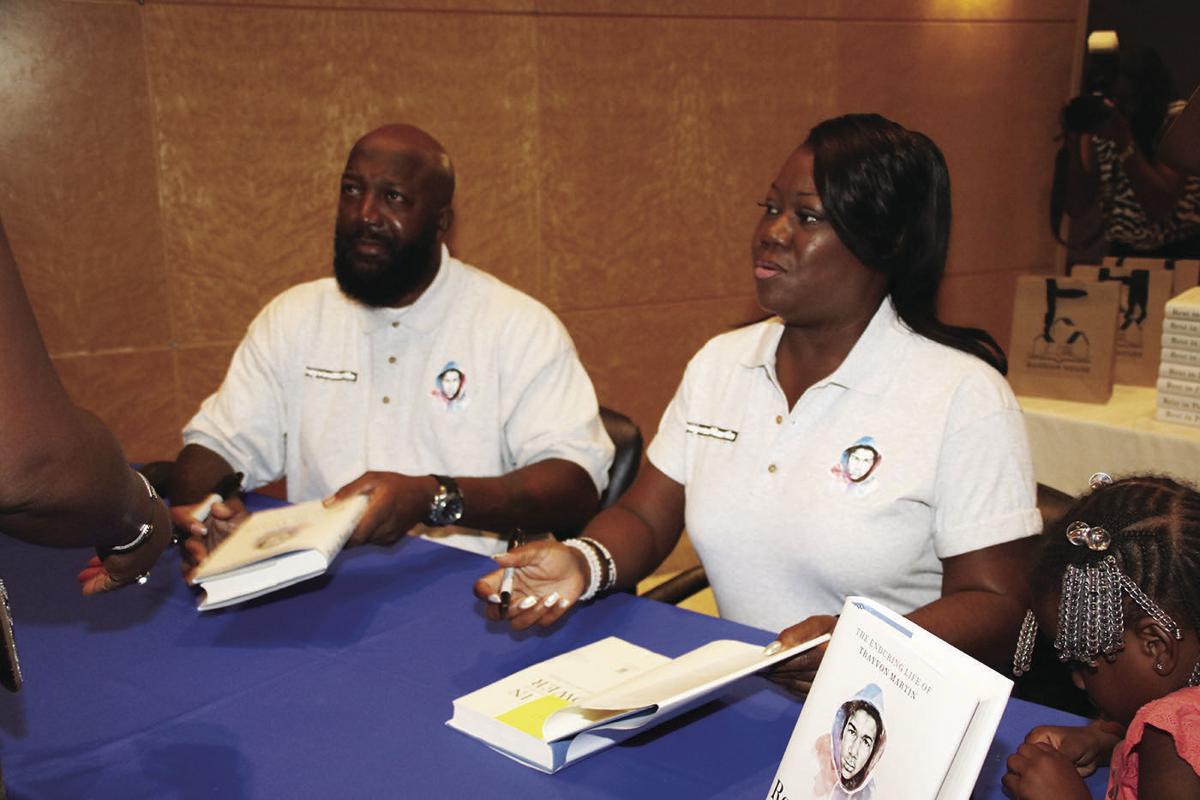 Sybrina Fulton and Tracy Martin at a book signing at Florida Memorial University for their new novel, "Rest in Power."

Sybrina Fulton and Tracy Martin at a book signing at Florida Memorial University for their new novel, "Rest in Power."

Over last weekend, two Black families remembered a loved one whom they had lost due to excessive force. Attorney Ben Crump, who represents the families of Corey Jones and Trayvon Martin, spoke at an event with the Malcolm F. Cunningham Bar Association on Friday, Feb. 3, in West Palm Beach at the Kravis Center. On Saturday night, Feb. 4, Sybrina Fulton and Tracy Martin, parents to Trayvon, spoke at a book signing at Florida Memorial University in Miami Gardens. Both Crump and Trayvon’s parents spoke about the need for people to participate in upcoming elections and be vocal about what injustices they see in the era of the Donald Trump presidency. Feb. 3 would have been Jones’ 33rd birthday, and Feb. 5 is the birthday of Trayvon, who would have been 22.

Clinton Jones Sr., spoke of how much he missed his son, and that Friday was the family’s special day to spend with Corey. Jones said the family got through the day with their faith in God, and their faith in justice for Corey.

“He was a good kid,” said Jones, “a family kid, and a caring kid. He had a great future. Raja didn’t even give him the opportunity, the chance, and for what? I want to know for what? There was no reason to kill my son.”

Crump spoke about the excessive force and disregard for life committed by former Palm Beach Gardens Officer Nouman Raja. Crump said audiotapes and other testimony that had come to light recently showed that Raja used excessive force, and that Raja also lied about when he shot Corey. Crump noted that Corey was running away from Raja, and that Raja shot him in the back, “like he was a dog.” Crump asked for “full justice” to take place, in memory of Corey, and as a “birthday gift” to a young man who had been cut down when the most promising days were ahead of him.

Both Crump, and Jones said they were optimistic that Raja would pay for taking Corey’s life.

“Don’t take our word for it,” said Crump. “Go listen for yourself. There is no reason why Corey should have been killed. We celebrate his birthday and his life. The gift that I ask for would be full justice, not partial justice. We call upon State Attorney Dave Aronberg to swiftly prosecute this case.”

Crump also spoke of Trayvon and other Black men and women who had been cut down during in interactions with law enforcement. Crump said, in the words of Dr. Martin Luther King, that “justice delayed was justice denied,” and noted that if Jones had shot or killed Raja, Jones would already be rotting away in some jail cell. Crump also spoke about how young Black men and women often suffer character assassination when they are murdered. Crump called to mind other cases, like Philando Castille, Laquin McDonald, the cases of the women in Oklahoma, and so many others, where justice took too long because the victims were minorities.

“You say Black lives matter,” said Crump. “They say they killed Trayvon and Sandra Bland, and nothing happened. Our children are looking at us to say their lives matter and it’s not just lip service.”

Crump said that justice should be equal, no matter whether justice was administered to a Black person or a white person, whether the person was a rich or poor. He cited Thurgood Marshall, who said that the Constitution and the laws in the country applied to a Black baby born to a woman who was impoverished or to the most affluent white mother. He told people in the room to stand up when they saw injustice, and noted that everything Hitler did was legal, but that didn’t make it right.