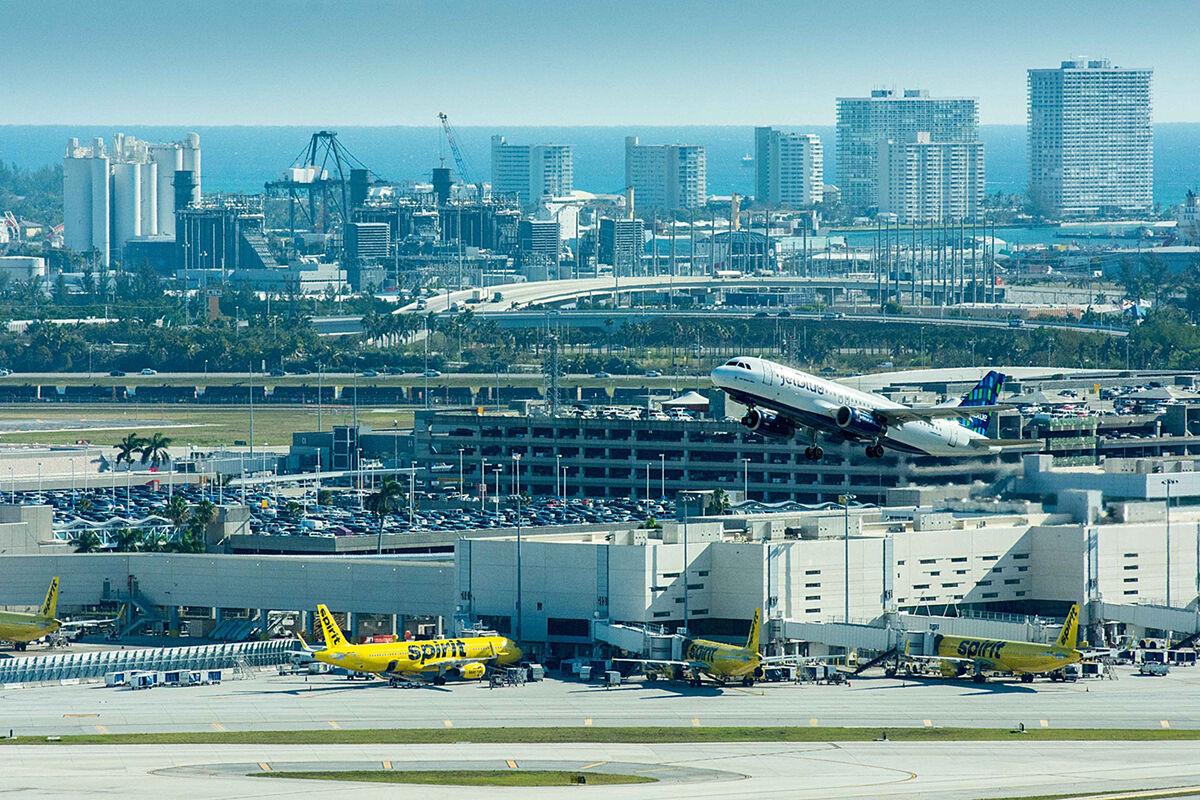 Fort Lauderdale-Hollywood International Airport ranked at No. 7 on the Transportation Security Administration’s top 10 list, with 87 guns found by the TSA last year. 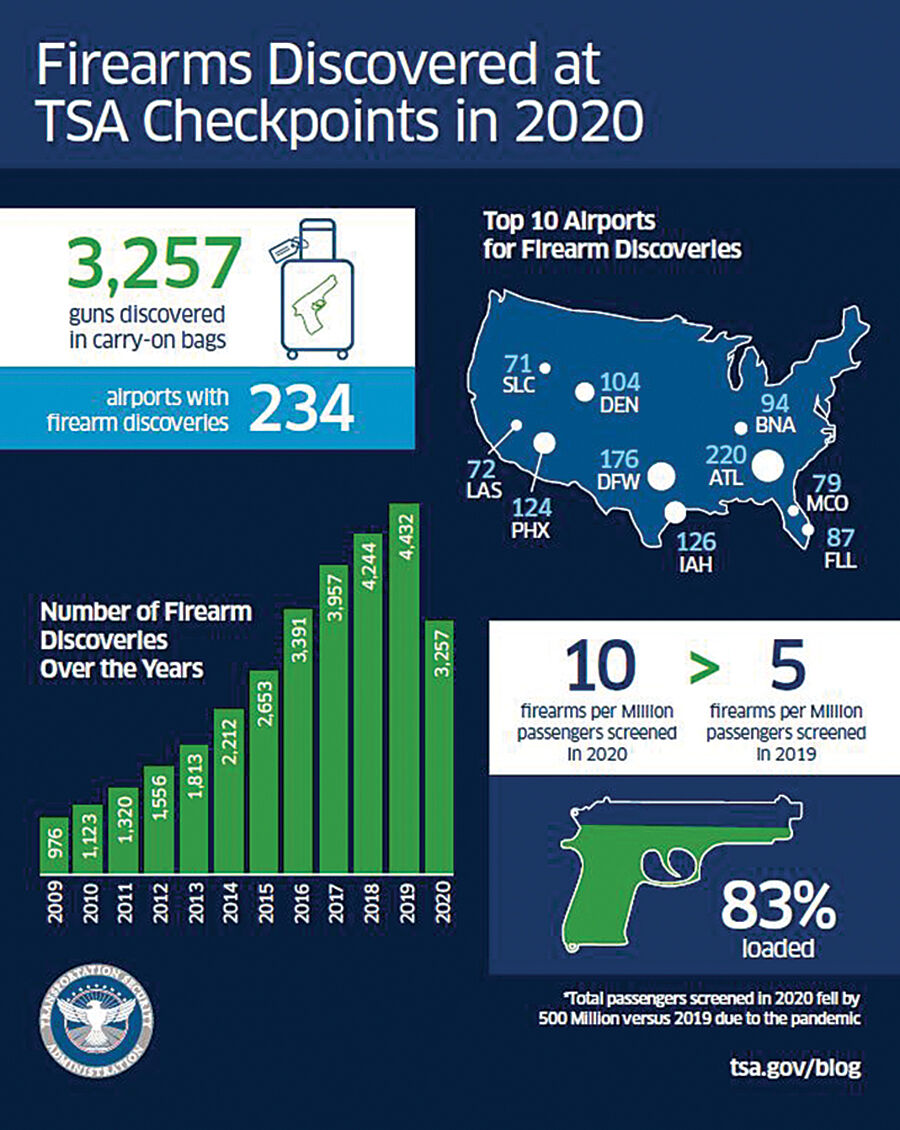 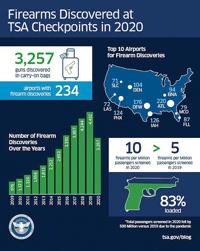 Two airports in the Sunshine State made the Transportation Security Administration’s top 10 list of guns found at airport security checkpoints, according to a TSA news release.

Hartsfield-Jackson Atlanta International Airport, where 220 guns were found by the TSA in 2020, fills the top spot on the list.

A total of 3,257 firearms on passengers or in their carry-on bags at checkpoints were found, although total passengers screened in 2020 fell by 500 million versus 2019 due to the pandemic. Of those firearms caught in 2020, about 83% were loaded, the TSA said. In 2019, TSA officers stopped a record 4,432 firearms, of which 87% were loaded.

“I commend our officers for their commitment to TSA’s security mission by identifying and stopping these weapons at the TSA checkpoints. Firearms are strictly prohibited on board planes in the passenger cabin,” said Darby LaJoye, a senior official performing the duties of TSA administrator. “Bringing a firearm to a TSA security checkpoint poses a serious risk to TSA officer and passenger safety, and doing so may result in significant fines or arrest.”

Airline passengers can fly with firearms in checked baggage if they are properly packed and declared at check-in. However, firearm possession laws vary by state and locality. TSA advises travelers to familiarize themselves with state and local firearm laws for each point of travel prior to departure to ensure they transport guns in accordance with applicable laws. Airlines may have additional requirements for traveling with firearms and ammunition, the TSA said, so travelers should also contact the airline regarding firearm and ammunition carriage policies prior to arriving at the airport.

In Memory of A Special Brother Memory Will… Read more