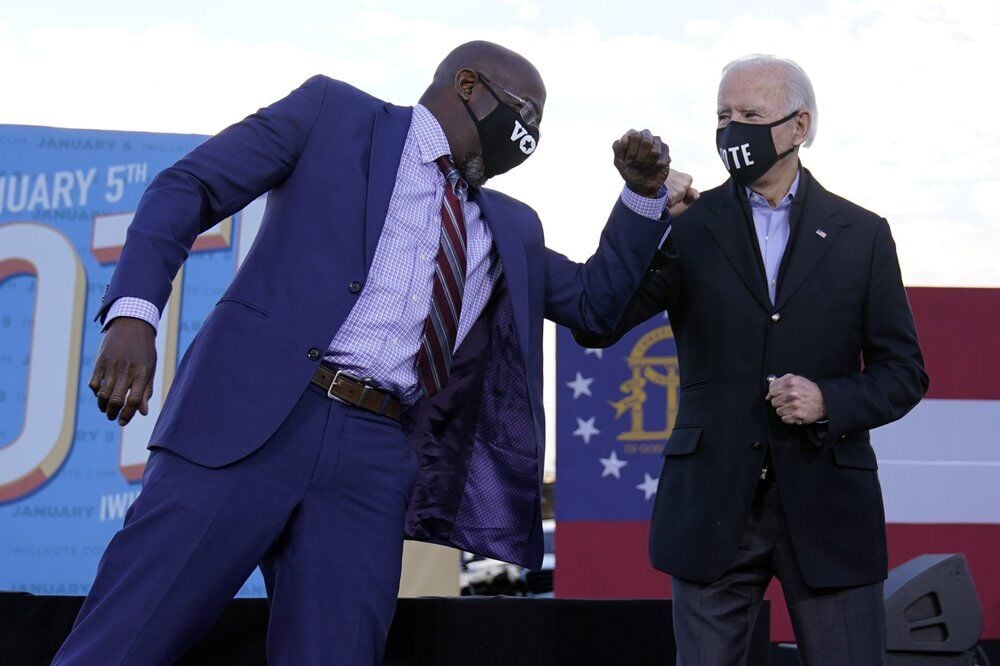 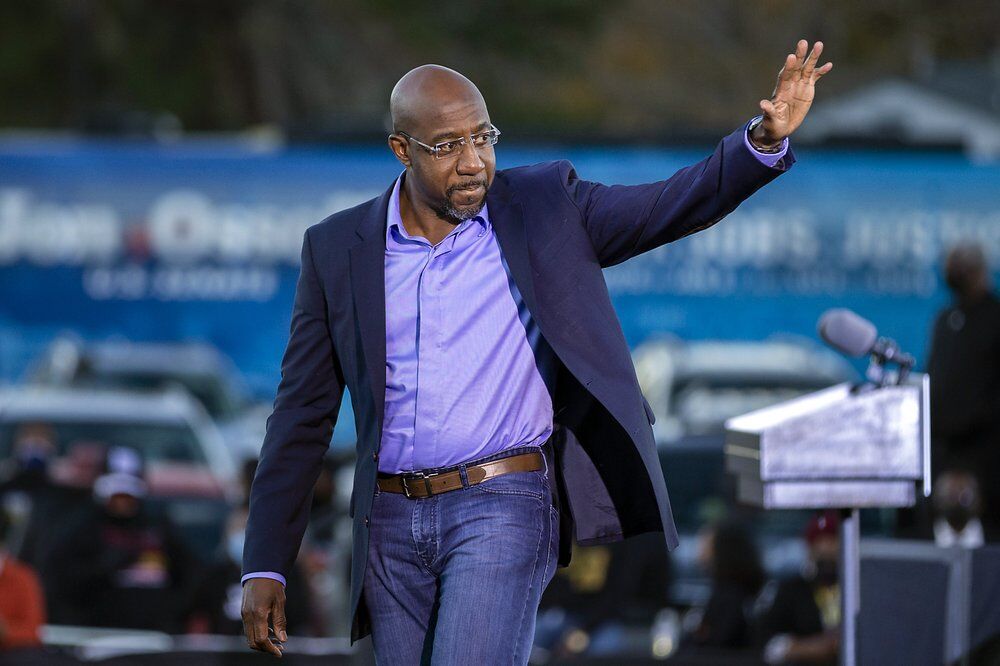 The Rev. Raphael Warnock’s roots showed little promise of a future that led to the U.S. Senate.

He grew up in Savannah, Georgia, in the Kayton Homes public housing project, the second youngest of 12 children. His mother as a teenager had worked as a sharecropper picking cotton and tobacco. His father was a preacher who also made money hauling old cars to a local scrapyard.

“My daddy used to wake me up every morning at dawn,” Warnock told a hometown crowd at a drive-in rally two days before his election last Tuesday. “He said, ‘Boy, you can’t sleep late in my house. Get up, get dressed, put your shoes on. Get ready.’”

Pushed by his parents to work hard, Warnock left Savannah and became the first member of his family to graduate from college, helped by Pell grants and low-interest student loans. He earned a Ph.D. in theology that led to a career in the pulpit, eventually as head pastor of the Atlanta church where the Rev. Martin Luther King Jr. preached.

Now Warnock, 51, will go to Washington as the first Black senator elected from Georgia, a Southern state still grappling with its painful history of slavery, segregation and racial injustice.

“Only in America is my story even possible,” Warnock told the cheering drive-in crowd.

Warnock defeated Republican Sen. Kelly Loeffler, a wealthy businesswoman who spent more than $20 million of her own money to try to keep the Senate seat to which Georgia’s Republican governor appointed her a year ago.

His election followed a year scarred not only by a pandemic that disproportionately killed African Americans and left many jobless and struggling to pay rent, but also marked by the volatile outcry over the killings of Black Americans, including George Floyd in Minneapolis, and Ahmaud Arbery and Rayshard Brooks in Georgia.

Warnock isn’t the first Black candidate to win statewide office in Georgia, where voters elected Black men to serve as attorney general, state labor commissioner and a state Supreme Court justice in the 1990s. But the Senate seat is by far the most high-profile office won by an African American from the state.

“A barrier has been broken, a wall has literally been shattered and splintered,” said Michael Thurmond, the elected CEO of DeKalb County in metro Atlanta. “Historically, it didn’t matter how qualified you were, primarily you were prohibited by color. It was an office reserved for white men.”

A Black Democrat, Thurmond previously served as Georgia’s labor commissioner and ran his own campaign for the U.S. Senate in 2010. He credited Warnock’s victory largely to Georgia voters defying stereotypes and expectations.

“African American voters did something many political pundits didn’t believe they would do, which is come back for a runoff,” said Thurmond, who also noted that many whites supported Warnock – even as Republicans spent huge sums to portray him as being too radical for the traditionally conservative state. “The fact that whites weren’t scared to vote for this Black man was quite amazing.”

Michaelle Viosa moved to Atlanta last year from New York and said she’s been unable to find a job amid economic fallout from the pandemic. Hearing of Warnock’s win when she woke Wednesday, Viosa, a Black woman of Haitian descent, cheered his victory – but also wondered what he’ll do when he gets to Washington.

“I believe God wanted it,” Viosa said. “I’m hoping he uses his powers for good for our community. There has been so much oppression on our people.”

Warnock framed his campaign for the Senate as an extension of his years of progressive activism as the leader of Atlanta’s storied Ebenezer Baptist Church. He won election on a platform that called for bail reform and an end to mass incarceration, a living wage and job training for a green economy, expanded access to voting and health care, and student loan forgiveness.

It was an unabashedly liberal agenda that illustrates a political shift in Georgia. The state’s last Democratic senator, Zell Miller, became so conservative that he gave a rousing speech at the 2004 Republican National Convention endorsing the reelection of President George W. Bush.

Warnock insists he’ll work to unite Georgia after a bitterly divisive campaign and the polarizing four years of President Donald Trump’s term. He said his first priorities will be pushing to increase coronavirus relief payments to $2,000 and improving distribution of the COVID-19 vaccine.

“What Georgia did last night is its own message,” Warnock told CNN last Wednesday, “in the midst of a moment in which so many people are trying to divide our country, at a time we can least afford to be divided.”

Loeffler and Republicans targeted Warnock using video snippets from some of his sermons as ammunition for a barrage of negative ads. One of them featured Warnock defending President Barack Obama’s former pastor, Jeremiah Wright, after Wright decried the country’s mistreatment of Blacks with the exclamation, “God damn America.”

Other Black ministers called Loeffler’s criticisms unfair, saying Republicans used brief sermon excerpts without context and showed no understanding of how Black preachers have often spoken out against racial injustice in terms that can be discomforting to outsiders.

Warnock was arrested at the Georgia state Capitol in 2014 while protesting the refusal of state Republicans to expand Medicaid. In 2017, as he and other pastors demonstrated against efforts to repeal Obama’s signature health care law, he was arrested again at the U.S. Capitol in Washington.

Warnock recalled the Washington arrest during his speech Sunday in Savannah, as he looked ahead to his next trip to Capitol Hill.

“I’m going to meet those Capitol police officers again,” he said. “This time they will not be taking me to central booking. They can help me find my new office.”