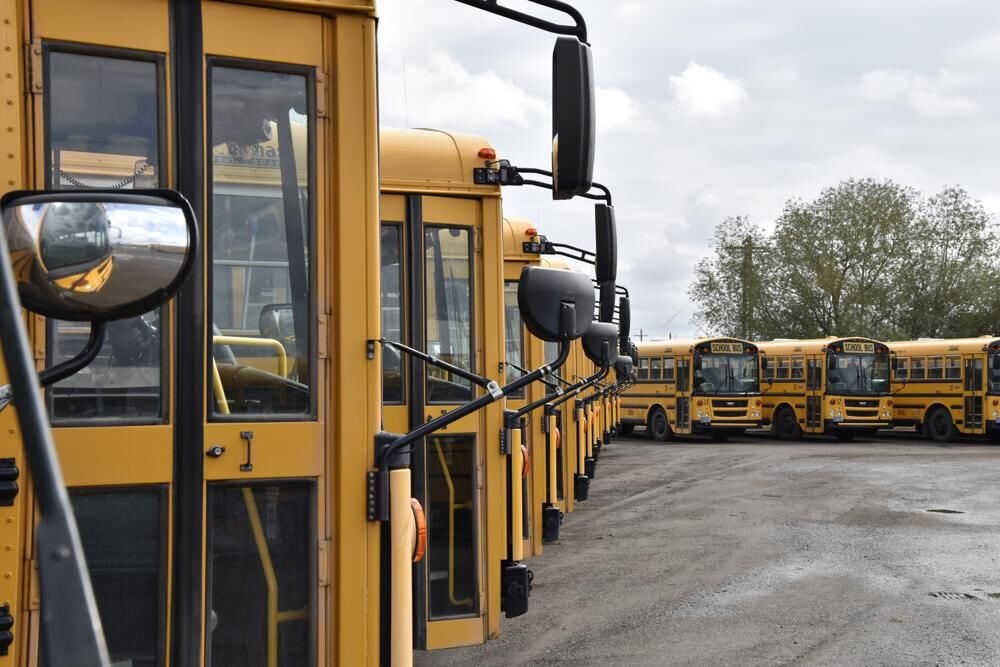 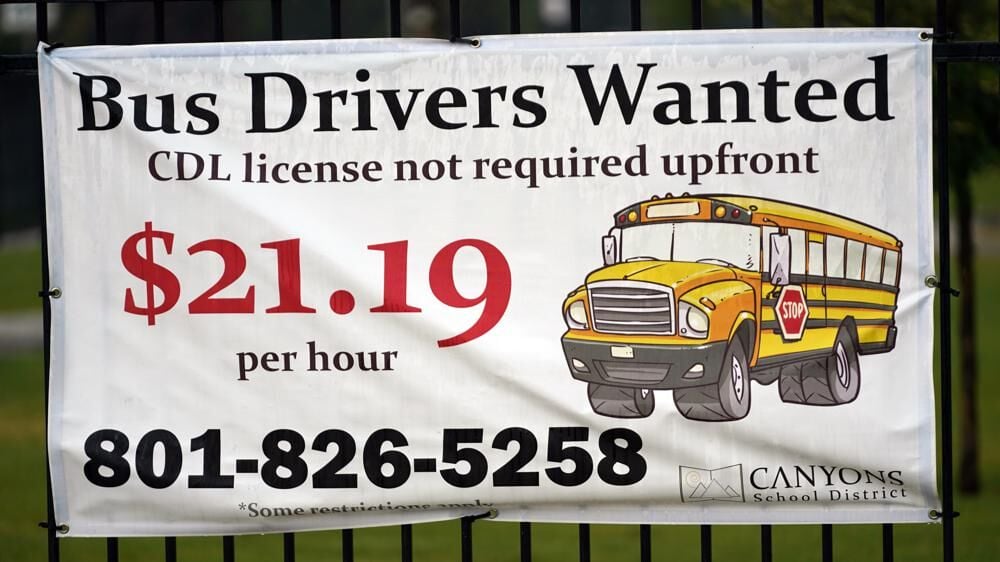 From coast to coast, school districts are dealing with a shortage of bus drivers.

In Florida, many of the largest school districts are using managers as drivers and implementing other stop-gap measures to get students to class as the school year begins against a statewide political fight over masks between Republican Gov. Ron DeSantis, who wants to forbid mask mandates, and districts convinced they’re needed to keep kids safe.

A Montana school district is dangling $4,000 bonuses and inviting people to test-drive big yellow school buses in hopes of enticing them to take a job that schools are struggling to fill as kids return to in-person classes.

A Delaware school district offered to pay parents $700 to take care of their own transportation, and a Pittsburgh district delayed the start of classes and said hundreds more children would have to walk to school.

They are all among schools across the U.S. offering hiring bonuses, providing the training needed to get a commercial driver’s license and increasing hourly pay to attract more drivers.

The shortage of bus drivers is complicating the start of a school year already besieged by the highly contagious delta variant of COVID-19, contentious disagreement over masking requirements, and the challenge of catching up on educational ground lost as the pandemic raged last year.

The driver shortfall isn’t new, but a labor shortage across many sectors and the pandemic’s lingering effects have made it worse, since about half the workforce was over 65 and more vulnerable to the virus, said Joanna McFarland, co-founder and CEO of school ride-service company HopSkipDrive, which tracks school bus issues.

Her company conducted a survey in March that found nearly 80% of districts that responded were having trouble finding enough bus drivers.

First Student, a company that contracts bus service for school districts around the county, held test driving events it called “Big Bus, No Big Deal” in Montana and many other states this summer to give people an opportunity to try their hand at driving. The hope was that it could remove a barrier to those who otherwise might be interested in helping get kids safely to and from school, said Dan Redford, with First Student in Helena, Mont.

“We actually set up a closed course at the fairgrounds, and we invited the public to come in and learn that it’s not a big deal to drive a big bus,” Redford said. “They’re actually pretty easy to drive. You sit up high. You’ve got plenty of view.”

In Helena, the company has 50 bus drivers and needs 21 more before classes start on Aug. 30, a shortfall Redford called unprecedented.

Attendance ended up being light at the Helena event, but similar demos, like one held recently in Seattle, led to more applications.

The delta variant also drove the U.S. Centers for Disease Control and Prevention to recommend universal mask wearing in schools, especially for children too young to be vaccinated. But in many areas, there’s a wave of fierce anti-mask protest.

“I know I’ve had a lot of drivers that don’t believe in that and don’t want to have to deal with that,” he said.

For parents, school bus headaches are coming at an especially difficult time.

Monica Huff was at home in quarantine with a likely case of COVID-19 last week when she learned that her 14-year-old son’s school bus didn’t show up at his stop in suburban Houston.

“I was worried. I was scared. ... I didn’t know where he was,” she said. She felt especially helpless because she couldn’t leave to get him herself without putting others at risk of infection.

Eventually she learned that the elementary school bus driver had picked up the older kids and brought them to the high school. She was relieved to know her son had arrived at school, though his late start time was also a concern since he’s still making up some ground in his studies after falling behind during remote learning early last year.

“There’s enough to worry about this year with people getting angry about masks,” she said.

Republican Gov. Greg Abbott initially prohibited Texas school districts from requiring masks, but successful court challenges led the Texas Education Agency on Thursday to suspend enforcement of his ban while the challenges move through the courts.

Economic forces are also at play in the bus driver shortage. Driving a school bus requires a commercial driver’s license that can take weeks to obtain. And people who have them can often find higher-paying work that doesn’t require splitting the day for pickup and drop-off. Demand for commercial drivers is only increasing with the pandemic-related surge in online shopping, said McFarland with HopSkipDrive.

But working with kids driving a bus can be a rewarding profession, and the hours work well for stay-at-home parents or retirees seeking to supplement their income, contractors say. There’s no requirement to work nights, weekends or holidays. Field trips and sporting events can add more hours for those who want them, said Redford.

His company allows bus drivers whose children are at least 1 year old to ride on the bus with them while they work, saving on daycare costs.

One Michigan school district was able to find enough drivers by guaranteeing they could work enough hours in the district, including as janitors or in food service, to qualify for health insurance coverage, said Dave Meeuwsen, executive director of the Michigan Association of Pupil Transportation.

In suburban Salt Lake City, the Canyons School District was in dire straits about a month ago. It was down about 30 drivers, so its workforce would have been too small to staff all their routes, said spokesman Jeff Haney. Administrators put out the word that office staffers might have to get their commercial driver’s licenses just to get all the kids to and from school.

“It was very alarming and very concerning,” he said.

The district also increased bus driver pay and offered a program to help people get their commercial licenses. In the weeks since, it has seen an uptick in applications. If they keep coming in at the same rate, the district should be staffed up for the year, Haney said.