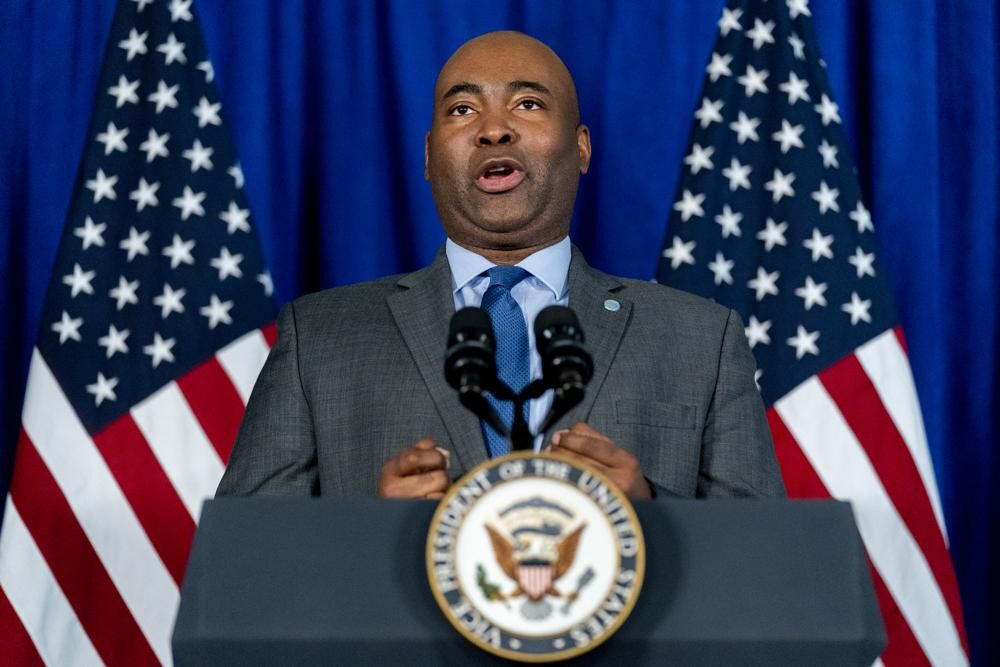 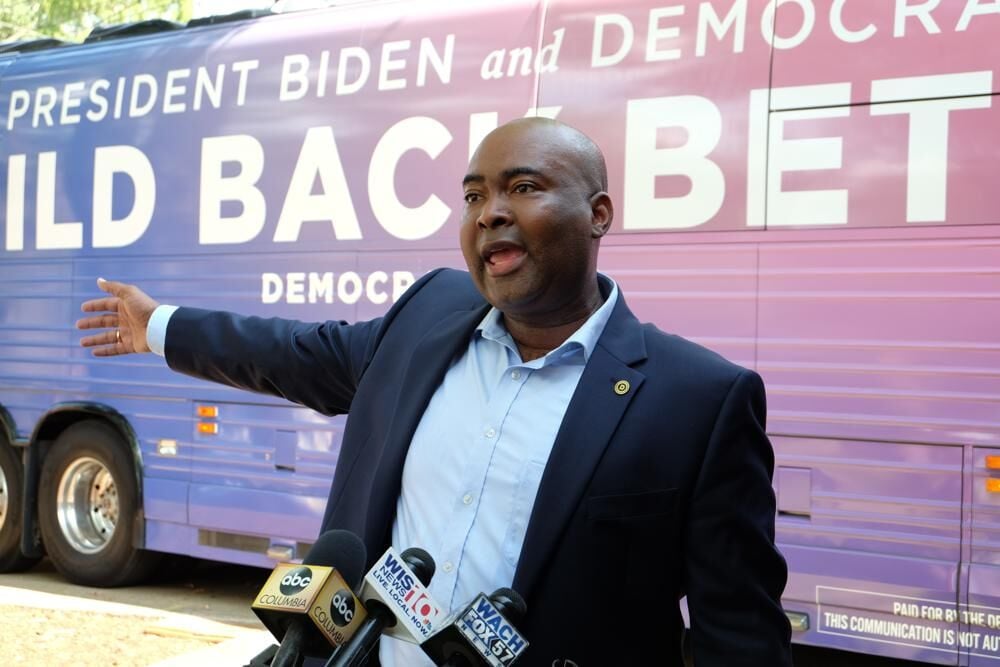 He’s not particularly close to the White House. He’s never won statewide office or a seat in Congress. And just last year, he lost a high-profile Senate race by double digits.

But if you ask him, Jaime Harrison will tell you he is uniquely prepared to lead a Democratic Party confronting fierce Republican obstruction, intense infighting and the burden of history heading into next year’s midterm elections.

He will tell you of his own childhood of poverty in rural South Carolina, where he ate cereal with water instead of milk before eventually becoming an attorney, a congressional aide, the first Black state party chair, a prodigious fundraiser and now, at 45 and the father of two young children, the chair of the Democratic National Committee.

He will also tell you about the intense pressure he feels to stave off political disaster in 2022.

“Let me tell you, man, it is a big weight. It is a tremendous weight,” Harrison said in an interview from a makeshift television studio in the basement of his South Carolina home. “My experiences are the experiences that we need at this moment to help really thread a needle. This is going to be challenging.”

Harrison is leading a party in peril.

A year after seizing control of Congress and the White House, Democrats are struggling with painful losses across several states in the recent off-year elections that raised serious concerns about a much larger Republican wave in 2022. Suddenly, the Democratic optimism of this spring has been replaced by doubt as party officials ponder whether they have the right message, the right messengers and the right political strategy.

The finger-pointing has already begun.

DNC members, who accepted Harrison as President Joe Biden’s pick for chair in January, have begun to grumble about his limited engagement with the rank-and-file activists and state party officials who do much of the day-to-day heavy lifting in Democratic politics. Others believe the White House isn’t giving him the freedom he needs to do the job well.

Some allies worry that Biden’s team hasn’t let Harrison select the members he wants, hire his preferred staff or drive the party’s messaging.

“Jaime Harrison knows how to do that job. I fear that he may not be allowed to do the job,” said Rep. Jim Clyburn, D-S.C., whom Harrison describes as a father figure and mentor.

Clyburn declined to criticize the White House directly but questioned whether Harrison is being “hamstrung by people who never ran for anything.”

The White House declined to comment publicly, while Harrison played down any tension as a simple matter of navigating a new relationship with Biden’s chief political emissary, Jen O’Malley Dillon. Harrison said they meet two to three times a month, and after getting to know each other better are building a friendship.

“Are there challenges that we all have to navigate in this process because the DNC is not normally involved in the midterms? Yes, there always will be, and there are now,” Harrison said. “I’m going to continue to push, I’m going to continue to be creative, but Jen and I are working hand in glove in terms of trying to make this work.”

These days, Harrison is doing most of his work from his basement in Columbia, S.C., his home of the past five years. The DNC’s Washington headquarters is still largely closed because of pandemic concerns. So, like thousands of Americans working from home, he is balancing his work life with the demands of raising two young sons, scheduling video meetings with the White House and television interviews around nap times, school activities and even the occasional COVID-19 scare.

From his home base 500 miles south of Washington, he acknowledges that he is fighting tremendous odds. Political parties that hold the White House have lost congressional seats in virtually every midterm election in the modern era. And Democrats are clinging to the narrowest majorities in both chambers of Congress.

Polling suggests there is cause for concern.

Gallup found in September that 55% of Americans had a negative view of the Democratic Party, the highest disapproval in five years. At the same time, majorities of Americans believe the nation is on the wrong track with Democrats in charge.

Democratic concerns deepened earlier this month after losses across Virginia, New Jersey, New York and Pennsylvania. The party’s Trump-era advantages eroded in the suburbs, while their struggle in rural areas worsened.

Harrison rejected a popular takeaway from the off-year drubbing that Democrats should no longer focus on former President Donald Trump as a centerpiece of their message to voters. Such a strategy failed in Virginia, among other states.

“The odds are Donald Trump is gonna run for president in 2024. And he’s the odds-on favorite to get the Republican nomination,” Harrison said. “And so I think it’d be foolhardy for us to say, ‘Let’s forget Donald Trump because he’s not here.’ He’s going to have his presence felt all over the 2022 midterms.”

In addition, the memories of 2010 are ever persistent.

That year, Democrats went into the first midterm election of Barack Obama’s presidency struggling to sell another major policy achievement, the health care law now known as “Obamacare,” to frustrated voters. Democrats ultimately lost 63 seats in the House and six in the Senate.

History suggests that Democrats will soon lose their House and Senate majorities again this time, too. But Harrison insists there is hope for his party.

“We can buck history. We can make our own history,” he said. “The question is whether we can get all together in order to do so. That is the real question.”