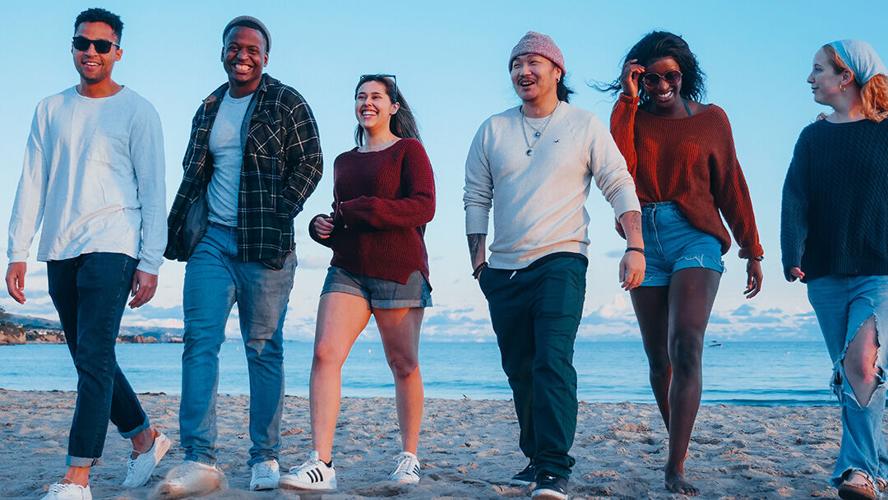 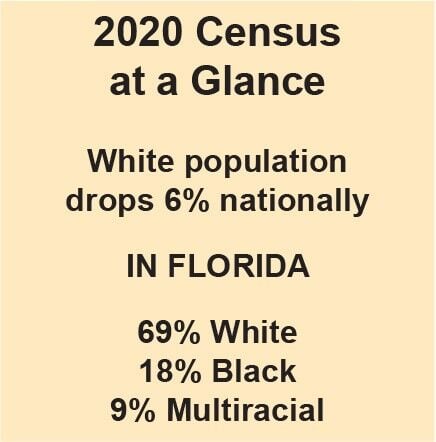 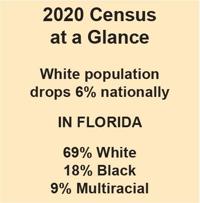 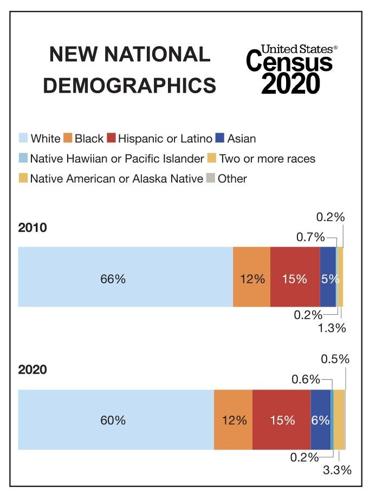 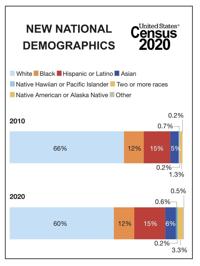 The U.S. became more diverse and urban over the past decade, while the white population dropped for the first time on record. That’s according to a trove of demographic data released by Census Bureau last week that will be used to redraw the nation’s political maps.

The new figures offered the most detailed picture yet of how the country has changed since 2010, and they are sure to set off an intense partisan battle over representation at a time of deep national division and battles over voting rights. The data could determine control of the House in the 2022 elections and provide an electoral edge for years to come. It will also shape how $1.5 trillion in annual federal spending is distributed.

The numbers show widespread population decline – with most counties losing population between 2010 and 2020 – and a continued migration to the South and West at the expense of counties in the Midwest and Northeast. The share of the white population fell from 63.7% in 2010 to 57.8% in 2020, the lowest on record, though white people continue to be the most prevalent racial or ethnic group. The Black population remained unchanged at 12%; Hispanics showed a 3% increase up to 18%; and those identifying as being of two or more races more than doubled, to 3.3%.

“The U.S. population is much more multiracial and much more racially and ethnically diverse than what we have measured in the past,” said Nicholas Jones, a Census Bureau official.

But it could be even more diverse than results reveal. The disruption of the coronavirus pandemic could mean thousands of Black and Hispanic Americans were undercounted in the census because spring quarantine made it more difficult to deliver questionnaires to hard-to-reach populations. In neighborhoods that had a high percentage of Black residents, the share of households answering the census dropped 11%. For Latino population-heavy tracts, the drop was 15%.

The delayed release of this likely flawed data has caused a mad dash among states to redraw their political boundaries ahead of the 2022 midterm elections. All 50 states will use the new data to adjust congressional and state legislative district lines to reflect the updated count of their residents, which promises to be particularly combative since control over Congress and statehouses are at stake. It was widely anticipated, for example, that Florida would gain two seats in the U.S. House of Representatives. In the end, it gained only one, but that singular district could reshape Florida’s swing, voter-packed I-4 corridor in the central part of the state. Florida gained two seats after the 2010 census.

Even before it began, the national headcount was challenged by attempted political interference from the Trump administration’s failed efforts to add a citizenship question to the census form, a move that critics feared would have a chilling effect on immigrant or Hispanic participation. The effort was stopped by the Supreme Court.

Communities of color have been undercounted in past censuses. The Census Bureau likely will not know how good a job it did until next year, when it releases a survey showing undercounts and overcounts. But last Thursday’s release allows researchers to do an initial quality check, and will probably lead to lawsuits alleging that the numbers are faulty. The Census Bureau has a program that allows elected officials to challenge its data, but it does not apply to apportionment or redistricting.

The last redistricting process in Florida lasted years and eventually went to the state Supreme Court.