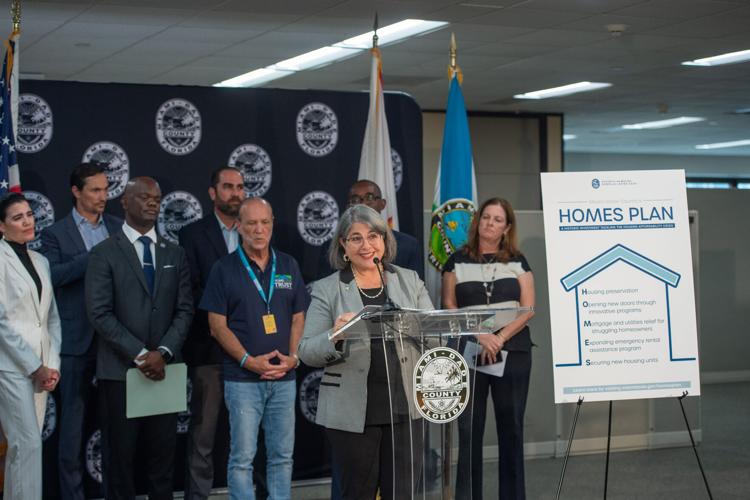 Miami-Dade County Mayor Daniella Levine Cava was joined by a lineup of speakers on Monday to announce her new HOMES plan. 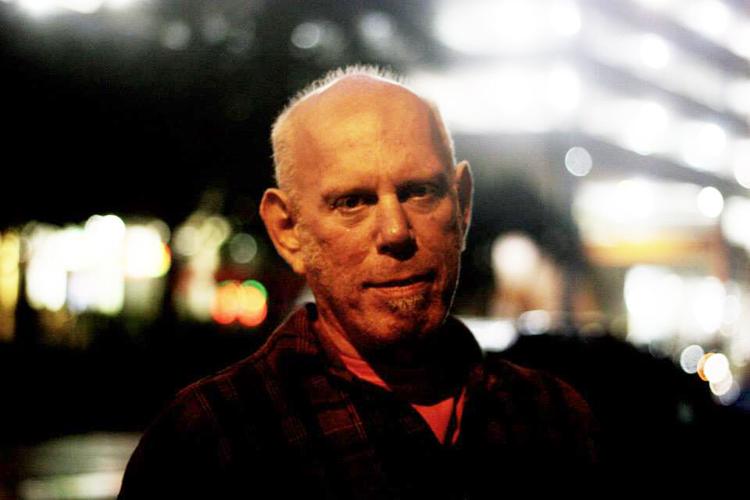 Mayor Daniella Levine Cava and county leaders should go back to the drawing board regarding her recently proposed $85 million HOMES plan – and maybe do some penance for a plan that does nothing to address the systemic housing affordability catastrophe which for 40 years lay embedded in a political economic structure now crushing low- and even middle-income residents.

We can only hope, but perhaps writing “A Band-Aid on a cancer is not the answer” on that drawing board 500 times or so might induce a realization that much more fundamental solutions than what they’ve presented are in order.

While pieces of the plan might provide a modicum of relief for some desperately strapped tenants and homeowners, its shortcomings can’t be ignored. Also at issue is what happened to the county’s effort to bring substantive, if perhaps temporary relief in the form of a rent control measure which residents eventually could have voted on.

First, nothing in the HOMES plan moves us toward addressing two basic realities: wages and salaries throughout the county are on average woefully inadequate, while the sky’s the limit for how much landlords can charge their tenants, which rent control would directly confront. Even before the grossly inflationary rent increases of the past two years, many whose incomes were at 80% of area median income (AMI) or below were already barely hanging on.

One piece of the plan which could ease the pain of middle-class homeowners would entail $1,500 payouts to those behind on loans, insurance or utility bills, out of a $25 million pot. Nearly 17,000 families could obtain some relief. But when those funds run out, what of the conditions that created those debts in the first place?

Likewise, how does a plan to provide $10 million in subsidies to landlords – a centerpiece of the HOMES proposal – address the need to stabilize or bring down rents? This proposal is tone-deaf, from the high notes to the low.

It’s not that a host of middle-income renters like teachers and firefighters don’t need the help, or that they don’t qualify for existing subsidies that the families of lower-income workers may obtain, but where’s the incentive for landlords to lower rents when they can impose rates of their choosing with impunity?

What’s been presented is a scheme that would pay landlords around $167 per month if they rein in the rent on a given unit. Rein in by how much isn’t clear, but the idea is that the burden would decrease for more than 4,500 households whose monthly rents would be subsidized by the county.

Those eligible could be earning up to 140% of AMI; that’s more than $130,000 a year for a family of four whose monthly rent could be as high as $3,000. Financial reality is undoubtedly stressing some of these families, but the fact that more than half of the $10 million would go to households earning above the AMI speaks to some pretty repulsive priorities. The answer to how that came about seems clear.

Annie Lord, Miami Homes For All executive director responded emphatically when I asked whether she or other tenants’ rights organizers were at the table to draft the legislation. Her answer: “No!”

Meanwhile, according to a Miami Herald summary of the plan published on Sept. 8, Ana VeigaMilton, whose family owns United Property Management and more than 9,000 apartment units in the county, boasted that “We actually helped draft the legislation” during a Levine Cava press conference Aug. 29.

“It was a completely collaborative effort between the public sector and the private sector,” she said.

To be kind, not quite “completely.”

Last but not least, whatever happened to that push for rent control?

At the very beginning of 2022, County Commissioner Kionne McGhee proposed a study to determine whether the county should pursue seeking rent control protection, a measure which ultimately would’ve been placed before voters.

The original proposal was subsequently amended and, according to public documents, sent March 10 by the Public Housing and Community Services Committee to the Board of County Commissioners with “a favorable recommendation.” The committee’s vote was 5-0.

But the proposal never made it to a commission meeting agenda and nobody’s saying why. It’s not unreasonable to speculate that some level of landlord rebellion ensued, because that’s exactly what’s happening in Orange County, where a lawsuit is now attempting to keep a rent control initiative off the November ballot. One of the two plaintiffs is the Florida Apartment Association, for which Ron Book serves as lobbyist.

While there’s no telling whether he played influencer toward ending Miami-Dade leaders’ pursuit of rent control, this gross contradiction can’t be ignored. Book should hang up either that lobbyist hat or the chairman’s hat. Or the county should just take it. After all, how many hats does a guy need in a county where many can’t even hold on to their roof?

Jeff Weinberger, founder of the October 22nd Alliance to End Homelessness, has been trying to end the systemic oppression of people experiencing homelessness for more than 12 years. His work has entailed educating the public about homeless criminalization, confronting municipal leaders who advocate a punitive regime and supporting attorneys to litigate these issues.