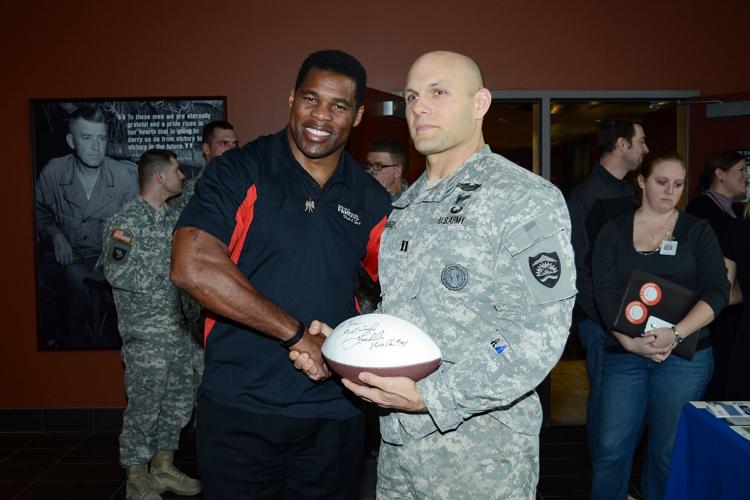 Heisman trophy winner and former NFL player Herschel Walker in 2012 shaking hands with Oregon Army National Guard Captain Vincent Habeck at Camp Withycombe in Clackamas, Ore., where he talked about his personal experiences with mental illness and the importance of seeking treatment. 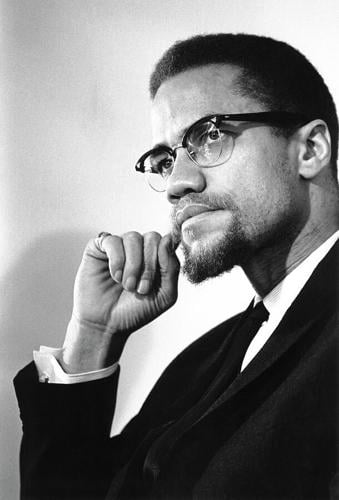 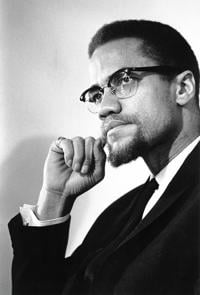 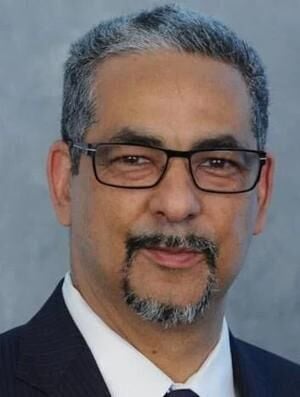 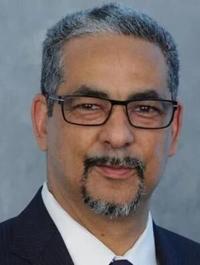 My father made sure his children knew our history.

My brother was born on the Fourth of July and we celebrated his birthday amid parades and fireworks, but my father made sure to let us know that July 4 was not our Independence Day. When the U.S. Constitution was written, we counted as 3/5 of a person, could not vote and were considered property – more valuable than cattle but perhaps not as valuable as a good racehorse.

June 19, 1865, is our independence day. It was the day that slaves in Galveston, Texas, finally learned of their freedom – more than two years after President Abraham Lincoln signed the Emancipation Proclamation – and began a tradition of celebrating Freedom Day. It took 157 years for the rest of these United States of America to recognize June 19 as a federal holiday. It makes my soul glad.

Much has changed since 1865, but racism has continued to thrive in this country unabated. We are slowly losing our right to vote, and even when we do win an election, MAGA elected officials try to erase it. Like Hitler’s, Trump’s legacy is white supremacy. He and his followers want to erase the gains from the 1960s and put Black people back in their place, a place he believes is subservient to whites.

Therefore, it amazes me that some Blacks, Hispanics and other people of color are attracted to the Trump banner.

Football icon Herschel Walker, for example, currently sickens me as the biggest Uncle Tom on the planet. He’s like a Black lap dog, who is following the wishes of the “massah” by getting the darkies in line in Georgia so they can knock out that “radical” Sen. Raphael Warnock. I’m not sure how many Black people will be fooled by this Uncle Tom, but if he can peel off enough Black votes and garner a few MAGA ones, he’ll have a chance of beating a great civil rights advocate and taking away the slim Democratic majority in the Senate.

I cannot understand how any right-minded African American could back Trump and be a MAGA supporter. I remember when Trump had his rallies, he would always put some people of color behind him so that cameras could catch them in the background. In the sea of tens of thousands of white people, a photo with three or four Back people would be seen by millions on television.

Historically, some Black people have forgotten who and what they are. I saw the following Malcolm X quote recently posted on Facebook:

“Sometimes a fruit falls from a tree and rolls so far away from its roots that it’s no longer the tree. The hard fall, and long journey, bruises the fruit so much that it totally changes it. It is the same way for some of our people. This is why some can’t be awakened regardless of how much truth you present to them. This journey has totally brainwashed them to such a degree that they’re no longer of the original tree.”

It made me think about how much and yet how little has changed. It’s amazing to me how insightful a Malcom X quote from the 1960s is still applicable today.

For example, Walker is a “house slave,” happy to get table scraps from the massah. I find it astonishing that someone rich and famous like Walker would crave scraps from Trump’s table, but the truth is, he’s a MAGA candidate and a Trump supporter who’s trying to take out a strong civil rights advocate.

Walker is making a lot of white people happy, because he’s doing their dirty work. Perhaps, we can attribute his Uncle Tom-ism to too many hits on the head. Maybe we attribute it to the fact that he is no longer in the football limelight and wants to be back in the glare of the spotlight. Or it's possible he is just ignorant and stupid.

For whatever reason, Walker is a disgrace – and all his fame as a football player is being erased by his willingness to destroy his own people along with other MAGA supporters.