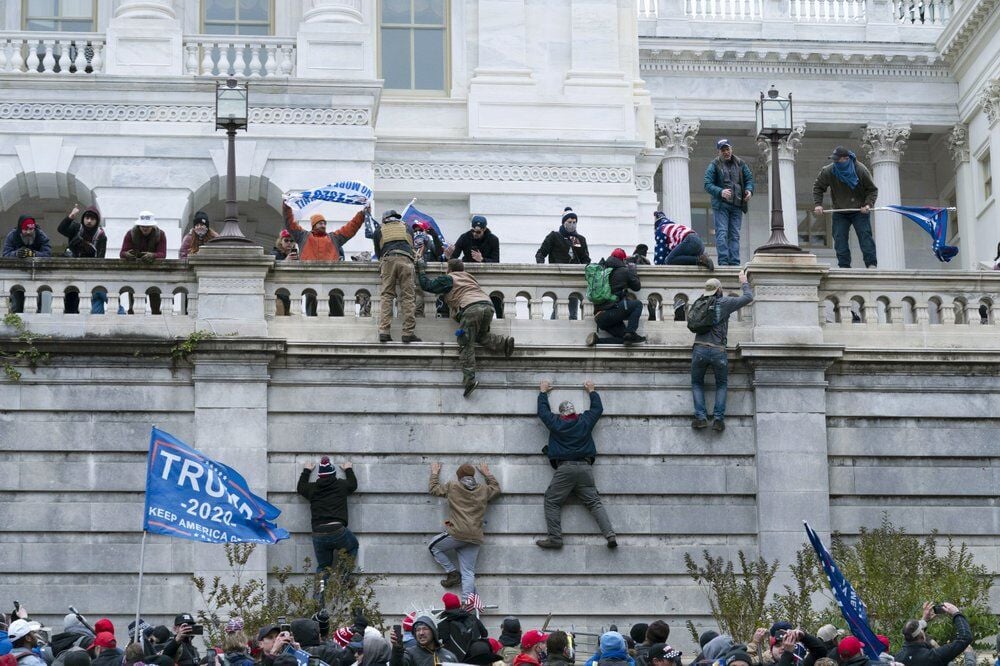 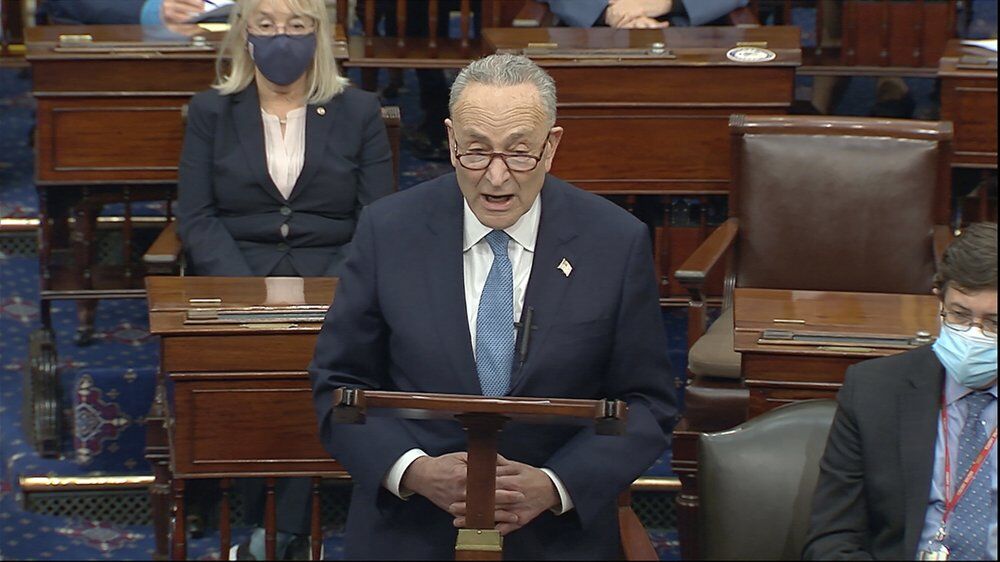 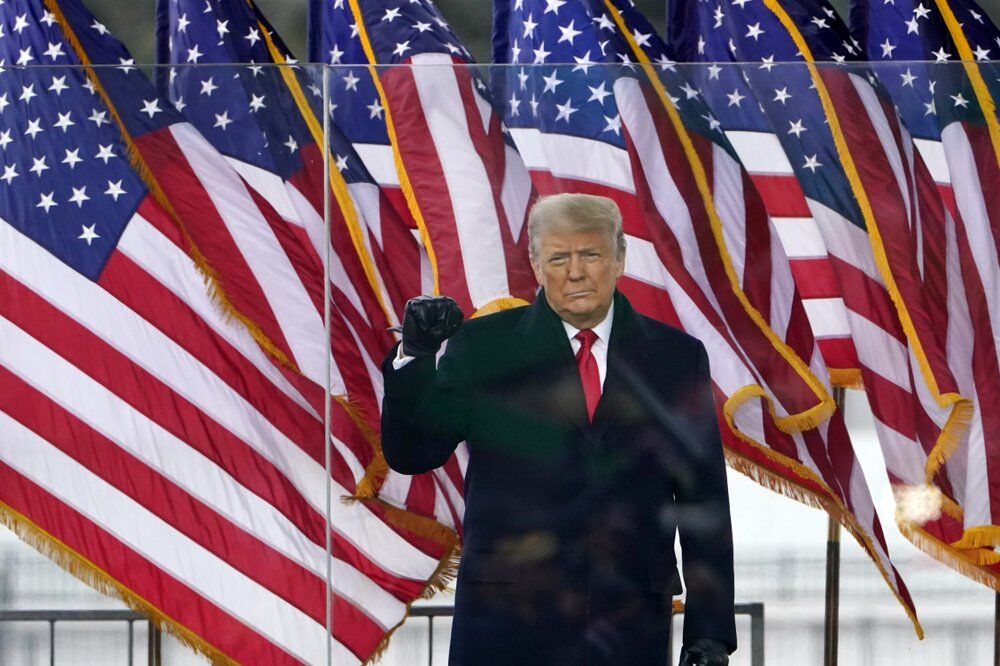 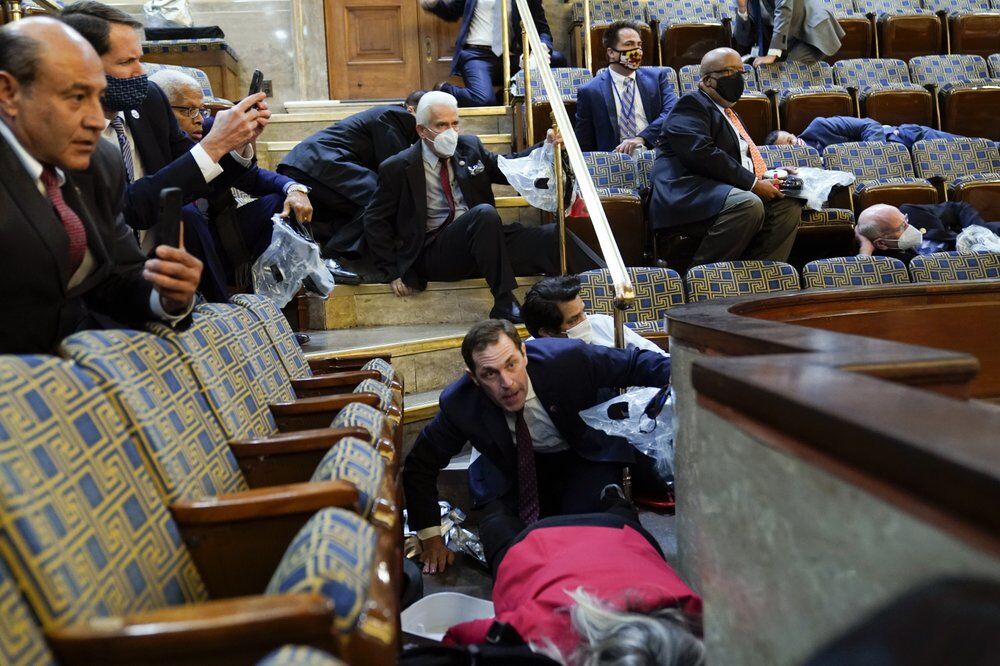 There are moments in history that are so profound that they are forever etched in your memory. For me, they include the day the last soldier came home from Vietnam in 1973; the day the space shuttle Challenger exploded before my eyes during my first week in television news in 1986; the takedown of the World Trade Center twin towers in New York on Sept. 11, 2001; and now, Jan. 6, 2021, the day traitorous thugs broke into the U.S. Capitol to prevent the certification of the 2020 election and shredded the fabric of our democracy. It was our darkest hour.

Absent of security, the MAGA-hat wearing mob streamed through windows and doors, snaking through the Capitol during a joint session of Congress. They invaded the Chamber, sending legislators diving behind seats before security forces came to the rescue and rushed them to safety. One gangster sat in the speaker's chair and took a selfie. Another found Nancy Pelosi's office and took a load off.

Inside and outside of the Capitol we saw several flags. I watched invaders on a scaffold bringing down an American flag to attempt to try and raise a Trump flag in its place. There were confederate flags and even Jesus flags. Many were armed. They were a motley crew – a witches’ brew of white supremacists, neo-Nazis, Proud Boys, Qanon followers, secessionists, anarchists, domestic terrorists and a sundry of other evildoers.

It took what felt like forever to mobilize the D.C. National Guard and other armed forces while the mob continued to party hearty in the Capitol. We all know that if members of that mob had been Black they would have been shot where they stood. Instead, these insurrectionists were treated with kid gloves.

In contrast, a peaceful Black Lives Matter demonstration with Black, white and brown in attendance just six months ago was tear-gassed by National Guard troops at a significant distance from the White House.

We know who is responsible for the double standard. Donald Trump. President Trump ordered the attack on Black Lives Matter demonstrators and he must have ordered security forces away from the Capitol to give the mob easy access. Anybody who thinks those forces were taken by surprise while they were perhaps still hungover from New Year's Eve may want to buy a plot of swampland in the Florida Everglades. A thorough investigation is paramount.

Even when Trump was finally persuaded to make a public entreaty to implore his mob to stand down, he released a recorded statement with a wink and a nod – telling his people, “We love you, you're very special,” but it's time to go home. It was hardly a condemnation, and frankly an embarrassment the world won't soon forget.

Thankfully, Congress reconvened to fulfill its duty at 8 p.m. Sen. Corey Booker of New Jersey noted that this was the first time our Capitol had been breached since 1812, when it was burned to the ground by redcoats. The British sent an invading army. Booker noted that “this time we brought this hell upon ourselves,” because Trump has been allowed to get away with the lies that are fomenting what we saw today.

Chuck Schumer, in line to be the next Senate majority leader with today's double Senate runoff victory in Georgia, rightly quoted Franklin D. Roosevelt by referring to today's events as a day which will live in infamy. I provide Roosevelt's full quote in context here:

“Yesterday, December 7, 1941, a date which will live in infamy, the United States was simultaneously and deliberately attacked by naval and air forces of the Empire of Japan.” Roosevelt ended that speech with the following: "No matter how long it may take us to overcome this premeditated invasion, the American people will in their righteous might win through to absolute victory."

Like that dangerous time in 1941, American democracy will overcome, and with righteous might win through to absolute victory. The road to victory began with the confirmation of the 2020 election by the U.S. Congress at 4 a.m. Jan. 7. It will continue when Joe Biden and Kamala Harris are sworn into office on Jan. 20.

Thanks to the valiant photo journalists and videographers who didn't run when the coup plotters invaded the Capitol, but instead documented every horrifying moment, we have evidence. These journalists are the real patriots. May every last member of the treasonous mob be brought to justice.