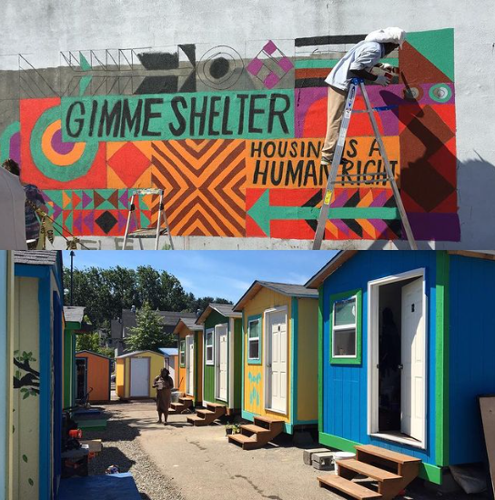 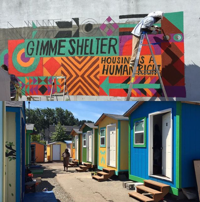 A mural painted above Othello Village, a city-sanctioned community with tiny homes and tents in Seattle for the homeless. 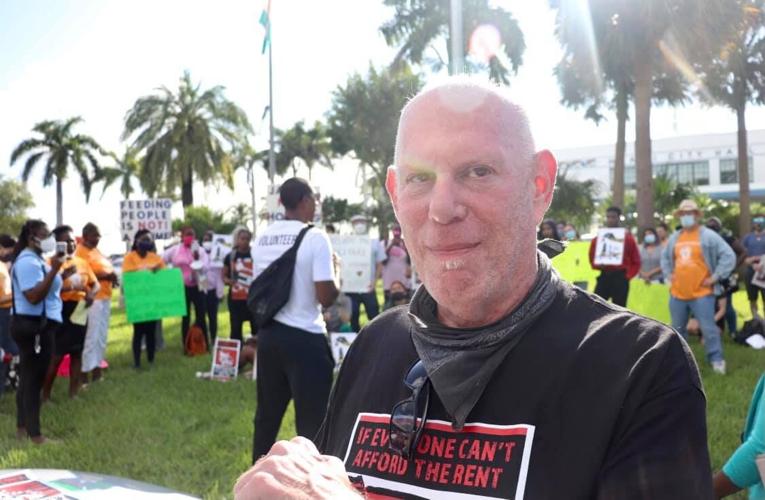 While the bad reviews of Miami City Commissioner Joe Carollo's 'tiny homes' proposal for Virginia Key, now catching national and even international headlines, roll in one after another, it's essential to recognize that eliminating one terrible idea doesn't mean that the next one will be all that great. That the plan has now been put on hold 'for at least six months' according to city leaders, even if that ultimately means forever, should give us no comfort.

The response has been almost universally negative, except among the three Miami commissioners who voted for the idea – Carollo, Christine King and Alex Diaz de la Portilla – and loyal bureaucrats.

An online petition opposing the plan has garnered around 14,000 signatures and counting. And during a recent virtual town hall hosted by Miami-Dade Commissioner Raquel Regalado (in whose district Virginia Key sits), featuring county leaders including Miami-Dade County Mayor Daniella Levine Cava and Miami-Dade Homeless Trust Chair Ron Book, they and dozens of observers panned the idea.

Regalado, not mincing words in parsing out how strongly she opposed the plan, made clear at the outset that her stance was neither a soft nor a hard 'no', but rather a "Hell no!" She even threatened legal action if the plan were to move forward. Politicians are rarely so committed unless they know precisely which way the wind is blowing.

Aside from the opposition from the political class, condemnation has rung out from Biscayne Bay paddlers and kayakers, cyclists who use the island's bike trails, and environmentalists whose righteous desire is to keep the key and its beaches as pristine as possible.

Yet others, cognizant of Virginia Key's history as the erstwhile enclave of Miami's only beach where Black residents could safely swim, have reviled a plan in which a majority black population of up to 100 homeless people, already looked down on by so many in our culture, would be deposited in a Bantustan miles from civilization and the connections they need to move forward.

But as this bad plan goes down in flames as it should, what's the next bright idea? Homeless Trust Chairman Book acknowledged that tiny homes in an alternative location, closer to services, could work. The city, itself, had also proposed two other locations north of downtown as it approved the Virginia Key idea, and the county may have some ideas of its own. But as currently framed, these tiny home encampments can't be considered what the rest of us would call housing.

Housing doesn't mean being monitored 24/7 by security guards or police. It doesn't mean being unable to crack open a beer or make any other decision without the nanny state immediately sticking its hyper-sensitive nose into one's business. Housing, as it is for the rest of us, means having a measure of autonomy and freedom, while also being subject to laws, some of which housed people, including the very powerful, skirt all day long with impunity.

The Western Regional Advocacy Project (WRAP), a homeless advocacy coalition based in San Francisco, has rightly called out state-sanctioned encampments for what they are, a means of control and a justification for enhanced homeless criminalization of those who don't want to live in such controlled environments – including homeless shelters – and for labeling those who choose autonomy as "service resistant," when the reality is they just want a place to call their own. A recent presentation hosted by WRAP laid out their position.

The fact is, we've already witnessed the city of Miami and its euphemistically named Homeless Empowerment Assistance Teams (HEAT) harass unsheltered homeless people and systematically destroy the property of dozens of unsheltered residents over the past two years. Four of those individuals are now plaintiffs in a federal lawsuit against the city over the property trashing.

If a tiny home village is really to be a "transition zone," as the city has dubbed them, then we need to enable the autonomy, growth and support that human beings need to thrive. That support, in the form of intensive case management, not cops, cannot be overstated.