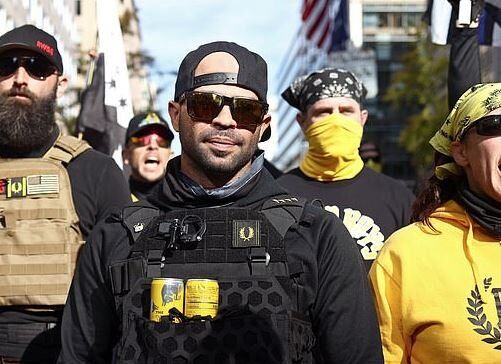 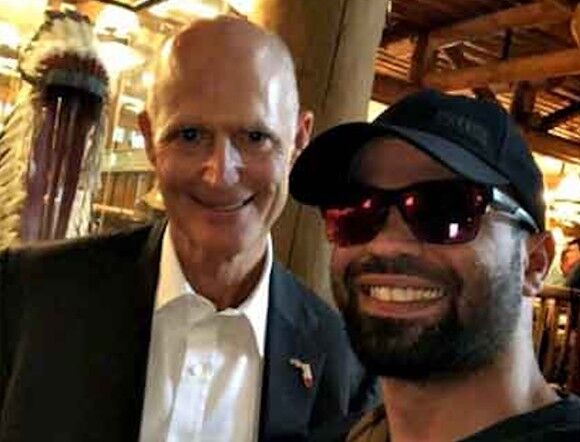 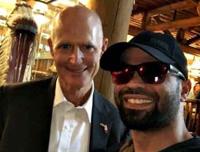 Last week, we learned that a lawsuit was filed against eight members of the Miami-Dade Police Department for interfering with free speech and unlawful detainment. It stems from an incident involving Miami-Dade Proud Boys chapter leader Enrique Tarrio. According to court pleadings, a group of protesters gathered outside of his home to protest his presence and abhorrent views. The white extremist views of the Proud Boys have caused the group to be deemed a terrorist organization by Canadian authorities, and a hate group by the Southern Poverty Law Center. Multiple members have been arrested for their roles in the attempted coup of the U.S. government on Jan. 6, 2021.

The plaintiffs say that when police responded, they were told a permit was required even though they were on a public thoroughfare, and that they would have to disperse and end their protest. They disagreed but left the area, decamping to a nearby fast food restaurant to regroup and discuss what to do next. Police officers pulled in behind them and blocked their exit from the parking lot. Officers (who weren’t wearing name tags) then got out of their cars and started loudly calling out protestors’ license plate numbers and running their vehicles. When a passenger in one of the cars tried to call a rideshare to leave, the rideshare vehicle was blocked in by police as well.

If this version of events is accurate, there are a number of problems with this scenario. First, it is well-settled law that one can protest without a permit in a public thoroughfare. As long as protestors stay on the sidewalk, do not block the public’s access or enter private property, no permit is required. A similar demonstration happened last summer when a group of protesters showed up in front of the house of State Attorney Katherine Fernandez Rundle. They remained on the public way, did not go onto private property and their protest was allowed to continue.

It is possible that officers who responded to Tarrio’s house did not know the law, but that is very unlikely. Once the protesters left the area, they complied with the police request. There was no reason for officers to follow them or to run their plates. They were not involved in criminal activity, nor were they alleged to have broken any laws. This was pure intimidation. Tarrio previously served as an informant for multiple police agencies, but once that became public, he is no longer of any use to law enforcement in that capacity. So protecting him for crime-solving purposes is not an issue here.

At a time when our country is reckoning with an attempted coup on our own soil during which members of law enforcement were seen ushering in some of the rioters, and with the FBI investigating the spread of white extremism throughout police departments around the country, this is not a very good look for the Miami-Dade PD. We have to pose the painful question: Are there white extremists within our local police departments, and are they protecting people who hold racist views?

The fact that these officers did not wear name tags – and they were not in plainclothes – shows that they knew the actions they were engaging in were wrong and wanted to escape accountability. If the police cannot be trusted to enforce the laws equally when it comes to protest, how are things going to proceed if Gov. DeSantis’ misguided anti-protest bill HB1 becomes law?

If passed, HB1 will give police the ability to arrest protesters for felonies that carry stiffer penalties, with no real standard as to what is considered a peaceful gathering versus what is considered a riot. It also would prevent cities and counties from directing funds to other social service programs instead of to the police budget. If members of the police department would rather protect white extremists than the Black and brown communities they serve – with our tax dollars – we need to have a say in the matter. This is another reason why Florida residents should reach out to their legislators to vote no on this horrible bill.

This lawsuit promises to be very interesting and will hopefully shed light on the practices of the Miami-Dade PD as it relates to protests. The plaintiffs are suing for policy change to ensure that they will be able to protest as long as they do so without trespassing on private property. It is critical, as per our U.S. Constitution, that protestors are treated equally, whether or not officers agree with their message. The discussion is going to be more critical in the coming years, especially as we address issues of social justice and inequality in our criminal justice system.

Melba Pearson is an attorney, writer, speaker, wife and expert on criminal justice issues. She previously served as a homicide prosecutor in Miami, and as deputy director of the ACLU of Florida. Follow her on Twitter @ResLegalDiva.