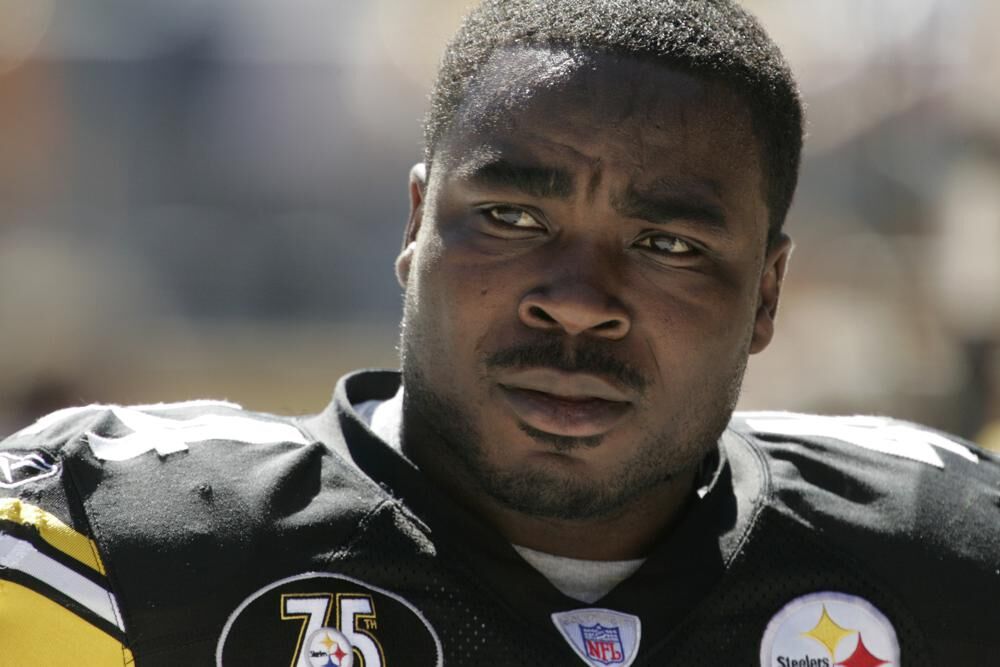 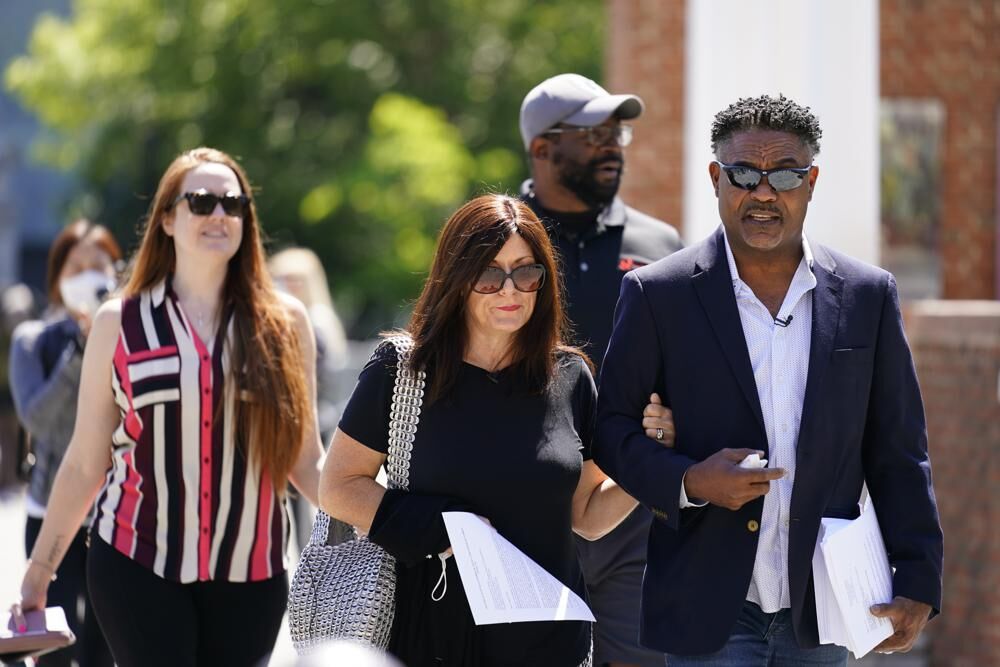 Former NFL players Ken Jenkins (R) and Clarence Vaughn III, along with their wives, Amy Lewis and Brooke Vaughn (L), walk to the federal courthouse in Philadelphia May 14, 2021.

The NFL agreed to end race-based adjustments in dementia testing that critics said made it difficult for Black retirees to qualify for awards in the $1 billion settlement of concussion claims, according to a proposed deal filed last week in federal court.

The revised testing plan follows public outrage over the use of “race-norming,” a practice that came to light only after two former NFL players filed a civil rights lawsuit over it in 2019. The adjustments, critics say, may have prevented hundreds of Black players suffering from dementia to win awards that average $500,000 or more.

The Black retirees will now have the chance to have their tests rescored or, in some cases, seek a new round of cognitive testing, according to the settlement, details of which were first reported in The New York Times last Wednesday.

The proposal, which must still be approved by a judge, follows months of closed-door negotiations between the NFL, class counsel for retired players and lawyers for the Black players who filed suit, Najeh Davenport and Kevin Henry.

The vast majority of the league’s players – 70% of active players and more than 60% of living retirees – are Black. So the changes are expected to be significant, and potentially costly for the NFL.

To date, the fund has paid out $821 million for five types of brain injuries, including early and advanced dementia, Parkinson’s disease and Lou Gehrig’s disease, also known as ALS.

Lawyers for the Black players suspect that white men were qualifying for awards at two or three times the rate of Blacks. It’s unclear whether a racial breakdown of payouts will ever be done or made public.

Black NFL retiree Ken Jenkins and others have asked the Civil Rights Division of the Justice Department to open an inquiry. The first payouts were awarded in 2017. The fund, now uncapped, is intended to last for 65 years, to cover anyone retired at the time it was first approved.

To date, about 2,000 men have applied for dementia awards, but only 30% have been approved. In some cases, the NFL appealed payouts awarded to Black men if doctors did not apply the racial adjustment. The new plan would forbid any challenges based on race.

“The NFL should be really enraged about the race norming. … That should be unacceptable to them and all of their sponsors,” Roxanne “Roxy” Gordon of San Diego, the wife of an impaired former player, said earlier this week.

Amon Gordon, a Stanford University graduate, finds himself at 40 unable to work. He has twice qualified for an advanced dementia award only to have the decision overturned for reasons that aren’t yet clear. His case remains on review before the federal appeals court in Philadelphia.

The NFL would admit no wrongdoing under terms of the new settlement.

The league had agreed in June, amid the uproar, to halt the use of race-norming, which assumes Black players start with lower cognitive function. That makes it harder to show they suffer from a mental deficit linked to their playing days.

The binary scoring system in dementia testing – one for Black people, one for everyone else – was developed by neurologists in the 1990s as a crude way to factor in a patient’s socioeconomic background. Experts say it was never meant to be used to determine payouts in a court settlement.

More than 20,000 NFL retirees or relatives have registered for the settlement program, which offers monitoring, testing and, for some, compensation. The awards average $715,000 for those with advanced dementia and $523,000 for those with early dementia.

“If the new process eliminates race-norming and more people qualify, that’s great,” said Jenkins, who does not have an impairment but advocates for those who do.

“(But) we’re not going to get everything we wanted,” Jenkins, an insurance executive, said. “We want full transparency of all the demographic information from the NFL – who’s applied, who’s been paid.”

Senior U.S. District Judge Anita B. Brody, who has overseen the settlement for a decade, dismissed the suit filed by Davenport and Henry this year on procedural grounds. But she later ordered the lawyers who negotiated the 2013 settlement – New York plaintiffs lawyer Christopher Seeger for the players and Brad Karp for the NFL – to work with a mediator to address it.

In the meantime, the Gordons and other NFL families wait.

“His life is ruined,” Roxy Gordon said of her husband, who spent nearly a decade in the league as a defensive tackle or defensive end. “He’s a 40-year-old educated male who can’t even use his skills. It’s been horrible.”