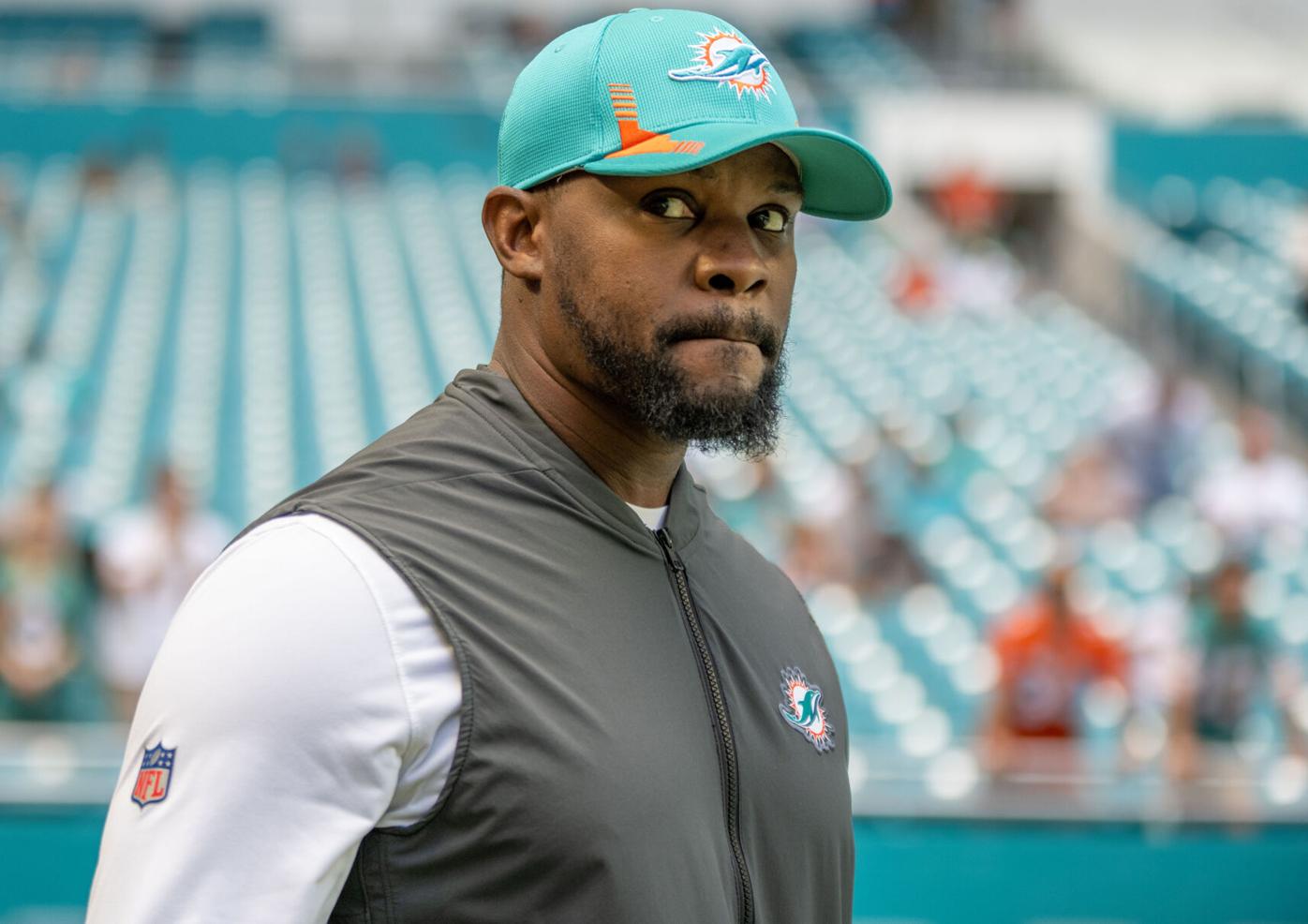 Brian Flores posted a 24-25 record in three seasons as head coach of the Miami Dolphins. 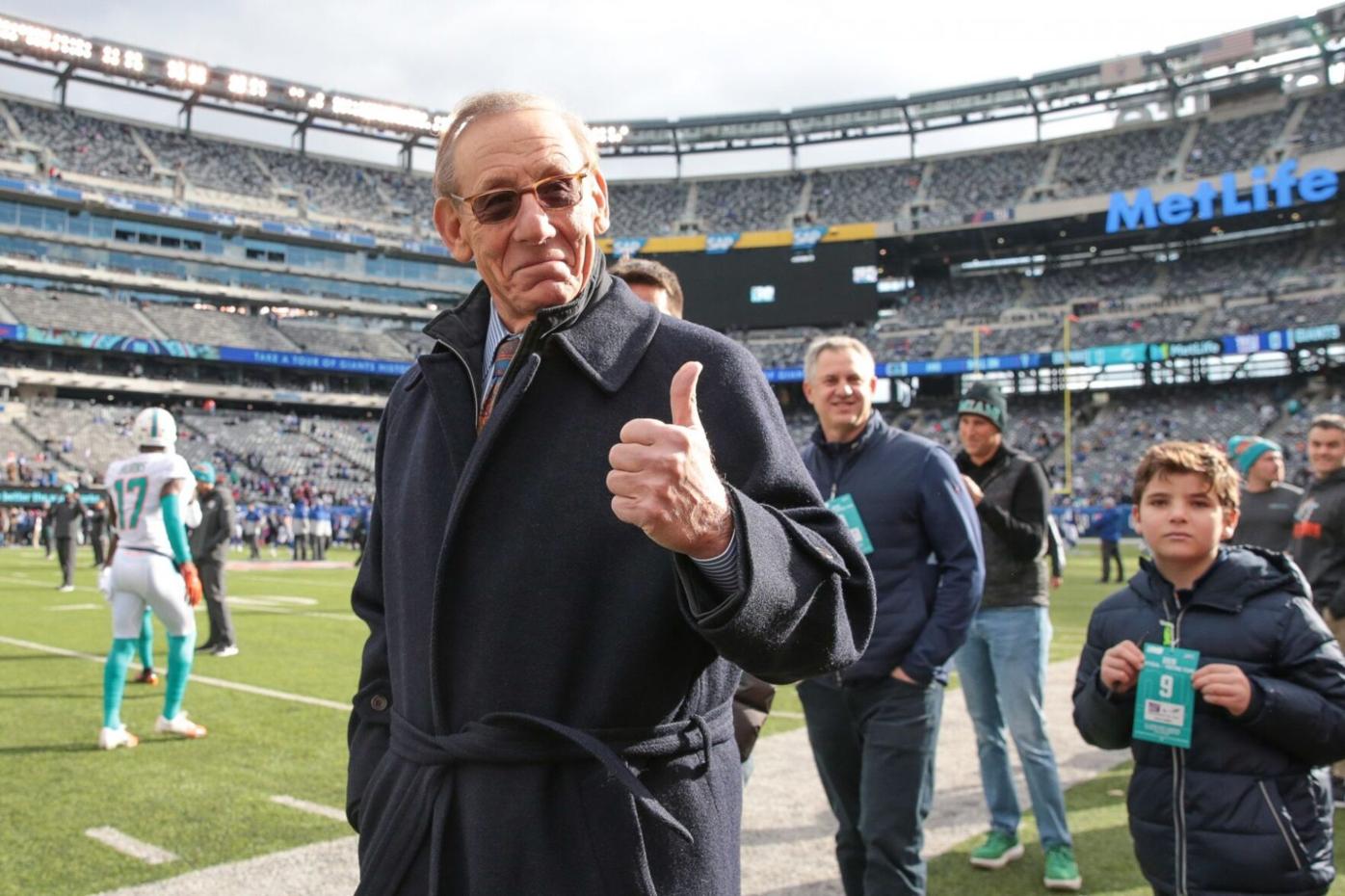 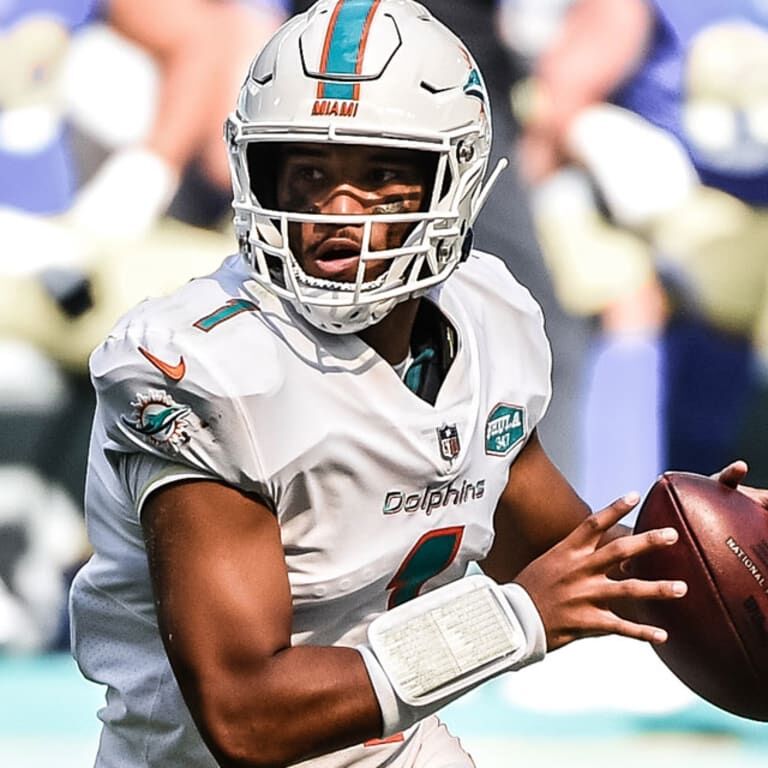 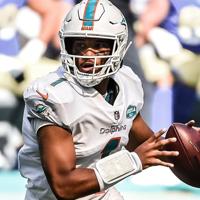 Tua Tagovailoa's future with the Miami Dolphins is up to the team’s next head coach.

What was shocking to many is that the decision to let Flores go came one day after the Dolphins defeated their AFC East divisional rivals, the New England Patriots, in their season finale 33-24. The Dolphins had back-to-back winning seasons for the first time since 2000. What is typically known as Black Monday – the annual day following the end of the regular season where team owners issue pink slips to personnel that fell short of expectations – came with many surprises.

Team owner Stephen Ross started the press conference following the decision to fire Flores stating: “First, I’d like to thank Brian Flores for all that he’s done for the Miami Dolphins. He’s a very good man and I wish him the best. I’m sure we’ll see him again as an NFL coach.”

“I’ve been looking at this over three years now and watching the organization grow,” Ross added. “I think an organization can only function if it is collaborative and it works well together. I don’t think that we were really working well as an organization that it would take to really win consistently at the NFL level.”

Regardless of the owner's criticism, Flores graciously thanked the Miami Dolphins for the opportunity to serve as head coach in a statement provided to ESPN.

“It was an honor to represent the franchise and lead this group of men. I am grateful most of all for the players, coaches and support staff who gave everything they had on a daily basis to help us win games. They deserve the credit for any success on the field, and it was the honor of a lifetime for me to go to work with them every day."

The Dolphins started off the season going 1-7 with a seven-game losing streak, which followed the team pulling off seven consecutive wins to bring its record to 8-7 with the two games remaining. The team failed to win both games, which ended its postseason chance.

Now begins the interviewing process to confirm who will be the team’s 13th head coach. The last two Dolphins coaches were given three seasons (Flores, and before him, Adam Gase) to show what they could do. Prior to that it was four seasons with Joe Philbin, who was let go after a 1-3 start and relieved by Dan Campbell for the remainder of the season.

Perhaps even more shocking than firing Flores – one of the few Black head coaches in the NFL – was the decision to keep general manager Chris Grier, although Miami missed the playoffs for the fifth consecutive year and in five of Grier’s six seasons as GM. Rumor has it there was power struggle between Flores and Grier, who has been with the Dolphins since 2016, and Grier won.

“I think we have a very fine, excellent roster of young players,” said Ross. “This was all done in the last three years. We had an old, aging roster before that was leading us nowhere but to mediocrity, and I think that if you look at our roster today, you see our salary cap and the players we have, I think we are well suited for the future.”

Those talented young players includes wide receiver Jaylen Waddle, who broke the NFL record for rookie receptions in a season with 104 catches. Waddle also finished the year with more than 1,000 yards receiving. There also were several key defensive pieces, such as defensive end Jaelan Phillips and safety Jevon Holland.

The next role that will come into play is the quarterback position.

“It will be up to the head coach in terms of what he does with the quarterback,” said Ross. “Tua, as I said before, I have a lot of confidence in Tua. It is really going to be dependent on who the next head coach is and the direction that he wants to take at that position.”

In the two seasons that Tua Tagovailoa has been with the team, he is 13-8 as a starter and has a better winning percentage than his counterparts from his draft class (Joe Burrow and Justin Herbert).

So, what is management looking for in the next head coach?

“We’re going to look for the best man. Certainly, having the experience always helps. I’m sure, if we believe we found somebody that is exceptional that’s been a coordinator or some other position in football, I certainly would look at that very seriously. Our mind is open. We’re looking for someone that could work together in taking this roster and taking it to its next level,” Ross said.

Ross wants to win the Super Bowl in a short time frame and missing the playoffs for the past three seasons did not help fulfill that goal.

“I’ll take all responsibility. I am the owner of the team and if it’s not working, it’s up to me. That is why we are making a change,” said Ross.

Grier stays on as Dolphins GM