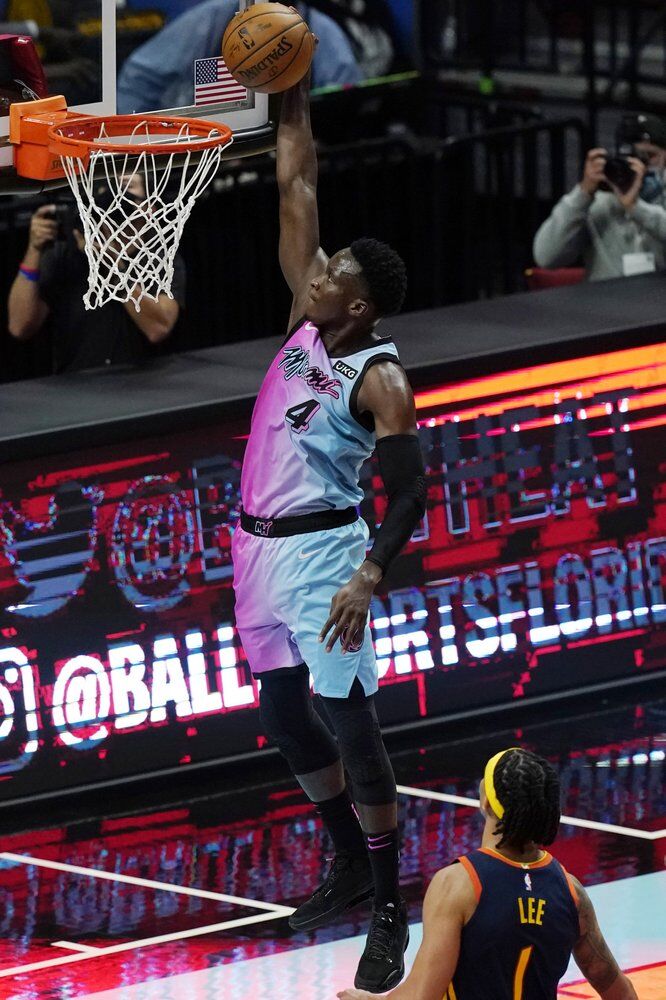 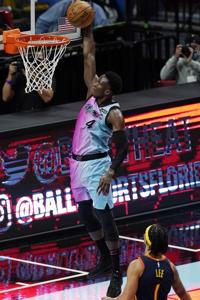 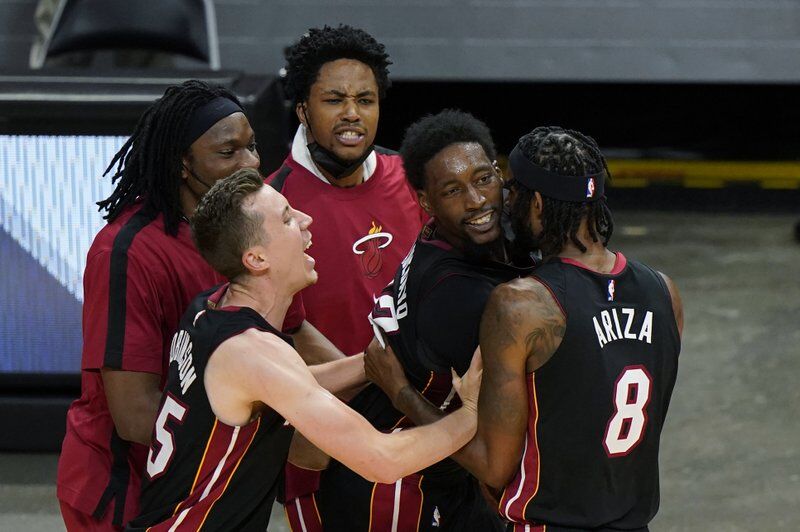 The NBA regular season is winding down and the Miami Heat finds itself in the middle of a playoff push, with just a few games separating it from clinching a guaranteed playoff spot or having to take part in the new play-in tournament featuring teams that are seeded 7-10. That being said, the margin for error is slim.

Each is given a bag of tools,

A book of rules;

And each must make –

For the Heat, this season has been a battle. The defending Eastern Conference Champions have made some adjustments to the roster by adding two-time NBA All-Star Victor Oladipo to the team to add some depth and bring a boost to the offense on scoring. Oladipo looks to come back healthy, just in time for an extended playoff push by the team. In the four games that Oladipo has played thus far for the Heat, he has averaged 12 points.

The Heat have also acquired NBA champion Trevor Ariza for a power forward position. Born in Miami, Ariza can now play in front of family and friends for the home team.

“It means a lot to me to be here, the Heat were one of my first workouts when I was a rookie 17 years ago … this is a franchise that I always wanted to play for and most of my family is already here, so it’s exciting,” said Ariza.

Ariza opted out of playing last year amid the pandemic to spend time with his family, so he hasn't played ball in a year. Since joining the Heat, he has assumed the culture and will play a vital role as an experienced veteran during playoff time.

After the Heat were exposed in the finals last year when Bam Adebayo went down with an injury, the team was unable to keep up with the Los Angeles Lakers when it came to controlling the boards and interior defense. Looking to fill that void, the Heat were desperate to add a center to its roster.

The team dodged a bullet when they lost out on the LaMarcus Aldridge free agency sweepstakes to the Brooklyn Nets. Aldridge, a seven-time All-Star, had to suddenly retire from the NBA due to an irregular heartbeat. After missing out on him, the Heat added center Dewayne Dedmon to the roster, who quickly stepped in as the primary backup to starting center Adebayo.

“I feel like I fit on the defensive end, helping with the rim protection, helping rebound, getting more opportunities for these shooters we’ve got here. So, I come in, block a couple of shots, get a couple more offensive boards, provide a little more offense for the guards. I feel like that will help a lot,” said Dedmon.

The only player in Heat franchise history who has been named the Defensive Player of the Year is Alonzo Mourning, who earned the award twice: in the 1998-99 season and again the following 1999-00 season. The Heat began a social media campaign last week for Adebayo to be considered for the honor with the hashtag #BAMDPOY. Last season, Adebayo earned a spot on the NBA’s All-Defensive Second Team.

The NBA play-in tournament begins May 18; the NBA playoffs start on May 22.